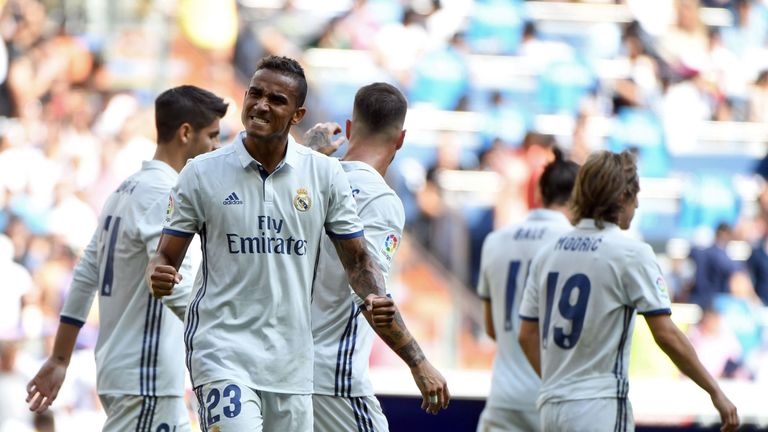 Manchester City are close to signing Real Madrid defender Danilo in a deal worth £26.5m.

Chelsea were in talks over a deal for the Brazilian defender, who was second-choice right-back at Real for much of last season.

But Sky sources say City will pay a straight fee for the 26-year-old – less than a week after they made another right-back, Kyle Walker, football’s most expensive defender.

Danilo started 17 times in La Liga for champions Real last season, but Dani Carvajal was preferred for most big games including the Champions League final.

Pablo Zabaleta and Bacary Sagna, Pep Guardiola’s two regular right-sided defenders in his first season at City, have both left the Etihad.