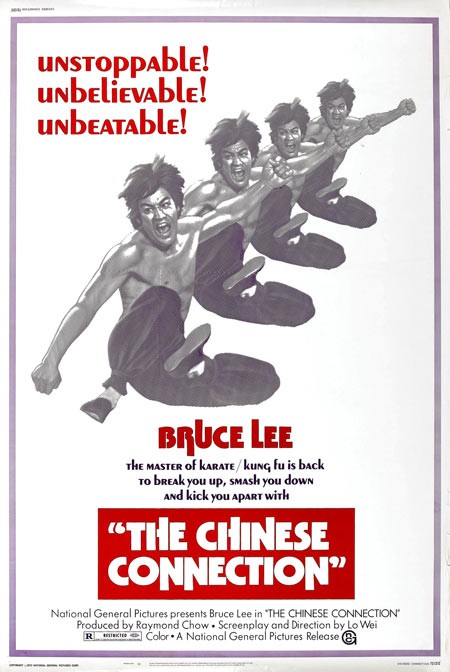 A worker with Bedmate Furniture Company, Magboro, Ogun State, William Ekanem, is in pain after his spinal bone was allegedly damaged by his Chinese boss, identified as Master Wan.

PUNCH Metro learnt that Master Wan, who is skilled in kung fu, had demanded to see a bag of rice which Ekanem bought from a foodstuffs seller, identified as Iya Melo, on the premises of the company.

The 27-year-old had reportedly challenged the Chinese for poking his nose into his personal business.

After forcefully checking the content, Ekanem said he was leaving when Master Wan allegedly gave him a kick in the back, which sent him sprawling on the ground.

The suspect was said to have stamped his foot on the victim before he was rescued by some other workers on the premises.

Our correspondent gathered that since the incident, Ekanem had not been able to walk well or stand straight.

The victim said although the case was reported at the Ibafo Police Station, the Divisional Crime Officer allegedly took a N50,000 bribe from the Chinese company.

He was said to have backed the company against the Uyo, Akwa Ibom State indigene, who was accused of exaggerating the assault.

Ekanem, during a chat with our correspondent, noted that the incident happened sometime in April.

He said, “I joined the company on January 7, 2007 and rose to become a foreman, overseeing black workers in a department of the company. Despite working for long, my salary is only N34,000. I don’t have an identity card and I am not a member of staff just like the rest of the over 300 workers at the company.

“Sometime in April 2017, I approached the foodstuffs seller on the premises to give me rice and groundnut oil on credit pending when we would be paid our salaries at the end of the month.

“I was taking the foodstuffs to the office when Master Wan demanded to know what was inside the bag. Because he didn’t understand English, I simply said, ‘rice, chop-chop’.

“He dipped his fingers into the sack and checked it. I protested against the action. He hit me in the chest as I collected my bag from him. I was walking away when he suddenly gave me a kung fu kick from the back. I fell. He charged at me with his foot and pinned me to the ground. I lay on the floor and started groaning with pain as some people came to drag him away from me.”

He said he was thereafter taken to a private hospital in the Arepo area, where he was given an injection.

PUNCH Metro learnt that the company gave Ekanem N10,000 for his medical expenses, while the company’s Nigerian manager, identified only as Lekan, assured the hospital that Bedmate would pay for all the expenses.

He was said to have been asked to go home by the doctor, who said a specialist would be contacted to treat him.

Upon Ekanem’s return to the hospital the following Monday, it was learnt that the result of a test he did showed his spinal cord had “shifted”.

The doctor reportedly gave him a list of drugs and asked him to take time off to rest.

The victim said the pain,, however, aggravated as he could no longer sleep.

“I went to the company to collect my N34,000 salary. When I got there, they gave me N24,000 and said they had removed the N10,000 they gave me for my feeding and treatment at the hospital.. I broke down in tears at the company. I could not believe they could treat me so shabbily. I left in anger.  I was thinking about the situation on the road when I slumped,” he added.

He said together with a friend and some rights activists, the case was reported at the Ibafo Police Station.

PUNCH Metro was told that the Ibafo DCO detailed two policemen to join Ekanem in arresting the Chinese man at the company on that Friday.

Master Wan, however, reportedly fled and went into hiding on sighting the policemen at the company.

The policemen were said to have been kept waiting for over two hours on the company premises as Lekan, the Nigerian manager, reprimanded Ekanem for inviting the police.

“When it was getting dark, Lekan promised to bring Master Wan to the station by 10am the following Monday. He followed us back to the station and promised the DCO that he would personally bring the man.  He gave the DCO N50,000 in our presence,” the victim said.

Our correspondent was told that by 8am on Monday, Lekan, the Chinese head of the company and others arrived at the station without the suspect.

Ekanem said he was called by his brother, who asked him to hurry to the station.

The DCO allegedly supported the company and scolded Ekanem’s brother for not resolving the issue amicably.

“I started crying. I told him that if I were his son, would he say such a thing to me? Shortly after, the Chinese head asked me and my brother to excuse them. As we were stepping out, I sighted him giving the DCO another envelope.

“Our lawyer arrived shortly after and started an argument with them. The lawyer threatened to report the DCO to the Area Command and transfer the case from the division,” the 27-year-old added.

It was learnt that the police later referred the victim to another private facility, Divine Touch Hospital, Ibafo.

Lekan, the Nigerian manager, was alleged to have pressured Ekanem to drop the case, saying he could not fight the Chinese company due to his poor background.

He was reportedly abandoned at the hospital for two weeks, as the police and the company refused to care for him.

The matter was subsequently transferred to the Sagamu Area Command.

Ekanem was said to have been referred for further checks and treatment at the General Hospital, Owode.

The company’s lawyer, Ayo Durojaiye, later said the company had decided to give the victim N134,000.

“The lawyer said it was because I was hungry that I looked malnourished. He said the company had instructed that I should spend N100,000 on my feeding, and take N34,000 as my salary. He said I could return to work afterwards. My lawyer disagreed with him and expressed disgust over my treatment,” he added.

Ekanem’s lawyer, Felix Emeruwa, demanded an apology from the company and payment of N50m compensation.

Emeruwa, in a letter addressed to the Area Commander, Shagamu Command, accused the company of attempting to suppress justice in a case of assault occasioning harm, inhuman treatment and discrimination.

The lawyer also accused the Arepo hospital of compromising medical ethics in order to please the Chinese company.

“As we speak, our client is seriously emaciated, suffering several pains at the back and dying gradually as a result of the attack on him by the Chinese man. We believe that the spinal cord of our client is now seriously affected. We consider the action of Master Wan as cruel, wicked and an attempt to subject the life of our client to the sacred form of sadism,” the letter read in part.

A medical test conducted by Divine Touch Hospital, according to Emeruwa, revealed that Ekanem suffered “loss of lumbo, sacral curvature, and associated muscular spasm resulting in his inability to walk, bend and flex.”

When contacted, Dr Dotun Odofin of Divine Touch Hospital, said for the two weeks that he treated Ekanem, Bedmate did not pay him anything, adding that instead, he spent his personal money on the patient.

He said, “Physical examination showed that there is a loss of curvature. The effect of that is that there is a problem with his mobility. He cannot stand straight or walk freely.  I brought in a physiotherapist for the treatment. What he actually needed was to complete his treatment which will span for a month.

“He does not need any surgery or any other treatment. The physiotherapist charged N100,000 for one month and two weeks treatment.

The doctor at the Owode general hospital, who did not want to be identified, said the victim was not exaggerating the effect of the assault.

The Nigerian manager of Bedmate, Lekan, insisted that the victim was pretending, adding that he could not talk about the incident.

“I can’t say anything on it because I was not there when it happened between them. The only thing I know is that the guy is pretending,” he said.

The company’s lawyer, Durojaiye, promised to get back to our correspondent after a meeting with Ekanem’s lawyer, Emeruwa.

He did not get back as of press time and did not reply calls and a text message sent by our correspondent.

A musician and member of the Peace Messengers, Rachael Sparkle, described the incident as sad.

She said efforts by her group to settle the case had been frustrated by the company, who treated them with disdain.

Her husband, Ras Sparkle Black Moses, said, “It is unbelievable that these Chinese men can come to our country and treat us as they like. Can you imagine that up till now, the police have not arrested this man? They don’t even care.”

“I am trying to get in touch with one of the officers at the station. I will get back as soon as I get a feedback from Ibafo,” he added.