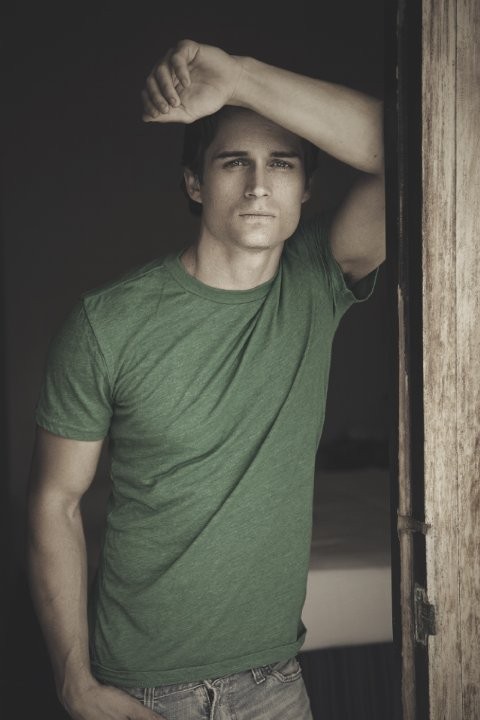 Jon Ecker is heating up Queen of the South with his role as Guero, but the actor has a great storyline on and off the camera.

The 34-year-old star is all too familiar with TV sets given that his father is Guy Ecker, one of the biggest Spanish-Telenovela actors.

“I think the most important thing that I learned from him wasn’t about how to act, but how to stay sane being an actor. It has a lot of ups and downs and is filled with rejection. So I think from him I learned how to hang it all up at the door when I come home and how to separate my personal life and any feelings of contentment from whatever may be going on in my professional life whether it be good or bad,” the actor exclusively tells E! News. “I”m his biggest fan!”

We’ve seen Ecker in badass roles in both Queen of the South and Narcos, so we had to ask, how does he prepare to play these characters?

“I look at my characters in a non-judgemental way. I try to understand why they make the decisions they make and what motivates them. People are very complex, and I just try to understand where they’re coming from and ground it in things that are universally relatable, like love, ambition, insecurity, fear, etc…,” he explains. “Guero is a charismatic drug trafficker who was motivated by the adrenaline rush until he met Teresa, the love of his life. In the second season, he’s driven by a desire to get her back and to keep her safe.”

The Texas native, who recently took our E!Q, tells us that he’s really excited about his character’s development, especially his portrayal in a certain episode.

“This season Guero is reunited with Teresa in episode 202, and it’s intense, but it’s not going to be easy. He has been gone for some time, and a lot has happened since new people are coming into Teresa’s life. There is a lot of action and drama this season,” he explains.

Ecker also worked in Spanish television before heading to Hollywood, and he feels that speaking two languages has only strengthened his career growth.

“I originally started getting roles in Spanish-speaking shows, and it’s just recently that I’ve been reading for English-speaking shows. I think being bilingual was definitely a big advantage. Just like with most jobs, there are a lot of people competing for a limited number of spots, so anything that helps you stand out is a plus,” he says.

When Ecker isn’t acting, he likes to spend his time off somewhere outdoors and probably on the water.

“I love to sail and camp. I studied marine biology, and I really feel at home and peace near the ocean and away from the grind of the city,” he says.