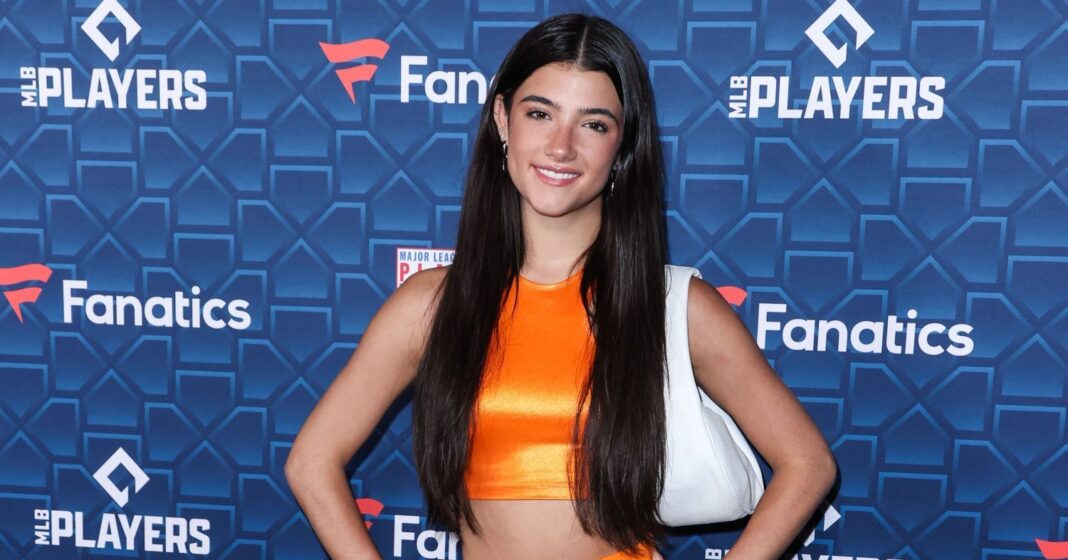 Bringing a classic cartoon to life. Charli D’Amelio and Mark Ballas dressed as Marge and Homer Simpson for their Disney+ Night performance on Dancing With the Stars.

“Mark my words, that is about to go viral,” judge Derek Hough said of the dance to the Simpsons theme song during the Monday, October 10, episode. Len Goodman, meanwhile, had nothing but good things to say about the 18-year-old TikTok influencer’s execution. “I didn’t like it, I loved it. It was so tight, it was together. It was full of wit and characterization. Marge, you’re magical,” he said.

In a pre-taped package, D’Amelio showed Ballas, 36, a clip from her guest appearance on the long-running sitcom. “I got to be on an episode and that was a really cool moment,” she said. Despite being a fan of the show, stepping into the Simpson matriarch’s shoes did pose some challenges for the social media personality.

“Not only am I learning a new style of jazz, I’m doing it with Marge Simpson’s wig on my head,” she said. The Connecticut native donned the character’s towering blue hairdo for the show. “I’m a little nervous about the wig in the performance,” she admitted, adding, “I’m gonna have to dive in hair first.” The former competitive dancer told cohost Alfonso Ribeiro of the blue accessory: “It’s not heavy which is nice but it’s tight. There’s about 300 bobby pins in my head right now.”

Despite D’Amelio’s concerns, the hairpiece stayed on throughout the dance and she and Ballas received a total score of 36, tying for first place with Gabby Windey and Val Chmerkovskiy and Wayne Brady and Witney Carson. However, before the judges gave their feedback, Tyra Banks apologized to the content creator for a previous mistake.

“Now Charli, last week … I called your boyfriend Landon Barker, and his name is Logan.” The D’Amelio Show personality motioned with her hands to Banks, 48, that it was actually the other way around. “OK, I just said it backwards again. What is wrong with me with this? Why can’t I get this?” the America’s Next Top Model alum replied.

Banks then addressed Barker, 19, directly. “Hello, Landon. I am so sorry. Your woman did so well tonight … I apologize again,” she said. The California native, who was sitting in the audience, smiled and laughed. D’Amelio, for her part, responded, “all good.”

The Charli vs. Dixie star, who confirmed her romance with Barker in July, had other loved ones in the crowd for Disney+ night. “The people who taught me jazz, my hometown dance teachers are here,” she told Ribeiro, 51. “That means a lot to me, [they came] all the way from Connecticut.”

The influencer also told the Fresh Prince of Bel-Air alum how it felt to see her mom, Heidi D’Amelio, getting close to her on the scoreboard. “I’m so proud of her. … It’s so nice seeing her look so comfortable and be the star,” Charli replied. “That’s who I think she is and that’s who she us to me.”

Dancing With the Stars airs on Disney+ on Mondays at 8 p.m. ET.