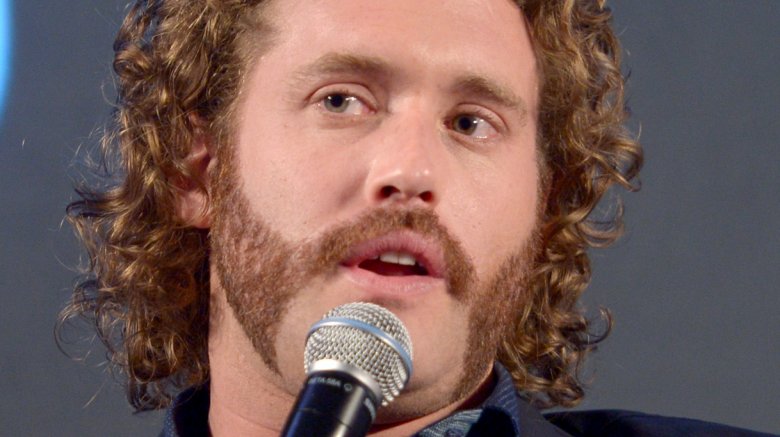 When Twin Peaks: The Return premiered on Showtime in May 2017, it was a far cry from the 1990s show that originally aired on ABC. One of several drastic changes was that The Man From Another Place — an otherworldly character portrayed by Michael J. Anderson — had transformed into a treelike entity crowned by what might be a chatty brain. (Just one of those things.) According to a Reddit AMA with executive producer Sabrina Sutherland, “[Director] David [Lynch] loves Michael. David wanted Michael to be in the show. We asked Michael, but he declined the offer.”

Why didn’t Anderson return? Well, in a since-deleted Facebook post (archived by Lynchland), Anderson reportedly claimed his absence was due to a payment dispute: “We told David at least a year in advance what we valued my participation to be,” he allegedly wrote.

If only the story had remained so cut and dry. Aside from apparently calling the original Twin Peaks “boring” and “hard to watch” (via Mashable), Anderson allegedly made some very bizarre accusations in 2015 that suggest he harbors a lot of ill will towards Lynch. The since-deleted Facebook post (screen-grabbed here) includes several cryptic, extremely offensive items that we won’t reprint here.

In 2016, David Lynch’s daughter responded to Anderson’s claims on Instagram, writing, “I am sorry that Mike is doing this. None of what he says is true, and I hope he receives the help and peace he needs.”