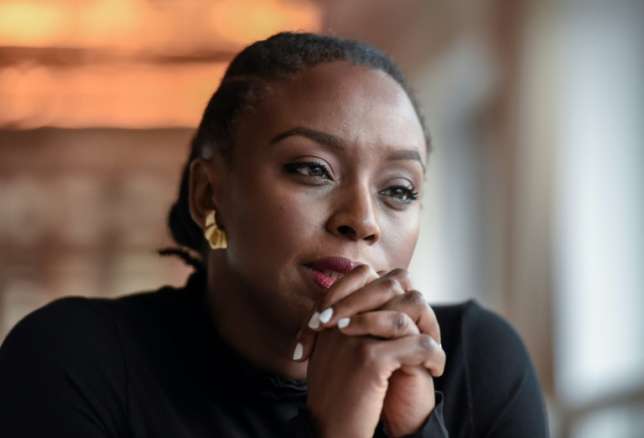 Chimamanda Adichie has shared a story from a few years ago, precisely in 2015  when her dad was kidnapped.

According to a profile article written by The New Yorker, In 2015, during her pregnancy, Adichie was informed by her husband and her brother (Kene) that her father had been kidnapped during his journey from Nsukka to Aba.

“Her husband told her that her father had been kidnapped, and she screamed, then vomited, then started to cry,” writes The New Yorker.

Acclaimed Nigerian novelist Chimamanda Adichie will be addressing the Harvard College Class of 2018 as part of the annual Class Day celebration on May 23, 2018.

Two hours after the incident, her mother received a phone call from the kidnappers. They didn’t say much but to confirm the elder Adichie had been truly kidnapped. The kidnappers did not make any demand till the next day. During this period of silence, Chimamanda Adichie called the Governor of Anambra state, her home state and the US consul-general in Lagos because her father is a citizen.

The consul provided her with a kidnapping expert from the F.B.I. who helped her mum when the kidnappers demanded a ransom the next day. The kidnappers wanted N5M. On the third day, the ransom had gone up to N10M.

“Okey drove to a point on the highway near Nsukka, then, as instructed, set off on a motorcycle taxi for the designated meeting place, carrying ten million naira in a sack. Nobody knew if he would be seen again” writes the New Yorker.

Thankfully he was seen again and Chimamanda’s father too. After the horrible ordeal, Chimamanda’s parents got on a flight to America to meet their daughter. According to the article, the ordeal made Professor David Adichie look frail and jumpy. “He rambled when he spoke” further writes The New Yorker.

Due to the bad experience, Chimamanda Adichie did not go to Nigeria or read news about Nigeria for six months.

Chimamanda Adichie has done it again! This time around she has been honoured with an honorary degree from the prestigious Duke University.

Chimamanda was among the few recipients of the honorary degree from the university and they were all described as people making changes in the world in very extensive ways.

“Few writers have captured the challenges of immigrants and others navigating those changes as Adichie,” the university said.