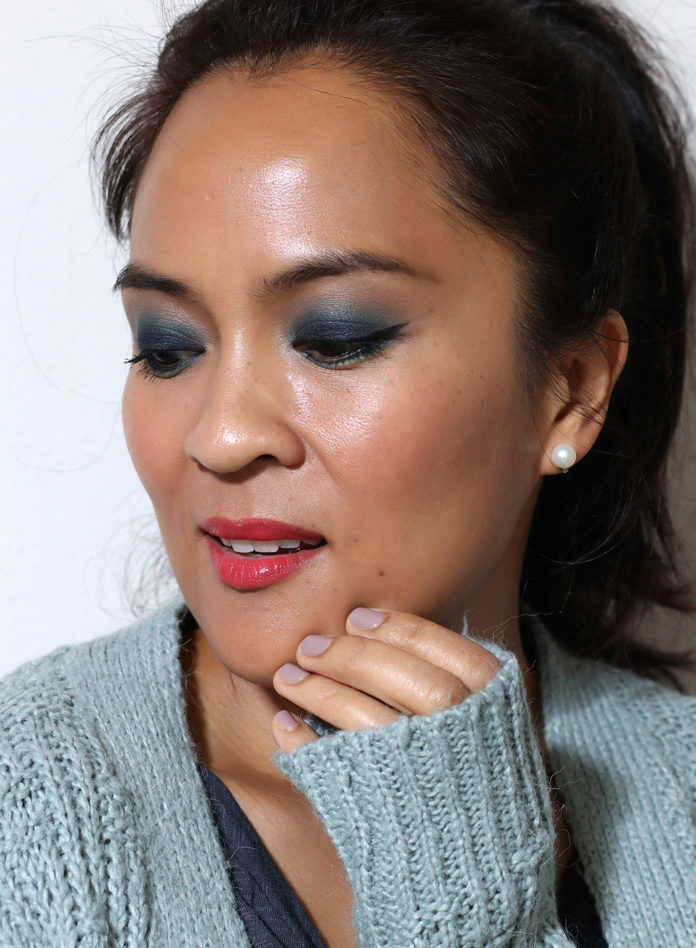 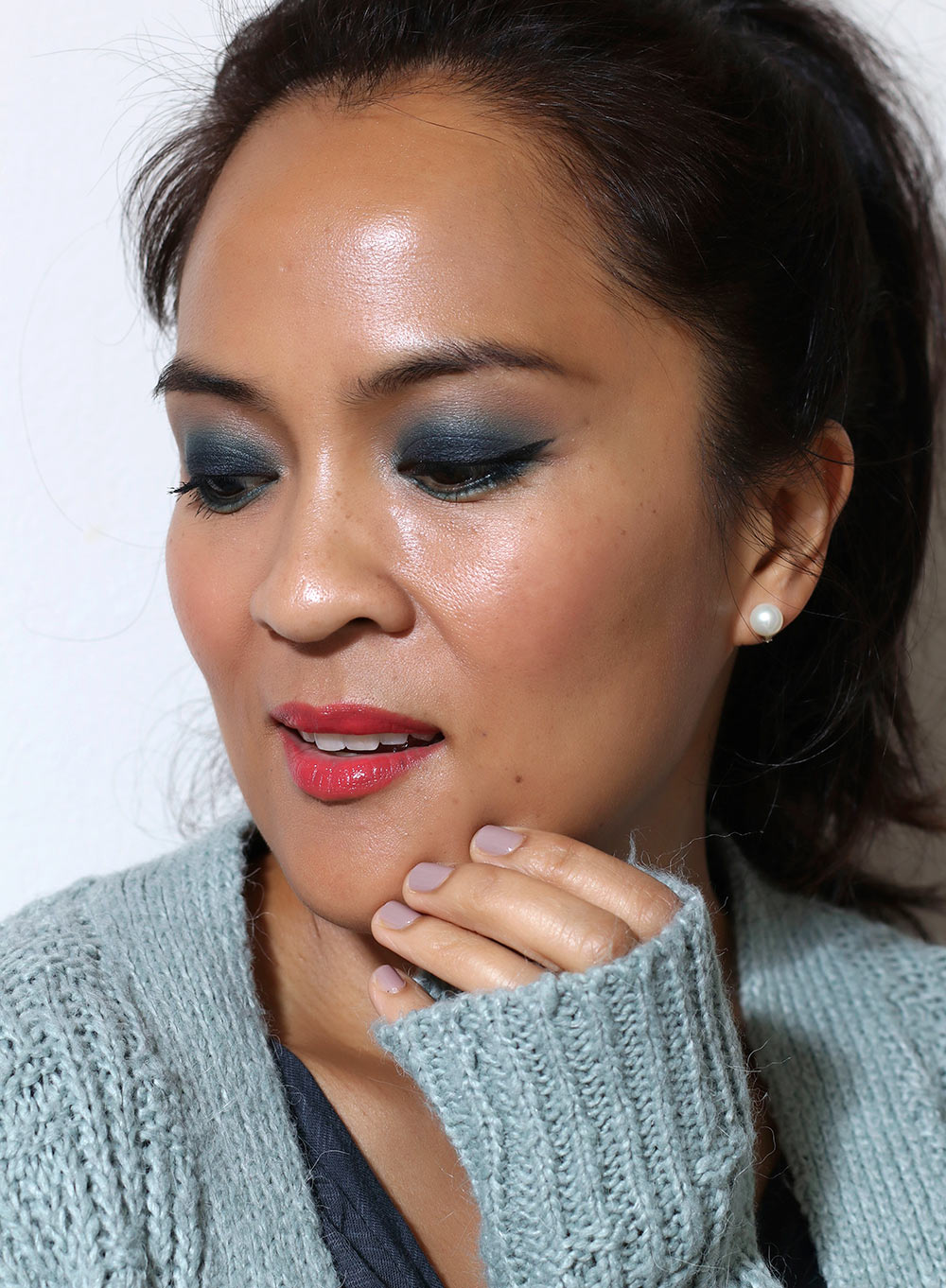 Here goes: I think there’s something going on with the bottles of Chanel Le Vernis nail polish in the Travel Diary collection, because they look so completely different in the bottles than they look on my nails.

I dunno… The first shade I tried, Horizon Line, and now this second one that I’m wearing right meow, New Dawn, look dull and uninspiring in their bottles, but it’s a whole different story on your paws. 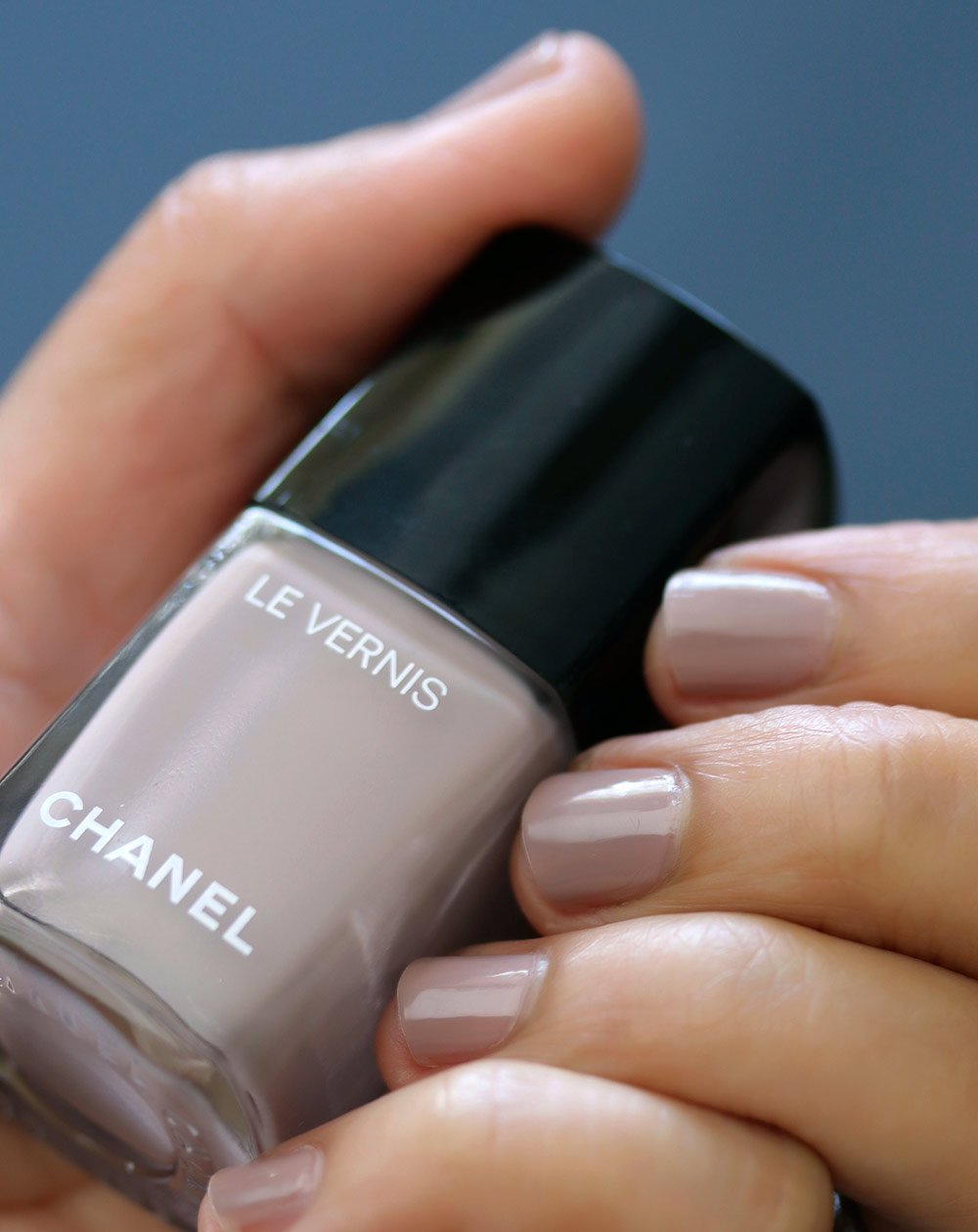 This shade, New Dawn, isn’t flashy, but it’s surprisingly complex for something that, at first, appears quiet. I can’t explain it. Sometimes it looks like a creamy, grayish mauve, but then it surprises me with a pastel violet moment. And sometimes when I glance down at my nails, I swear that it makes my fingers look longer (like a lot of nude polishes do).

It’s more complex than I expected based on how it looks in the bottle. You really have to get it on your paws, because that’s where the magic happens.

Incidentally, Chanel reformulated their entire nail polish line a while back and removed formaldehyde, dibutyl phthalate, toluene, formaldehyde resin and camphor to create a 5-free formula. They really stepped up their nail game.

I think the new formula is smoother, more pigmented and dries quicker than the previous formula, and it lasts a little longer, too. I get at least five or six days with a base and top coat before I feel like I need to remove my polish and start over. And I am BRUTAL on my nails. I think it lasts longer than Essie for me but not quite as long as OPI. Good stuff!