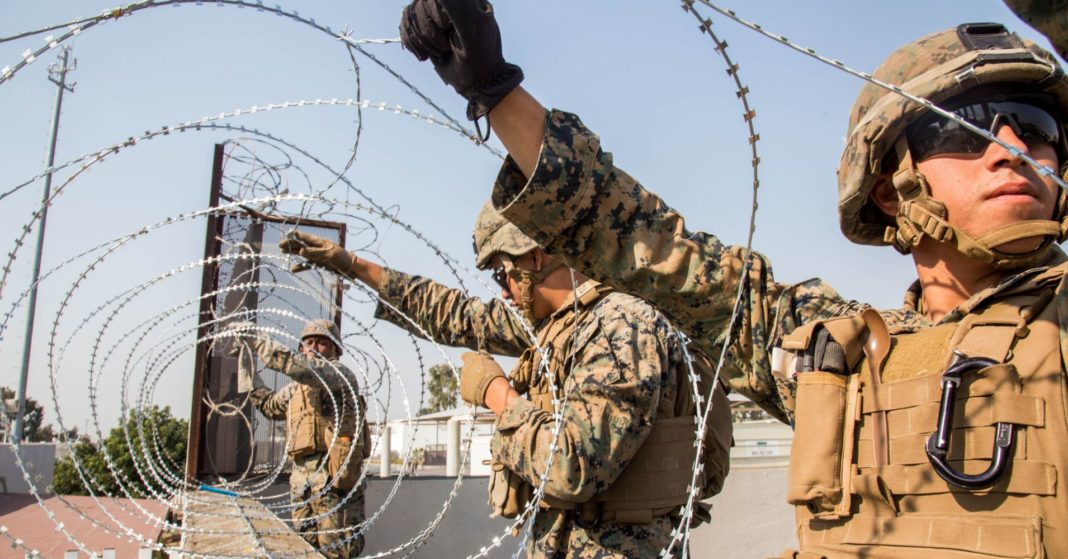 If President Donald Trump follows up on his threat to close the southern border, it could potentially result in millions of dollars in losses to local businesses in regions such as San Diego County. A border closure also could disrupt thousands of truckloads of fresh produce, parts and other products that flow back and forth every day from Mexico to the U.S.

“It would be very damaging to border areas like San Diego,” said Lynn Reaser, chief economist for the Fermanian Business and Economic Institute at Point Loma Nazarene University in San Diego. “There is a tight nexus between the southernmost part of California, for example, and Mexico.”

The San Ysidro port crossing between Tijuana, Mexico, and San Diego, where more than 20,000 people and nearly 50,000 cars cross daily, is one of the busiest in the nation. There’s also another port of entry about 8 miles east in Otay Mesa, California, where about 3,500 trucks cross daily.

The San Ysidro crossing briefly shut down for a few hours in late November after a caravan of refugees from Central America made their way to the border to request asylum. One estimate released in November by the San Ysidro Chamber of Commerce put the losses from that shutdown at $5.3 million.

Trump tweeted the threat Friday morning, writing “we will be forced to close the Southern Border entirely if the Obstructionist Democrats do not give us the money to finish the Wall & also change the ridiculous immigration laws that our Country is saddled with.”

California’s Gov.-elect Gavin Newsom responded, tweeting: “$558 billion worth of goods flow across our America’s southern border. BILLIONS of dollars — MILLIONS of jobs depend on our border. The President of the United States playing games with our economy and threatening to shut down our border is irresponsible, irrational and absurd.”

Newsom, a Democrat, is set to take office on Jan. 7.

“San Diego’s economy is very much linked with Baja California’s economy,” said Democratic California Assemblyman Todd Gloria, who represents the San Diego area. “A border closing would be a dagger at the heart of our local economy and many of our job creators and many of our businesses.”

The closing could have ripple effects along the southern border from El Paso and Laredo in Texas to Otay Mesa and San Ysidro in California. More than one-third of the annual truck crossings take place in Laredo and roughly 15 percent are from the Otay Mesa crossing, according to U.S. Department of Transportation.

Several business leaders in the southern border region expressed concern Friday about the threat by Trump to shut the entire border. They said a shutdown could cost the local economy millions of dollars every day, impacting both large and small companies — including some part of a closely linked supply chain relied on by the electronics, automotive, aviation and other industries.

“The North American supply chain would be crumbled,” said Alejandra Mier y Teran, executive director of the Otay Mesa Chamber of Commerce. “A lot of parts are coming from Southern California and go to Baja California [in Mexico] and then come back assembled or manufactured.”

She added, “A shutdown at the border would mean a shutdown of our entire community.”

The vast majority of employees in the Otay Mesa area depend on “some sort of cross-border relationship,” the chamber executive added. She said some local companies are involved in the two-way trade, while others employ U.S. citizens who choose to live in cities such as Tijuana and rely on crossing the border to reach their jobs.

“People cross daily from Tijuana to work in construction, landscaping, hotels and other industries,” said Reaser, who was Bank of America’s chief economist from 1996 to 2009. “Mexicans also cross the border to shop and support the tourist sector. All of these industries would be seriously hurt if the border were closed.”

The agriculture sector also is vulnerable in a shutdown. Mexico is a major supplier of fresh produce to the U.S. market, although the U.S. exports to Mexico a variety of meats, dairy products and other food and agricultural goods.

Thousands of trucks cross ports of entry such as Nogales and San Luis in Arizona, delivering vegetables during the winter growing season. There also are thousands of temporary workers from Mexico who cross into border states to work in the fields over the peak months of the growing season.

Several members of the Texas congressional delegation also weighed in on the controversy. Trade between Texas and Mexico last year topped $187 billion, with exports alone about $97.3 billion, according to data from Wisertrade.org.

“The American people need to understand that this action would have vast, terrible implications for American consumers and businesses,” Rep. Vicente Gonzalez, D-Texas, said in a statement.

“The shutdown is a crisis of the President’s own making,” Rep. Filemon Vela, D-Texas, said in a statement. “To suggest that the appropriate response to his own crisis is to shut down operations at our nation’s border and cut off humanitarian aid to Central America is grossly foolish.”