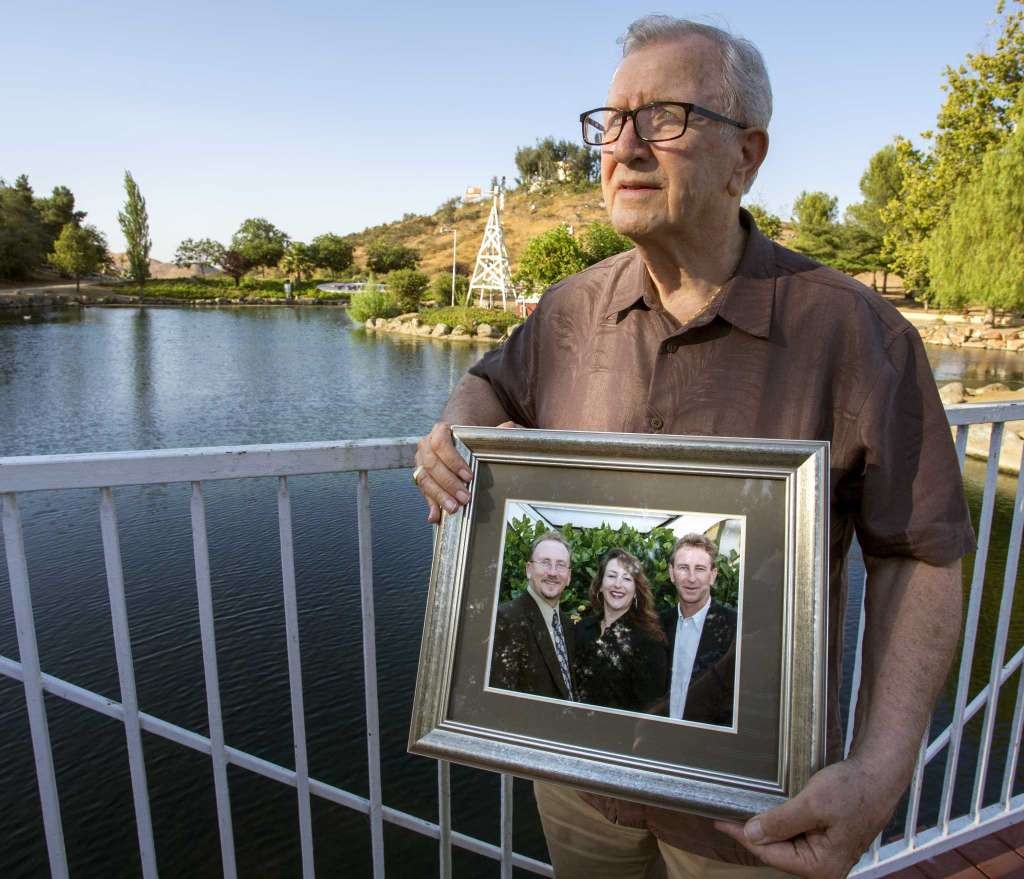 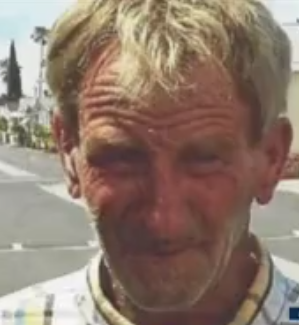 The joy of a father knew no bounds when eleven days after he buried his son, he was told he had buried the wrong person and his son was still alive. Orange County coroner’s officials had misidentified a body they found dead behind a Verizon store in Fountain Valley, California on May 6 and contacted the wrong family with the information.

Frank J Kerrigan, 82, of Wildomar, told of how he called the coroner’s office and was told the body was that of his son, Frank M. Kerrigan, 57, who is mentally ill and had been living on the street by choice. He asked if he needed to identify the body but a woman told him that identification had been made through fingerprints.

Kerrigan said. “When somebody tells me my son is dead, when they have fingerprints, I believe them. If he wasn’t identified by fingerprints I would been there in heartbeat.”

Frank’s sister, 56-year-old Carole Meikle of Silverado, went to the place where he was found dead to leave a photo of him, a candle, flowers and rosary beads and was troubled by the sight.

“It was a very difficult situation for me to stand at a pretty disturbing scene. There was blood and dirty blankets,” she said. 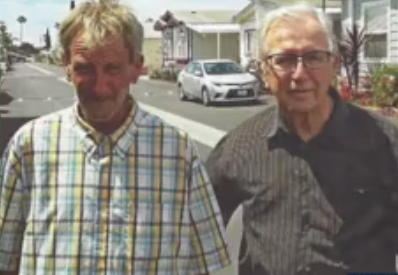 6 days after the body was found, the family held a $20,000 funeral on May 12 and it drew about 50 people from as far away as Las Vegas and Washington state. Frank’s brother, John Kerrigan, gave the eulogy. The body was interred at a cemetery in Orange about 150 feet from where Kerrigan’s wife is buried.

However, 11 days after, on May 23, Frank J. Kerrigan got a call from a friend called Bill Shinker who then told him that his son was alive then proceeded to put his son on the phone

“Hi Dad,” the son who was believed dead said on the phone.

Earlier, in the funeral home, Kerrigan had looked at the man in the casket and touched his hair, convinced he was looking at his son for the last time. “I didn’t know what my dead son was going to look like,” he said.

“We thought we were burying our brother,” Frank’s sister, Meikle said. “Someone else had a beautiful sendoff. It’s horrific.”

It was unclear how coroner’s officials misidentified the body. Doug Easton, an attorney hired by Kerrigan, said coroner’s officials apparently weren’t able to match the corpse’s fingerprints through a law enforcement database and instead identified Kerrigan by using an old driver’s license photo.

When the family found out their son was still alive, they told authorities who then tried the fingerprints again and on June 1 it was discovered that they matched someone else’s finger print as Frank’s. The coroner’s office provided the Kerrigan family with a name of the person they buried as their son, but the identification hasn’t been independently confirmed.

The attorney said the family plans to sue, alleging authorities didn’t properly try to identify the body as Kerrigan’s son because he is homeless. Sheriff’s Lt. Lane Lagaret, a spokesman for the coroner’s office, said the department extends regrets to the Kerrigan family “for any emotional stress caused as a result of this unfortunate incident.”

Lagaret said in a statement on Saturday that the Orange County Sheriff’s Department is conducting an internal investigation into the mix-up and that all identification policies and procedures will be reviewed to ensure no such mis-identifications occur in the future.

Frank’s sister, Meikle, revealed that her brother chose to return to living on the street and he doesn’t understand how hard the mistake was on his family.

“We lived through our worst fear,” she said. “He was dead on the sidewalk. We buried him. Those feelings don’t go away.”