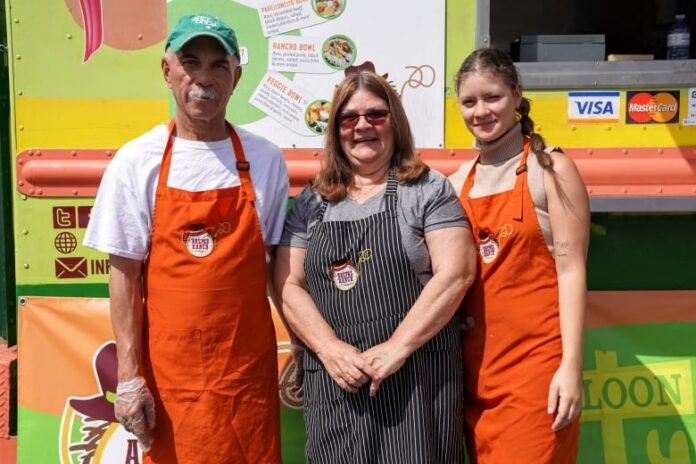 Calgary restaurant owners say they are being forced to hike up their menu prices and cut staff hours due to rising food and material costs.

Since the start of the war in Ukraine, the cost of living has soared for millions across the globe — and Calgary’s food service industry is feeling the pinch.

Carolina De La Torre says since this past winter, inflation has been causing problems for her business. She’s the co-owner of Arepas Ranch, a food truck and catering service in Calgary.

De La Torre has run the food truck with her husband, Phanor Viera, and their daughter, Karen, for six years.

Through their business, the family has introduced many Calgarians to the arepa: a traditional dish from Venezuela and Colombia.

But the prices of some essential arepa ingredients, like corn flour and canola oil, have fallen victim to inflation.

The food truck owner says she’s trying to cut costs where she can so customers don’t see a significant spike in menu prices.

But even with those savings, De La Torre says the business has had to raise the price of most items on their menu by a dollar.

Adding even more financial stress on the food truck’s bottom line are the sky high prices for gas and propane.

Rising food costs have forced Arepas Ranch to change some of its recipes. The price of yuca, a root plant, has almost doubled, according to De La Torre, so the food truck has replaced that ingredient with the cheaper option of plantains.

Avocados are also more expensive, so the business is rationing its guacamole more carefully than before.

However, while their profits have fallen over the last six months, the family remains optimistic.

“We passed through the pandemic and that was really hard. So now it’s the inflation, and we’re going to pass through that as well,” De La Torre said.

The family does not have the option to simply stop running their food truck, De La Torre says. For one, summer is high season for food trucks, and the business has several catering contracts they can’t abandon.

“If we want to move the economy and help everyone, each other, we need to also help small businesses,” he said.

De La Torre says most people understand why menu prices are rising, and so far, Arepas Ranch hasn’t seen a decrease in customers.

In an emailed statement, Restaurants Canada said food prices at retail stores rose by 10.1 per cent between June 2021 and June 2022.

The organization said according to restaurant operators, menu prices are expected to increase by 7.8 per cent by the end of 2022 in comparison to the end of 2021.

That’s the highest menu price increase since the introduction of GST in 1991, Restaurants Canada said.

Ernie Tsu, president of the Alberta Hospitality Association, says restaurants don’t have another option right now other than to raise prices. Profit margins are already not that high in a regular year, Tsu said, with an average Canadian restaurant taking in about five to seven per cent in profit.

“It was already tough coming out of COVID,” Tsu said. “For these local entrepreneurs and owners in the hospitality industry, now they have to move the needle with inflation to try to stay alive and to stay as humanly profitable as possible.”

Now, restaurant owners have to get creative to retain customers.

Tsu said a lot of restaurant owners he’s spoken to are trying to work with local suppliers more to keep ingredients fresh and seasonal.

He also said some restaurants are switching to healthier dishes or offering more vegetarian options.

Red’s Diner, a Calgary restaurant chain, has also increased its prices over the last few months. But according to its general manager, changing menu favourites, or reducing portions and the quality of ingredients, is simply out of the question.

Logan Campbell says the diner’s most popular menu item has increased by about $4 in the past five months.

The general manager says the restaurant chain has been using paper menus recently because they’ve had to reprint about every two months to update prices.

“Every day we’re watching hour by hour sales, seeing if there’s any way we can kind of watch our labour and see if we need this many bodies on,” Campbell said.

Campbell said the diner is scheduling staff by 15-minute increments now rather than on the hour or half-hour to save some costs.

“Same goes for the kitchen, watching everything back there and just really reducing our food wastage,” he said.

Overall it’s a stressful time for Campbell, who says he’s never seen inflation this bad in his time working at the diner.

He’s counting on regular customers to help the diner get through this rough patch.

“We want our customers to come back here and they still get the same item that they’ve been used to getting for the last 10 years of our business.”