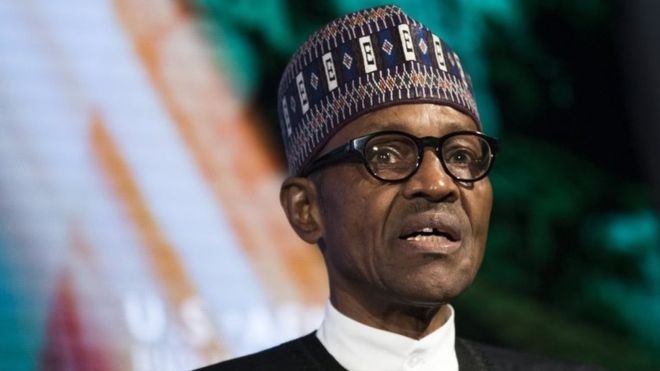 ..says AGF, others not serious about graft war

Two prominent members of the Presidential Advisory Committee Against Corruption in Abuja on Saturday picked holes in government’s handling of the anti-corruption war.

Speaking in Abuja at a programme organised by the National Association of Seadogs (the Pyrates Confraternity), the Chairman of the panel, Professor Itse Sagay (SAN), and member, Professor Femi Odekunle, attributed recent setbacks suffered by the administration in the prosecution of corruption cases to the fraudulent activities of compromised elements in the judiciary and legislature, and a lack of diligence on the part of some senior government officials.

The Chairman of the committee, Prof. Itse Sagay, said the President and his team must come up with new ideas to fight corruption.

He said the judiciary was concentrating more on technicalities rather than the spirit of the law and justice.

Sagay said, “The Federal Government, particularly the President and Vice-President, who were elected into office principally to eliminate corruption, must go back to their drawing board, search and scan the constitution and other laws to draw the requisite irresistible power to deal firmly with this terrible scourge of our times – otherwise we are all dead.”

The senior advocate said the National Judicial Council was not equipped to look into corruption cases against judges. He said the primary duty of the NJC was to address judicial misdemeanour.

Sagay, however, said corruption pervaded the judicial system after the return to democracy in 1999, when judges started hearing election petition cases.

He noted that many senior advocates had corrupted and compromised judges to the extent that some of the advocates now pay the school fees of children of judges.

Sagay added, “Today, some judges actually solicit for money. They don’t even wait to be offered money. One of the judges that has been asked by the NJC to go back to work is a constant solicitor of money. He writes to counsel, ‘my mother died yesterday, I need money to bury her.’

“Two months later, ‘my daughter is getting married next month, I need money to organise a wedding: Another month, the same judge will write, ‘my uncle has just been made a chief and I need to make a contribution, send money.’

“This is written to lawyers and the lawyers gladly contribute. In fact, there is a long list of lawyers now who have to go to the EFCC at least once a month to explain why they had to send so much money to the account of one judge or the other who demanded money.

Sagay said his committee had drafted a bill for the ‘Forfeiture of Assets and Properties, procured by unlawful activity (proceeds of crimes)’ which will empower courts to order forfeiture of properties by a person without the person being convicted.

The senior advocate said he had advised anti-graft agencies to use non-conviction based assets recovery system to fight graft in some peculiar cases.

He said in such a situation, anybody who was found in possession of huge sums of money, whose source he or she could not explain, would be made to explain themselves in court.

Sagay said this approach was used by the EFCC in the case against Patience, the wife of former President Goodluck Jonathan, whose $15m has been forfeited to the Federal Government and is now battling to save the $5m found in her bank account.

The PACAC chairman added, “If you are seen to be living beyond your means of livelihood, the anti-graft agencies could apply for temporary forfeiture of funds and properties and you would then be made to appear in court to explain yourself.

“That bill is already before the National Assembly but we are not even waiting for it to be passed. A part of the EFCC Act empowers the agency to do this and it is already being done in the case of Patience Jonathan’s $15m.

“You will recall recently that when $5m which she owns was frozen in her account but was later unfrozen due to technical issues, the EFCC went back to court to apply through this non-conviction based forfeiture and got it frozen again. Now she has to come to court to explain how she got it.”

Also speaking, Odekunle, in particular, questioned the commitment of the Attorney-General of the Federation, Abubakar Malami (SAN), to the anti-graft war and also raised a doubt about the integrity of the Chairman of the Code of Conduct Tribunal, Mr. Danladi Umar, who discharged and acquitted Senate President Bukola Saraki of all 18 charges levelled against him, on Wednesday.

The professor of criminology also questioned the resolve of the Chief Justice of Nigeria, Justice Walter Onnoghen, to help the Federal Government in the fight against corruption.

The event titled, ‘Feast of Barracuda’, had ‘Critical Review of the Anti-Corruption War in Nigeria: Strategies, Challenges and Prospects’, as its theme.

While exploring the theme, Odekunle, raised eight salient questions which he said members of the public must answer in order to put the recent failures of the anti-graft war in proper perspective.

He asked, “Does the Presidency realise that routine crime prevention and methodology, instruments and processes are not adequate in fighting corruption in this country? That is, does the Presidency realise that fighting corruption must be a ‘rofo rofo’ fight? That it is not a question of due process, long process, fair hearing and all those that will give you technical justice instead of real justice?

“It is said that he who comes to equity must come with clean hands. In this regard, I ask, what were the details and the resolution of the EFCC matter on Danladi Umar’s bribery case? I don’t know, I’m just asking. Does the DSS possess any information about Danladi Umar on the use or abuse of hard drugs?

“Is there any record that Danladi Umar had been driving and crashing his car under the influence? These are questions that I don’t know the answers to but I want you to investigate.

“Is the Attorney-General of the Federation, who is to lead the anti-corruption fight, going by the way things have been going in the past two years, as committed as others who could have done the job better?

“I have no answers but I believe if they are answered, it will give us an insight into the cause of our current dilemma in the fight against corruption.”

He said since the corrupt elite controlled the judiciary and the legislature, this group of people would continue to protect its own.

Odekunle added, “So, all this arrangee between the judiciary, the legislators, and people are saying, ‘We don’t want the APC to be destroyed, Saraki is our own, let us settle our own, party supremacy is better’, we must moderate that.”