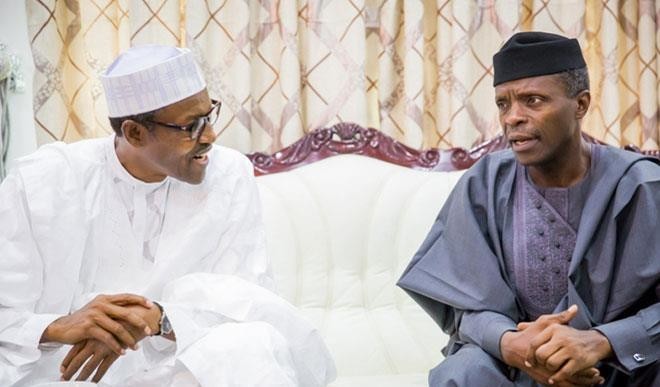 The Acting President, Prof. Yemi Osinbajo, has disclosed that President Muhammadu Buhari personally renegotiated the funding of the Lagos-Calabar rail project under the China-Exim loan agreement.

Osinbajo, who departed Calabar on Friday after a two-day working visit to Cross River State, had during a town hall meeting with stakeholders on Thursday, said the Federal Government was desirous of assisting the state after the ceding of Bakassi to Cameroon.

He also disclosed that the Odukpani-Ikot Ekpene Road was captured in the 2017 budget, adding that the Minister of Niger Delta Affairs, Mr. Uguru Usani, was also pressing for the reconstruction of the Calabar-Ogoja Road.

He promised that issues of militancy in the Bakassi region raised by stakeholders during the town hall meeting would be addressed by the Federal Government.

Osinbajo said, “The ceding of Bakassi (to Cameroon) as a result of the judgment of the International Court of Justice is a development that we all consider a loss. But the President strongly believes that while we ruminate over the legal issues, we must not allow Nigerian citizens in Ikang and elsewhere to suffer.

“The Federal Government will certainly do more and engage more with the displaced persons in Bakassi. This is our duty and our commitment. We will also thoroughly investigate the issues you have raised on the relationship between the military, the militants and the people of Bakassi.

“The Federal Government is certainly interested in Cross River State and the President himself renegotiated the China-Exim loan for the Lagos-Calabar rail.

“In our budget this year, we have provided for the Odukpani/Ikot-Ekpene Road and I also know that the Honourable Minister of Niger Delta Affairs, Usani Uguru, has been negotiating for the Calabar/Ogoja Road.

“There are other environmental projects that this government is working on, I’m sure you must have heard of the work we are doing concerning Adiabo-Okrikang Erosion Control, Eastern Naval Command Erosion Control Project Phase 1, among others,” he said.

Osinbajo commended Governor Ben Ayade for the vision of opening a garment factory to create jobs.

“And that is why I commend the state government on the (establishment of the) garment factory. That factory is an outstanding example of how to provide jobs very quickly for a large number of people and I hope that will be replicated in different states of the federation.”