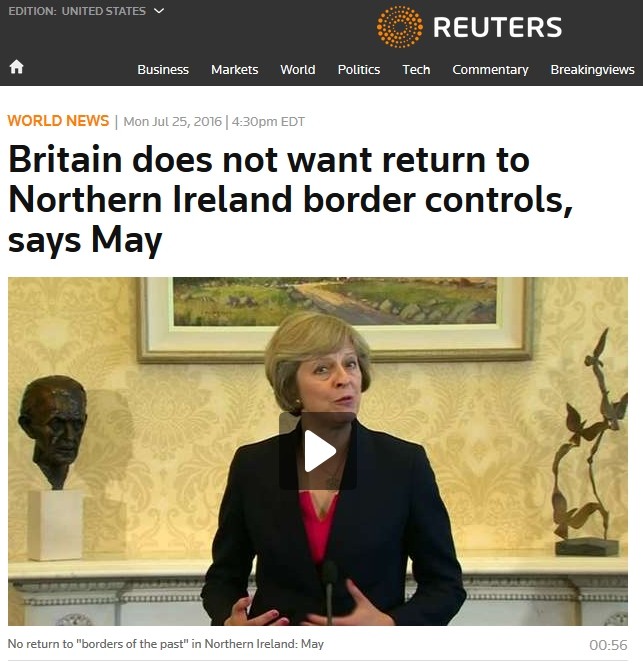 The U.K. has now published a flood of documents on Brexit but remained silent on the one topic most likely to derail a deal: how much money it will pay the European Union.

That’s a problem as talks resume next week with a deadline for making significant progress just eight weeks away. A continued reluctance to engage on the topic will prompt the EU to delay the start of talks on a long-term trade deal.

Investors have noticed. The U.K. made concessions to the EU in some of its position papers, yet sterling still fell this week to its lowest closing level in eight years.

“The thing that worries us is that it looks as if the negotiations over the bill are going to take a little bit longer,” said Mike Amey of Pacific Investment Management Co. “If we can’t agree the bill then we don’t even get through to the next round.”

There is a combination of frustration and bewilderment at the U.K.’s approach and its failure to engage on some of the biggest issues, two EU diplomats tell Bloomberg’s Ian Wishart.

The U.K. is refusing to get drawn into money as a deliberate negotiating strategy, a person familiar with its strategy said. That creates the possibility of the matter being settled at the 11th hour with Prime Minster Theresa May engaging face-to-face with 27 other leaders at a drawn-out summit in October.

Analysts estimate the EU wants the U.K. to pay a gross bill of as much as €100 billion, based mainly on the country’s previous commitments to the bloc’s central budget. While the EU isn’t demanding the U.K. signs up to a specific amount at this stage, it does want it to agree soon on a methodology for calculating the final figure.

The EU bases its bill calculations on the U.K.’s past commitments, but Britain believes the payment could be determined partly by the scope of future access it gets to EU markets. The concept of a bill is also an emotional issue for Britons and a politically loaded one for May, given that some voters backed Brexit to stop cash flowing to Brussels.

“October might be a bit optimistic to start full-blown trade talks,” said Mats Persson, a former U.K. government official now head of international trade at EY. “This will very much come down to money, whether you can get to some principle agreement on money.”

The Sun reported Brexit Secretary David Davis will go on the attack at the talks, criticizing the EU team for being “stubborn and unreasonable.”

Net Migration | Arrivals to the U.K. outnumbered departures by 246,000 in the year through March, the lowest figure since March 2015, after an exodus of European workers following the June 2016 Brexit referendum.

The Economy | U.K. consumer spending barely grew in the second quarter, business investment stagnated and trade added nothing to growth, leaving the economy struggling to keep up momentum as Brexit talks begin again.

Tech Threat | Britain risks damaging crucial parts of its technology industry unless it can secure an unprecedented deal with the European Union on data exchange after Brexit, according to a government paper.

Airline Warning | Ryanair Chief Executive Michael O’Leary said “there is a serious threat of no flights” from the U.K. to EU after Brexit unless the two sides strike a bilateral deal similar to current open skies framework. He said there is no prospect for a deal at the moment.

Nobel Gesture | Nobel laureates questioned the Brexit decision at a conference in Germany, according to the Daily Telegraph. “Brexit is England’s biggest policy blunder since George III fumbled away the American colonies,” said Daniel McFadden.

It’s not just the U.K. bristling at the European Union Court of Justice. Germany’s top judges, of all people, have been threatening to sidestep some of its rulings.

The Federal Constitutional Court, the country’s highest tribunal, said in a ruling published last week that it has a duty to ignore the ECJ in Luxembourg in some situations. In a case involving the European Central Bank, the German judges said they must deviate from ECJ decisions when the EU top court fails to stop agencies in the bloc that “blatantly” misread their powers.

Questioning the ECJ’s role amid perceived EU shortcomings, including a lack of democratic checks and balances, should be familiar to supporters of Brexit.

“Sovereign nations really don’t like that very much, and to a certain extent that is understandable,” said Christian Pestalozza, a professor emeritus at Berlin’s Free University. “But in a system like the EU there’s no way around it. You have to swallow the bitter pill.”

The Federal Constitutional Court in Germany.