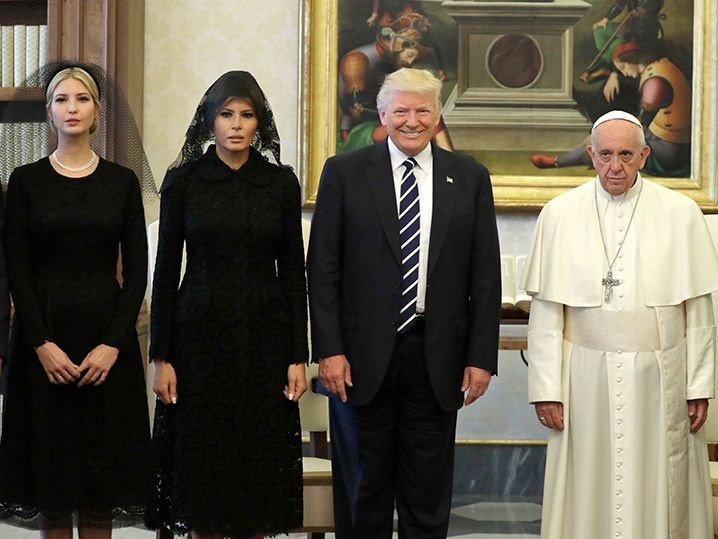 Brazil’s latest move to allow mining in the Amazon is sparking a war of words as the government calls opponents alarmists and a lawmaker threatens to seek the Pope’s help to protect forests and communities.

After Wednesday’s announcement to strip protection from a national reserve between the northern states of Para and Amapa sparked criticism, President Michel Temer took to Twitter saying he’s committed to sustainable development. His office also said the area is no “paradise” and that proper permits would be required for any gold operations.

One of the plan’s most vocal critics, Amapa Senator Randolfe Rodrigues, called the decree the “worst attack on the Amazon in history” and said the fight to protect the land had only just begun. The area spans about 47,000 square kilometers (18,000 square miles), making it larger than Switzerland.

“We’re going to do everything we can — judicial actions, legislative actions, pressure on leaders, artists, if necessary we’ll go to the Pope,” Rodrigues said in a telephone interview from Rio de Janeiro. In Ecuador last month, Pope Francis voiced his support for better protection of the Amazon and the indigenous people who live there.

Opening up the region known as Renca, short for National Reserve of Copper and Associates, will undo a decision by the military dictatorship three decades ago to safeguard resources and sovereignty.

The government says only unprotected areas will be up for grabs to private-sector explorers, that absolute caution will be taken to avoid disrupting nearby protected territories, and the decree will help protect the area from dirty illegal gold operations.

“Nearly 90 percent of what was authorized for mining is included in the protected areas,” Rodrigues said, arguing that mining in specific areas without harming adjacent land and communities makes no sense.

The Toronto-based junior spent years working on the Volta Grande project before obtaining a construction license in February. Now it’s in a legal battle to move forward after prosecutors and indigenous groups got the license suspended.

Alexandre Sion, a legal expert in mining licensing in Brazil, said that while obtaining permits in Renca will be difficult given the conservation areas and indigenous communities, sustainable mining there is possible.

Beyond the licensing complications miners might face there is the chance that a change in political winds ushers in a reversal of Temer’s decision.

“As I understand it, this should have never been decreed and I believe it hasn’t been canceled already because of a lack of political will,” Sion said by email. “The focus of Congress and the president has been elsewhere during the current political crisis. Perhaps the president found the political moment favorable to push the measure through.”

Temer, who took over last year after the impeachment of President Dilma Rousseff, is scheduled to leave office next year.

— With assistance by Kariny Leal