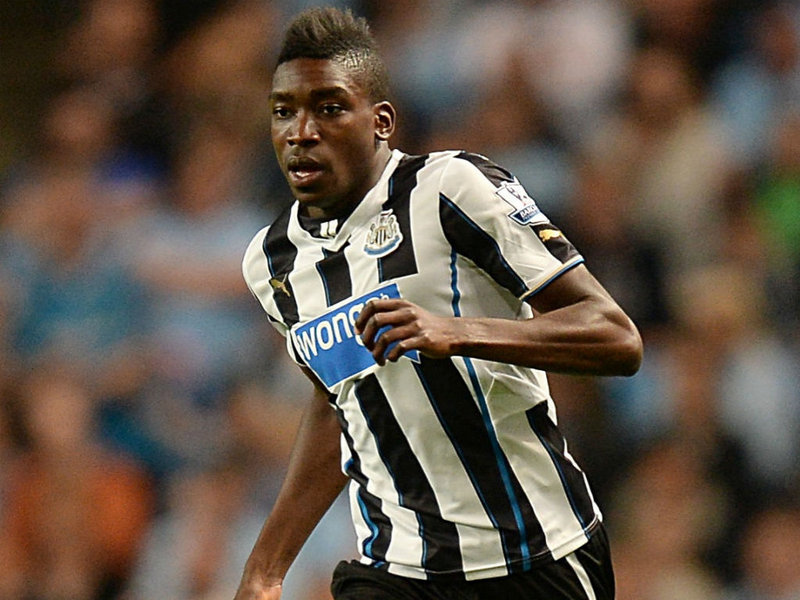 Sammy Ameobi fired in a fine winner as Bolton secured a surprise 1-0 victory over Bristol City on Friday night.

Seventeen places separated the two sides before the game but in a tight clash, Ameobi grabbed the decisive goal with 19 minutes remaining.

Bristol City had a penalty appeal turned down in the first half when Bobby Reid collided into goalkeeper Jak Alnwick, while they came closest to scoring through Famara Diedhiou’s point-blank header shortly after the break.

Victory lifts Bolton out of the relegation zone to 19th, while Bristol City remain in fifth.

Man of the match: Sammy Ameobi

Bristol City arguably should have been awarded a penalty in the eighth minute as Reid looked to be worse off after colliding with Bolton goalkeeper Alnwick. However, referee Andrew Madley awarded Bolton a free-kick.

Four minutes later and the hosts had their best chance of the half. On the counter-attack, Ameobi peeled off the right flank and skipped around three defenders before he curled a strike on goal, but his ambitious attempt narrowly scraped past the post.

Bolton continued to push forward and were presented with another good chance when Jason Steele fumbled Josh Vela’s corner, but Karl Henry was unable to convert the follow-up.

Tyler Walker made his Bolton debut in place of the departed Gary Madine. Will Buckley dropped to the substitutes’ bench as Mark Beevers took his place.

For Bristol City, Josh Brownhill came in for the suspended Nathan Baker.

Bristol nearly found an equaliser in the 56th minute through Diedhiou, but his header from point-blank range was superbly saved by Alnwick before Dorian Dervite slid in to make a timely interception.

With Bristol applying further pressure on Bolton’s backline, it was the hosts who took a shock lead thanks to a fine individual goal from Ameobi. The former Newcastle winger picked the ball up from his own half before he fiercely drove his strike into the bottom corner from 25-yards out.

Bristol City continued to push more men forward in search of an equaliser, but Bolton would come close to making it two through Zach Clough. Ameobi squared the ball to the Nottingham Forest loanee, who was making his second debut for Bolton, but he skewed his shot over the bar.

Nevertheless, Bolton would hold on to earn a victory which will serve as a massive confidence boost to Phil Parkinson’s side.

Man of the Match – Sammy Ameobi

Ameobi was instrumental in most Bolton and proved troublesome to Bristol City’s defenders in his free role behind striker Tyler Walker.

He was unlucky not to score in the first half with a spectacular curled strike and carved out the winning goal which will live long in the memory of Bolton fans.

Phil Parkinson: We changed the system and only had about 20 minutes to work on it in training yesterday.

Credit to the lads, they played really well. It was a really disciplined performance. We stayed in the game and there was a moment of quality which won us the game. With the week we’ve had, we’re absolutely delighted with the three points.

Lee Johnson: It looked like they wanted it a bit more than us and that was the disappointing thing for me. We started with enough of a tempo on the front foot. We pulled out of a few challenges and that isn’t what I wanted to see.

I was disappointed with my team tonight and its an opportunity lost. It’s only three points but credit to Bolton. They deserved the win tonight.

Bolton will host Fulham at 3pm on February 10. Bristol City, meanwhile, take on Sunderland at home at the same time.

Jurgen Klopp Apologises After Altercation With Fan In Liverpools Defeat