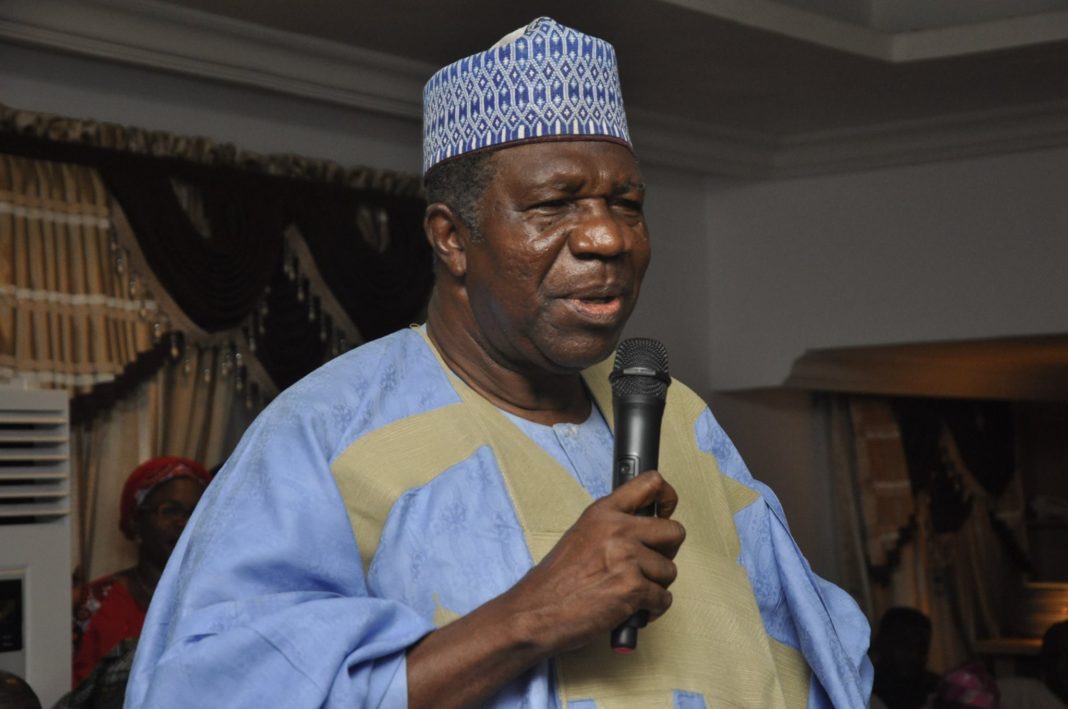 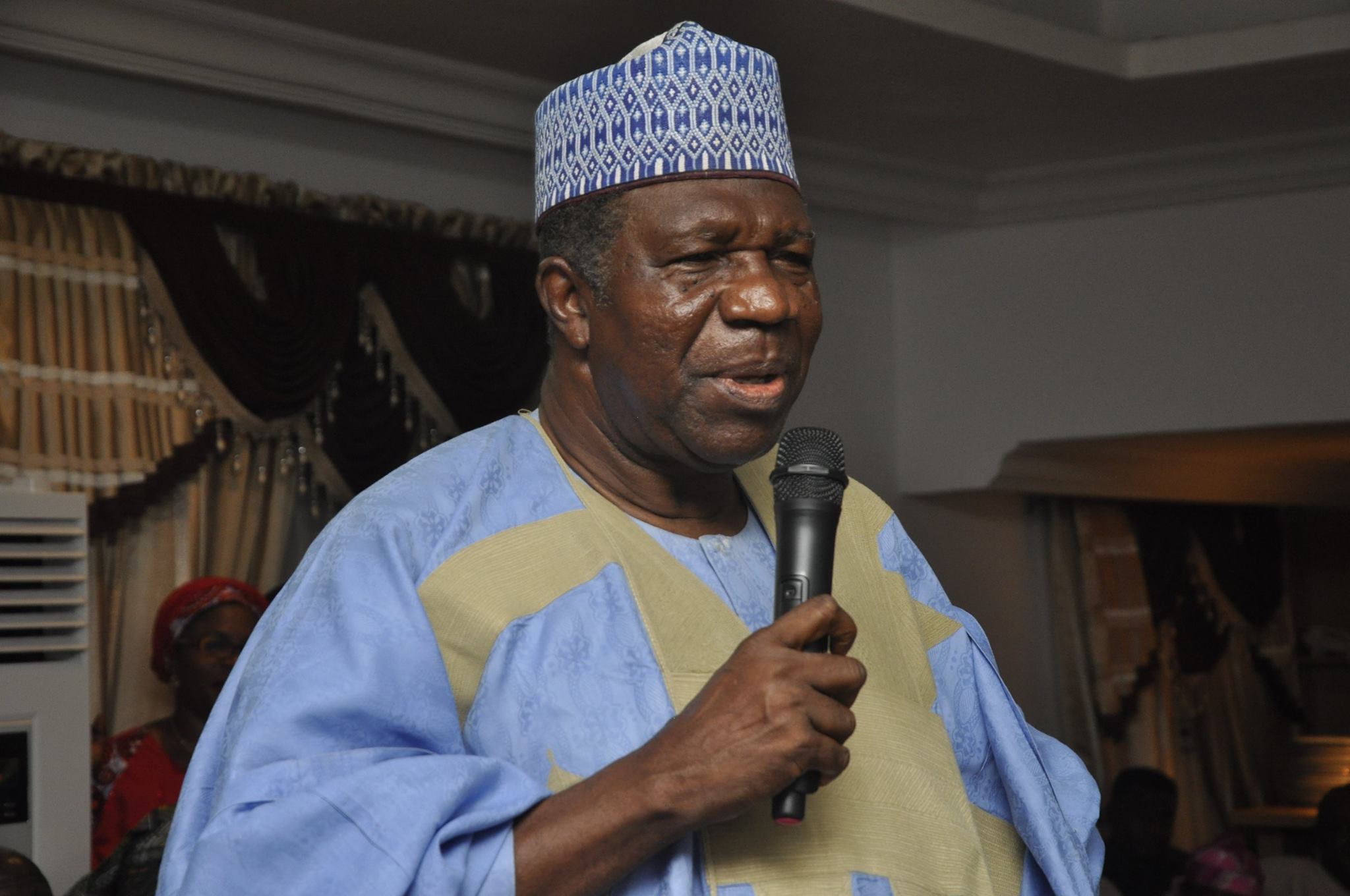 Elder statesman and former President of the Senate, Ameh Ebute, has written the UK Members of Parliament on the need to support Nigeria in its fight against resurgent Islamic State of Iraq-backed Boko Haram terrorists, renamed Islamic State’s West Africa Province (ISWAP).

Senator Ebute in the letter addressed to Rt.Hon. Mrs. Kemi Badenoch, MP, Member of Parliament (MP), Saffron Walden constituency, other Colleague of the House of Commons, noted that it will be good enough for the House of Commons to add their voice of reminder to the issue and persuasion of relevant authorities to initiate appropriate actions for weaponry aid to Nigeria with modern technology devices.

The letter, a copy of which was obtained by DAILY POST, on Thursday, added, “I am delighted to have the privilege to write to UK Members of Parliament (MP) through you. Accept the fondest greetings from me and Nigerians.

“My motivation of writing the House of Commons through you is my conviction that our lamentations would receive a wider attention in the UK Parliament in recognition of your unique position as Vice Chairman, Conservative Party For Candidates. It is also, spurred by your crystal interest and likewise, the entire British Parliament to assist Nigeria overcome the besieging insecurity challenges in the country.

“I believe the facts on the disgusting security challenges assailing Nigeria are already known to all. But let me briefly recount that insurgencies and insurrections appear to have become intractable security problems in Nigeria.

“Over the last three years, the Nigerian Military, especially the Nigerian Army have been doing an impressive job is taming and routing out the perpetrators of insurgencies and insurrections out of our shores. The efforts have yielded substantial liberative fruits or else, Boko Haram terrorists would have forcefully taken control of more than half of the territories comprising Nigeria by today.

“I cannot say, the counter-terrorism strides of the Nigerian Military have met the targeted results. It means total victory against Boko Haram terrorists as Nigerians anticipate is being frustrated by the interest and sponsorship of insurgents in the country by deadly terror sects domiciled in the Middle East.

“The Islamic State of Iraq and the Levant (ISIL) led by Abū Bakr al-Baghdadi ‎ or Ibrahim Awad Ibrahim al-Badri al-Samariai, are militant organizations fueling terrorism in Nigeria and environs. And we are aware the United Nations (UN) and European Union (EU) among others have designated ISIL and affiliates topmost on their list of terrorists organizations.

“May you recall that the United States of America has specifically designated ISIL’s leader, Abū Bakr al-Baghdadi as a Global Terrorist. It confirms his outreach in this devilry act against humanity.

“Therefore, ISIL’s agenda of territorial expansion has made inquest into Nigeria and other surrounding countries of the West Africa region. And by March 2015, it officially confirmed its sponsorship of Boko Haram terrorists, which previously operated on local strength; which ISIL has now renamed, ‘Islamic State’s West Africa Province’ (ISWAP).

“However, in the last four years, Nigerian government and her Armed Forces have tirelessly fought the scourge of Boko Haram to a standstill. The Nigerian Military has been able to reclaim back her territories under the captivity of Boko Haram insurgents and freed thousands of abducted Nigerians held captive in various secret camps by the terrorists.

“Nevertheless, like I stressed earlier, the recorded victories of the Nigerian Government against Boko Haram so far have not reached the point of final extermination of these Islamic militant group.

“Rather, what we have seen in recent months is the resurgence of Boko Harm, with a resilience and sophistry of weaponry, which I believe has slowed down the pace of the final annihilation of the Boko Haram in Nigeria, despite the struggles of our competent Armies.

“I am strengthened by the recent parley in January 2019 anchored on the issue of Boko Haram in Nigeria, which you and your colleagues in the House of Commons interacted mutually.

“I learnt the discussion ended with a promise of the Parliament to lobby and or, prevail on appropriate authorities in the United Kingdom beginning with the UK House of Commons to support the Nigerian Government with military technology gadgets/weapons to fight this global threat to humanity.

“And this is now the time to take steps in this direction before ISWAP (Boko Haram) entrench its tentacles; completely annihilate and dislocate the civilian populations within the Lake Chad region including citizens of Cameroon, Niger, Chad and Nigerian Republics.

“I make this profound plea, believing that the strength, competence and dexterity displayed by the Nigerian Military in standing out to terrorists these years show determination to overwhelm terrorists if adequately supported. So, with the empowerment of Nigerian troops with modern technology weapons of warfare, I am sure, the regrouping of terrorists under the auspices of ISWAP will be crushed instantly.

“There is no doubt about the new threats posed to the sovereignty of Nigeria, with the resurgence of Boko Haram terrorists with a strange vigour roundly because of the backing by Iraqi’s ISIL and the UK has a role to play.

“And the UK’s role is largely to consent and act in consonance with its pledges by deploying the needed modern technology warfare equipment to Nigeria for the combat of terrorism. If this is done, it will no doubt help to reduce human casualties in the theatre of war and finally extinguish the ghost of terrorism in this region in a very short time.

“I appreciate previous interventions of the British Government to aide Nigeria battle the terrorism scourge in terms of training of troops and provision of logistics. But much more can still be done. So, we are appealing for a step-up of such interventions and gestures in the area of modern technology weapons aid to Nigeria.

“And it is the most germane time to embark on this action. You can recall that in August 2018 the British Prime Minister, Mrs. Theresa May paid a state visit to Nigeria and met with President Muhammadu Buhari in Abuja. The bulk of their discussion centered on combating terrorism. And Mrs. May promised to increase UK’s military support to Nigeria to assist the country protect its citizens and British workers resident in Nigeria from terrorists’ atrocities.

“The British PM’s pledge was later reiterated by UK’s Foreign Secretary, Mr. Jeremy Hunt who also visited Nigeria in early 2019. He was emphatic that discussions by the British Government are ongoing in the aspect of increasing aid and military support to combat the Boko Haram terrorists.

“This was after Mr. Hunt visited some crisis-ridden places in the Northeast and concluded by a verdict that the crisis had the potential to trigger humanitarian problems if left unattended , in a manner that would dwarf the Yemen experience.

“We are a sovereign nation and our Military is very strong and capable. So, once they are supported, it will completely delete Boko Haram in Nigeria. We are not burdening anyone to move troops to Nigeria or asking anyone to come with boots on the ground because there are enough Nigerian troops on ground.

“I specially thank you for your audience. And I trust that the contents of this letter will be conveyed to other MPs in the House of Commons for their necessary action.”