Billy Caldwell ‘could die’ unless given cannabis oil, says mum 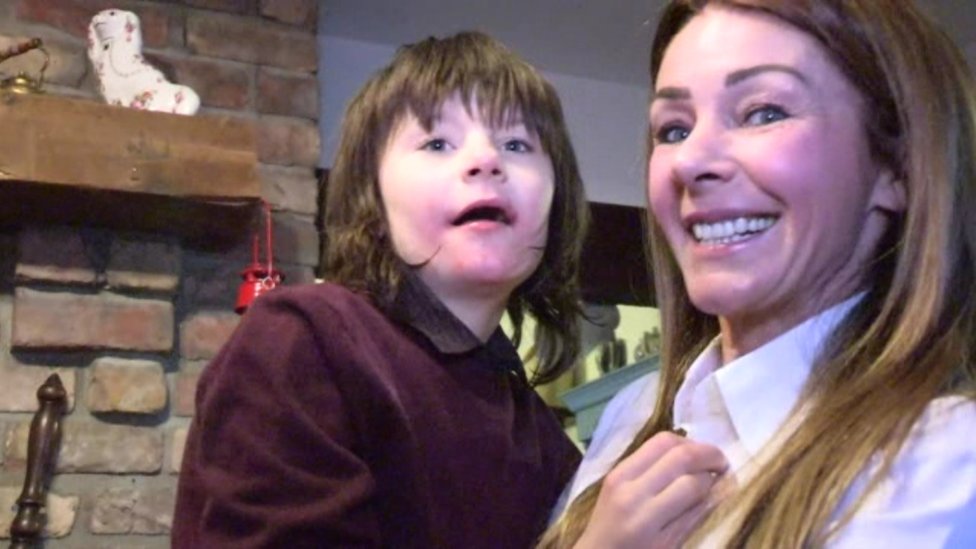 A mother who wants to use cannabis oil to treat her epileptic son has said he is in a life-threatening condition.

Charlotte Caldwell tried to bring the oil into the UK from Canada, but it was seized at Heathrow Airport on Monday.

On Friday, Billy Caldwell was taken to London’s Chelsea and Westminster Hospital after his seizures “intensified,” his family said.

The Home Office said it was contacting Billy’s medical team, and would “carefully consider” the options.

“This is beyond cruelty,” Ms Caldwell said. “We’ve now reached the point where Billy is too ill to travel to get his medication, but his medication is stored minutes away from where we’re now living in London.

“Despite the best and honest efforts of the NHS, frontline doctors are fighting Billy’s condition with both hands tied behind their back because the only medication that will be effective is the cannabis oil [with a banned component].”

She said doctors in Canada and Northern Ireland who were familiar with Billy’s case have described her son’s situation as life-threatening.

“The medicinal cannabis that he’s had access to the last 19 months had been doing an amazing incredible job at controlling his seizures, so this sort of has thrown me a wee bit,” she added.

“Medicinal cannabis for Billy was his anti-epileptic medication.”

Billy, from Castlederg, County Tyrone, started the treatment in 2016 in the US, where medical marijuana is legal.

In 2017, he became the first person in the UK to be prescribed cannabis oil, but last month his GP was told he could no longer do so.

Ms Caldwell went to Toronto with Billy to get a six-month supply to treat up to 100 seizures a day, but said border officials seized the oil.

On Friday, she said Billy had had “back-to-back seizures”.

“On his medication, which included the vital but banned THC component, he was seizure-free for more than 300 days,” she said.

“If Billy dies, which is looking increasingly possible, then the Home Office, and (minister) Nick Hurd, will be held completely accountable.”

Billy’s family later said he can now only be treated with hospital-administered medication as doctors said it was too dangerous to treat him with “rescue meds” at home.

A Home Office statement said it was “deeply sympathetic to the extremely difficult situation that Billy and his family are in”.

“Billy is in the care of medical professionals who are best placed to assess the care and treatment that he requires,” it said.

“The Home Office is contacting Billy’s medical team. If the team treating Billy advise a particular course of urgent action, the Home Office will carefully consider what options are available to help facilitate that advice.”

Does cannabis have medicinal benefits?

CBD and Tetrahydrocannabinol (THC) are two types of cannabinoids found naturally in the resin of the marijuana plant.

A cannabis-based drug called Sativex has been licensed in the UK to treat MS. It contains THC and CBD.

Doctors could, in theory, prescribe it for other things outside of this licence, but at their own risk.

MS patients prescribed Sativex, who resupply it to other people, also face prosecution.

Another licensed treatment is Nabilone. It contains an artificial version of THC and can be given to cancer patients to help relieve nausea during chemotherapy.