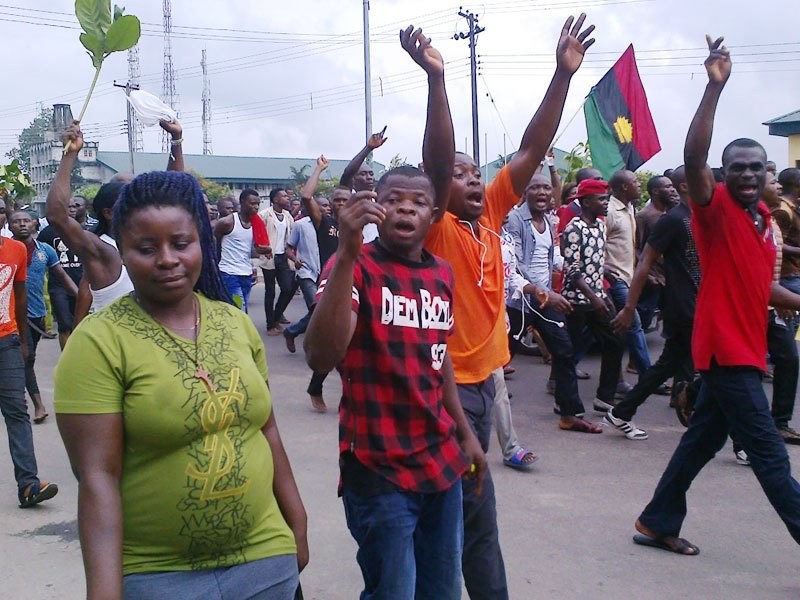 The Imo State Commissioner of Police, Chris Ezike, said his command did not arrest any member of the Movement for the Actualization of Sovereign State of Biafra or Indigenous People of Biafra, during the May 30, 50th anniversary organised by the groups.

Addressing newsmen on how his command was able to secure and police the state during the celebration, Ezike, said that the police deployed officers in places he described as strategic and black spots.

According to the CP, there was no breakdown of the law and order during the celebration by the groups because he deployed a strategic format called “Visibility Policing” which rekindled the confidence of the people in the police and other security agencies.

Ezike said that his command did not arrest any member of the groups seeking secession from the country because they were nowhere to be found, neither did they protest on the streets or cause a breach of the law and order.

He said, “No, we did not arrest any MASSOB or IPOB member. They were nowhere to found. Is it not when you see somebody that you will arrest him or her? They did not protest or cause breakdown of the law and order. We were not against people sitting at home, but what we are against is, people, engaging in acts that will cause problems in the society.”

The CP acknowledged that people had the right to engage in a peaceful demonstration, but what the police were against was for people who had no constitutional rights to instruct and try to enforce members of the public to sit at home.