What we know about Jamie Foxx and Katie Holmes’ split 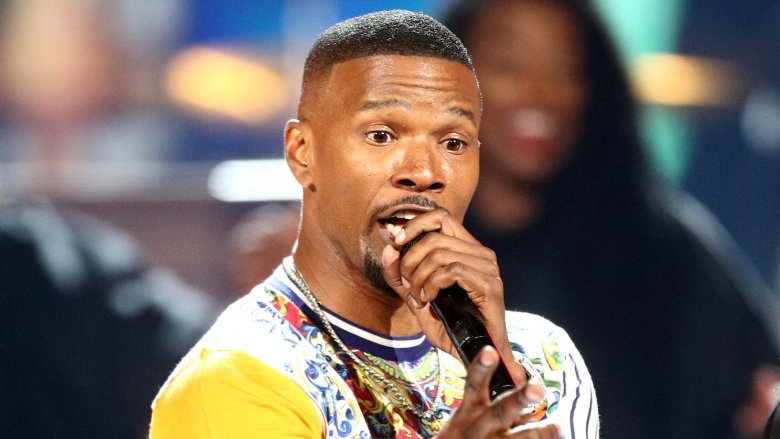 Jamie Foxx and Katie Holmes have split after six years together. The intensely private couple reportedly began dating in 2013 and made their first public appearance Clive Davis’ Pre-Grammys Gala in New York in 2018.

Speculation about a possible split between the two actors began on Aug. 17, 2019 when TMZ posted photos of Foxx at the Los Angeles nightclub Bootsy Bellows holding hands with a mystery woman. However, Foxx and Holmes’ relationship was apparently over long before then. According to Page Six, a source overheard the Batman Begins actress tell a friend, “What Jamie does is his business — we haven’t been together for months.”

Foxx’s “mystery woman” turned out to be Instagram model Sela Vave. And much like Foxx and Holmes’ relationship, little about her is known. According to People, the former high school basketball player and recent LA transplant describes herself as a recording artist, model, and actress. And music is what brought her and Foxx together.

During an interview with LA’s Power 106 FM in July 2019, Foxx revealed how they met and his instant attraction to her talent. “When I meet her, next thing you know, I come out she’s sitting on my stairs with an acoustic guitar singing a broke down version of Beyoncé,” Foxx explained. “She wasn’t trying to be Fantasia [Barrino] or Whitney Houston. You know how hard it is to play the guitar and be quiet?”

He added that the aspiring singer is “really going to make some noise.” Vave then took to Instagram to thank the Oscar-winner for his faith in her abilities. “I am so grateful to this man! Thank you so much @IamJamieFoxx for everything you do and for believing in me,” she captioned a slideshow of herself and Foxx.

While neither Foxx nor Holmes have spoken publicly about their split, a source tells In Touch Weekly that the former couple were “arguing nonstop” lately over Foxx’s penchant for partying. “For months he’s been promising to calm his wild ways, but nothing’s changed and she’s finally come to the conclusion that she wants to be with a guy who’s more mature and ready to settle down,” the source explained.

Another issue appeared to be to the nature of their bicoastal, long-distance relationship — Jamie Foxx is based in Los Angeles, Katie Holmes is based in New York City. The source reveals that Holmes’ frustration about not being able to “keep an eye on” Foxx led her to give Foxx an ultimatum — “move to NY or it’s over!”

Foxx allegedly refused, so Holmes “called it a day.” The source goes to say that the couple has privately been “on and off for a while,” but Foxx “always manages to talk Katie into giving him another chance.”

Fortunately, the overwhelming media attention surrounding their breakup hasn’t dampened their moods at all. The day after the news broke, Page Six caught the Dawson’s Creek star looking “unfazed” and all smiles while strolling through New York with her daughter Suri and their two dogs.

Foxx appears to be focusing on his family as well. On Monday, August 19, he posted a set photo with his daughters – Corinne Foxx and Anelise Bishop – on Instagram in honor of the finale of his show Beat Shazam, using the hashtag “#daddydaughtertime.”

This isn’t Holmes’ first high-profile breakup, however. In July 2012, she divorced megastar Tom Cruise after five years of marriage, bringing the era of “TomKat” to a close. Holmes was allegedly so afraid Cruise (and possibly The Church of Scientology) would find out she was speaking with divorce lawyers that she reportedly used a burner phone to set her plan in motion. According to the Los Angeles Times, Holmes “hired three law firms in three states” to help her cause.

Eventually, the divorce was publicly announced and finalized in record time. “This is a personal and private matter for Katie and her family,” Holmes’s attorney Jonathan Wolfe told People at the time. “Katie’s primary concern remains, as it always has been, her daughter’s best interest.” In a nearly miraculous feat, Homes and Cruise reached a divorcement settlement a mere eleven days after the divorce filing that gave Holmes sole custody of their daughter, Suri.