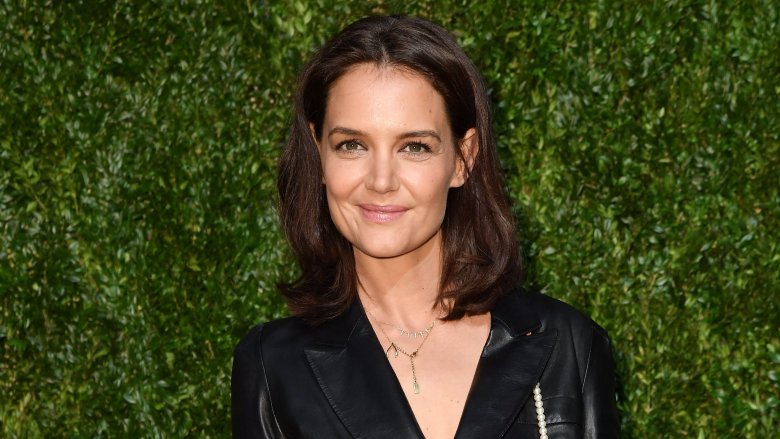 Jamie Foxx and Katie Holmes managed to stay out of the public eye for the majority of their six-year relationship, but their confirmed split in Aug. 2019 has changed all that. News of the breakup came just days after TMZ spotted the Oscar-winner outside a nightclub with aspiring singer Sela Vave. But according to source at Page Six, the Dawson’s Creek alum was overheard telling a friend that she and Foxx hadn’t “been together for months.”

So exactly when did their troubles start? A source told In Touch Weekly that the former couple were “arguing nonstop” lately over Foxx’s penchant for partying. “For months he’s been promising to calm his wild ways, but nothing’s changed and she’s finally come to the conclusion that she wants to be with a guy who’s more mature and ready to settle down,” the source explained.

According to Us Weekly, the pair had grown apart and Foxx’s inability to not be seen with other women became too much for Holmes to ignore. “It has been many years of him stepping out with other women,” the source said. “He’s disrespectful and their lives were different. His partying ways don’t fit with hers as she’s focused on raising her daughter and working.”

Page Six reports that the couple was going through serious relationship struggles over the summer, and it all came to a head before Memorial Day Weekend. Earlier that week, the NYC-based Holmes was in LA to support Foxx during his performance in ABC‘s Live in Front of a Studio Audience: Norman Lear’s All in the Family and the Jeffersons. The pair were planning to spend that weekend in the beach town of Montauk, New York, but two hours before Foxx was supposed to hop on his flight to New York, Holmes called and canceled the trip. Foxx “was really upset,” the source said.

However, another source claims that it was, in fact, Jamie Foxx who canceled the trip on his own after he “did something s****y at the last minute.” This back and forth sounds like a lot of he said, she said, coming from their respective camps at this point, and we can assume more of the same to hit the media as interest in their split continues to intensify.

Foxx traveled to Disneyland instead of Montauk that weekend, and two months later, he brought a guest to accompany with him to the happiest place on Earth — Sela Vave. “Unless [you’re] fighting in Toon Town this is the happiest place on earth!” Vave captioned the Instagram pic of her and Foxx with members of his family at the theme park.

Jamie Foxx and Sela Vave have heard the reports that their relationship was the cause of Holmes’ decision to end her six-year romance with the Baby Driver star, and they are pushing back on that narrative.

In a video posted to Vave’s Instagram on Aug. 21, 2019, Jamie Foxx set the record straight — he wants people to know he’s just a mentor to the young performer like he’s been to countless others. “When I met Ed Sheeran, I didn’t know him from Adam,” Foxx said. “He slept on my couch for six weeks. Nick Cannon was 13 years old, he used to sleep at my old house…everybody come to my crib,” he began.

“We took her under our wing. We wanted to treat her the same way and give her the opportunity,” he continued, adding that the outrage over their relationship is a sexist “double standard.” As far as the photos of him holding hands with Vave outside the LA club Bootsy Bellows, Foxx said, “I’m escorting her to my car, to put her in the car—my artist, who hangs out with my kids and is as young as my daughter.” Well, that’s that.

In the caption for the video, Vave was less diplomatic and lashed out at those who believe she and Foxx are having a love affair. “For the people who care… here is the TRUE story(swipe)… for everyone else you can keep talking and calling me a whore, slut, home wrecker, thot, gold digger, that I should die, and what ever else you want. Because it doesn’t matter to me, I’m out here to work and do what I love most,” she wrote.