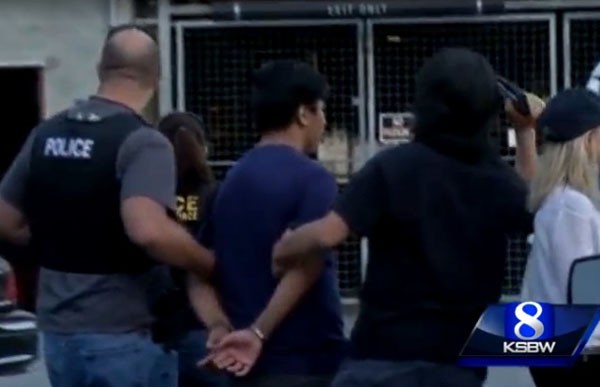 The gangs members who were paraded at the state police headquarters, are allegedly led by a female associate of wanted crime leader, Terwase Akwaza, alias Ghana.

Briefing newsmen on the arrest, the Commissioner of Police, Mr Bashir Makama, said one of the gangs kidnapped a businessman and his son, who was later released to source N20m as the ransom for his release.

“We have arrested four suspects, including three women who were feeding him (the victim). I want to reiterate here that this is the handiwork of Ghana, because all the information points to his involvement,”he said.

The CP said the suspects would soon be charged to court for the various offences, adding that the Police would leave no stone unturned in ensuring all criminal suspects in the state were brought to justice.

The special adviser to the governor on security matters, Mr Edwin Jando commended the Police for their efforts in tackling the menace of kidnapping in Benue State.
“The anti-kidnapping law has helped to improved security across the state,” he said.

The governor once told me that he will be in court for the hearing on the first case of kidnapping.”