Athletics vs Braves: Home for the Braves 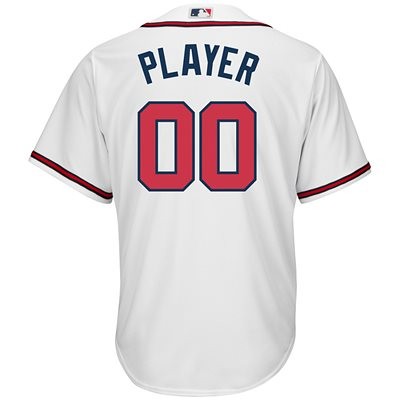 There are lots of different ways for struggling teams to go about their rebuild, but once the season starts, every rebuilding team follows a similar three-step process. For the A’s, each step usually takes approximately two months to complete. The first step is evaluating the talent on the roster and deciding which players are worth committing to long term and which players must be used to re-stock the farm. In Oakland, the team was in this stage until early June. The second step is a significant re-vamping of the team’s roster in the form of trades of the short-term athletes and calling up prospects before the deadline. For the A’s, this step is happening right now, and figures to stay in effect through the trade deadline, as veterans Trevor Plouffe and Stephen Vogt have each been traded in order to open up spots on the roster for Matt Chapman and Bruce Maxwell, specifically, and the A’s have quite a few flawed, but highly coveted, trade chips on the table. The final step is seeing what the fresh talent is capable of and drawing up an offseason game plan to supplement the team’s new roster, which ideally will make the A’s amongst the few last place teams that are far more compelling in September than in April and May.

The A’s have lost two straight games and six of ten, but few would deny that the team has been playing better baseball of late thanks to fundamentally sound rookies taking over the lion’s share of playing time on the big league roster from bad, bumbling veterans. A slow climb back up to a .500 record is not out of the question for this team.

The Atlanta Braves are on the tail end of what has been a rather long rebuilding process, but seeing as the team sits in second place in the National League East (partially due to bouts of incompetence throughout the division, but second place is second place), the Braves have proven to be tough opponents earlier than anticipated. Freddie Freeman is the best hitter in baseball who no one talks about, and the slugging first baseman is even starting to show off some positional versatility by getting reps at third base while the team’s other first baseman, Matt Adams, remains a hot hitter, as he gets poised to return from the Disabled List before the All Star Break (fortunately for Oakland, he is unavailable in this series). Like the A’s, underperforming veterans like Bartolo Colon are being jettisoned from the roster in favor of younger players champing at the bit to prove themselves in the show, only making the Braves a better team in the process. The rebuild in Atlanta has been much longer than Oakland’s, but it appears both teams are turning the corner at around the same time.

Things haven’t been all sunshine and roses in Atlanta, as the offense has a serious lack of power throughout the lineup, especially with Freeman sidelined with his wrist injury. This lack of power has resulted in the Braves struggling to score runs despite being in the top ten in the MLB in team OBP. And while the key to the Braves’ future success is in the team’s future starting pitching, certain key players have been struggling all year and have forced the Braves into the uncomfortable position of needing to try and out-slug their competition.

The Braves are enjoying some late-career revivals from players like Matt Kemp and Brandon Phillips to keep opposition honest day-in and day-out, the biggest non-Freeman forces on offense for Atlanta are catcher Tyler Flowers and backup first baseman Matt Adams. While Freeman’s 1.209 OPS before being felled by injury is nigh impossible to match, Matt Adams’ performance in his stead is more than any other team could have expected or asked for from the former Cardinal. In the same number of games as Freeman, Matt Adams has hit only two fewer home runs, with twelve total in thirty seven games, and has driven in nearly a run a game on average while OPSing .962. Meanwhile, Tyler Flowers needed just half a season to match his career best in WAR, as the catcher is finally breaking out like the White Sox had long hoped he would. While playing good defense and a good leader for a young and maturing pitching staff, Flowers has a slash line of .333/.430/.480.

On the other side of the spectrum, young starting pitcher Julio Teheran has long been thought of as the type of pitcher to build a rotation around, and the Braves have been doing just that, but Teheran has been awful this season. In ninety innings pitched he’s struck out just sixty two batters and walked thirty four. He has given up nineteen total home runs and has a WHIP of nearly 1.5 and an ERA of 5.30. The Braves will obviously hope that whatever is stalling their ace’s development is overcome quickly.

All games are on NBCSCA. Friday night’s game is also being aired on the MLB Network

The A’s have lost two straight, but are returning home after a 4-2 road trip a whole new team playing a whole new type of baseball, and will look to set up the team’s next winning streak in front of their home fans, and the A’s have played up to their true talent level at Rickey Henderson field all season long. Starting pitching will be key as each team will have to neutralize polar opposite offenses – the Braves possessing a high average and OBP, low power lineup and the A’s lineup blasting home runs like there is no tomorrow and not doing much else.

Friday night, Sonny Gray will be making another highly hyped start as scouts across the MLB will undoubtedly be watching his every move. Foltynewicz is as much out of the spotlight as Sonny is in it, but has been quietly very solid for the Braves the last month of the season, and hasn’t given up more than two runs in all but one start in June. The game should feature some strong pitching on both sides.

The latter two games of the series may feature more offense from both teams, but with most of the A’s pitching staff issues stemming from keeping the ball in the yard, the staff matches up well against the Braves. If the A’s are to be able to slowly climb out of the cellar throughout the dog days of summer, this is the type of series the team has to win at least two games in.