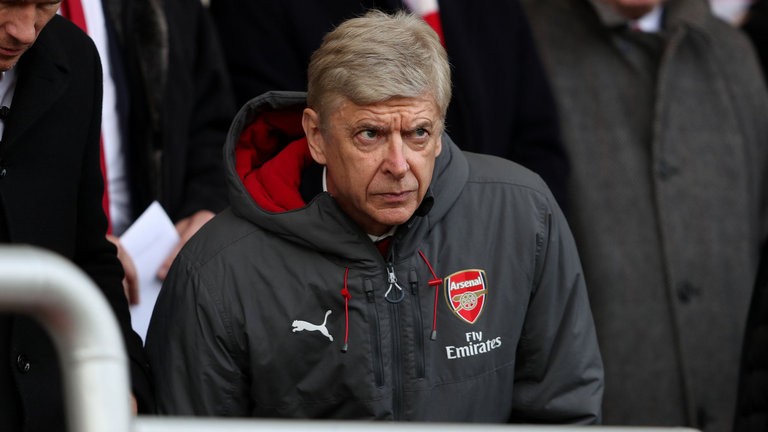 Arsene Wenger deserves loyalty from Arsenal despite their league position for the “level of service” he has given the club, says Stuart Pearce.

The ex-England defender said the Gunners boss should be given the chance to decide when he leaves the club, having signed a new two-year contract at the end of last season.

Arsenal are 10 points off the Champions League places in the Premier League with 11 games to go, ahead of their clash with Manchester City at the Emirates live on Sky Sports on Thursday, and face a tough task to qualify for Europe’s premier competition with their Europa League campaign looking the only realistic prospect.

Pearce also told The Debate he hoped when Wenger does eventually depart the club, with 21 years already under his belt at Highbury and the Emirates Stadium, was handled with dignity.

“We’re less than a year into a new contract signed by him,” he said. “Given the level of service he’s given Arsenal, my opinion is that he needs to leave the football club when is right for Arsene Wenger.

“He’s done so much good for that football club – brought through relative non-descript players, won a lot of trophies… I understand there’s been a lot of disgruntled Arsenal fans but I’d say, watch what you wish for; whoever follows Wenger, there’s no guarantee they’re going to be challenging.

“Arsenal have always done things with a bit of class and I hope when Wenger leaves it’s done in the right manner and he is revered for what he has achieved for a number of years.

“When’s the right time to go? I would say at the end of the contract he signed less than a year ago. For me that’s the time.”

However, long-serving Premier League striker Craig Bellamy, who found life up against Wenger’s side difficult on the pitch and scored only once against the Gunners during his career, disagreed and felt the 68-year-old’s time should have already been up in north London.

“They’re a good couple of years from challenging for the Premier League and they’re getting further away,” he said.

“It’s been going that way for a few years and other clubs have overtaken them. They won’t finish in the Champions League places this season and winning the Europa league is a tough ask.

“I think over these last couple of years, Wenger should have gone himself. He’s done a great job – no one in the Premier League or English football will ever forget it.

“He’s been remarkable, we’re all very grateful, but I’m concerned the way it’s going, his reputation could be damaged and it doesn’t deserve to be.”