Antonio Conte warns Chelsea they must ‘suffer’ to beat Barcelona 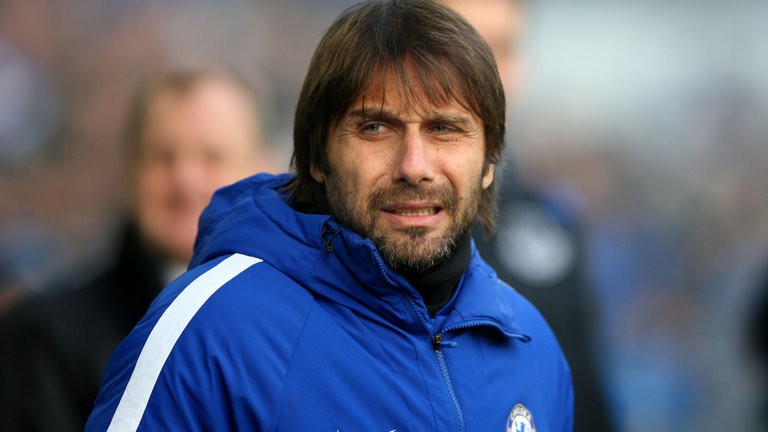 Chelsea must overcome 90 minutes of “suffering” to have any hope of beating Barcelona, says Antonio Conte.

Conte said his side produced an “almost perfect” display in the first leg of their Champions League last-16 tie against Barcelona at Stamford Bridge, but when they made one mistake “paid a lot for it”.

Lionel Messi’s 75th-minute equaliser ensured Barcelona, who had 73 per cent possession, drew 1-1 and take the advantage of an away goal back to the return fixture at the Nou Camp on Wednesday.

Conte warned his players must stay in the game “in very moment” in another counter-attacking plan this time around.

“When you play against Barcelona – a team that I consider is one of the best in the world – if you want to have a hope to win you have to play a perfect game,” Chelsea’s head coach said.

“We know there are moments to suffer for every team against Barcelona, we must be prepared to suffer, to be compact. But when you have the ball you must have the feeling in your head, your heart, to try to create the chance to score.

“Every team must be prepared to suffer their possession because Barca like to dominate the game. Without the ball, you suffer, you have to suffer to defend well.

“When we have the ball we must know very well which is the way to try to score and create chances in the same way we did at Stamford Bridge.”

Antonio Rudiger and Alvaro Morata are “in contention” to face Barcelona, says Conte, who has no other fresh injury concerns.

Chelsea played with Eden Hazard in an advanced role instead of an out-and-out striker in the first match at Stamford Bridge, but Conte said Alvaro Morata is in contention to play in the second leg.

Willian, with three goals in his last four games, has been praised for his performances in Conte’s preferred set-up in recent weeks, though.

The Brazil international echoed Conte’s call for a faultless display to beat Barcelona and reach the last eight.

“For us to go through we have to do a perfect game with and without the ball,” he said.

“We come here to do exactly the same job we did at Stamford Bridge against them.

“We know Barcelona always have more possession, they like to play, but with the ball we have to be more clinical and without the ball stay compact.

“We have to do the same job because here the pitch is big and we have to stay together to not concede and go for counter attacks.”

Chelsea set to stick with under-pressure Antonio Conte for now