Alexandria Ocasio-Cortez, Rashida Tlaib and 12 others who made history in the midterm election 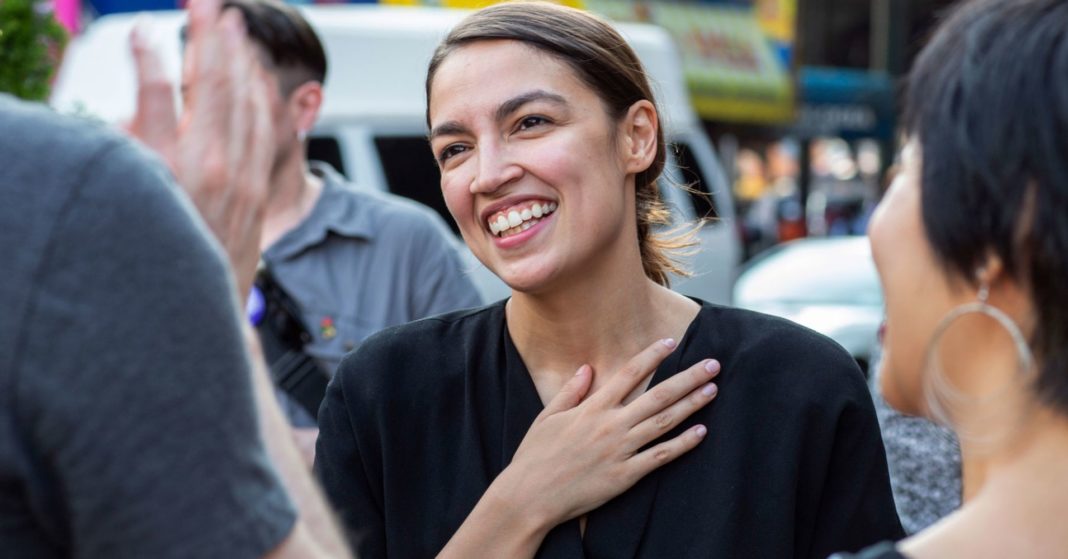 Now, half a century later, political history is still being made. According to an analysis from The New York Times, the midterm election featured an unprecedented number of women, people of color and LGBTQ candidates. The number of white male candidates running for office was the lowest it has been in the past four elections. A record number of more than 100 women were elected to the House — the most in history.

In New York, 29-year-old Democrat Alexandria Ocasio-Cortez was elected to New York’s 14th Congressional District. Her victory makes her the youngest woman ever to be elected to Congress.

“This is what is possible when every day people come together in the collective realization that all our actions — no matter how small or how large — are powerful, worthwhile and capable of lasting change,” Ocasio-Cortez said in a speech after her victory.

Take a look below to see 14 candidates who had historic wins.

In Kansas’ 3rd District, Democrat Sharice Davids beat Republican incumbent Kevin Yoder and Libertarian Chris Clemmons, making her the first lesbian Native American to be elected to Congress. She will also be the first congresswoman to have once been a professional mixed martial arts fighter, reports The New York Times.

In Texas’s 16th Congressional District, Democrat Veronica Escobar defeated Republican Rick Seeberger and Independent Ben Mendoza. Her victory makes her one of the first Latinas to represent Texas in Congress, alongside Sylvia Garcia. She will replace Democratic Rep. Beto O’Rourke, who lost the Senate race against Republican Sen. Ted Cruz.

In Texas’s 29th Congressional District, Democrat Sylvia Garcia beat Republican Phillip Aronoff and Libertarian Cullen Burns. Her victory makes her one of the first Latinas to represent Texas in Congress.

In New Mexico’s 1st Congressional District, Democrat Debra Haaland beat Republican Janice Arnold-Jones and Libertarian Lloyd Princeton. When she is sworn in, she will join Davids as the first Native American congresswomen.

At just 29, Alexandria Ocasio-Cortez is the youngest woman ever elected to Congress. In June, she defeated leading House Democrat Joe Crowley to win the Democratic primary for the 14th Congressional District of New York.

Ayanna Pressley became the first black woman to be elected to Congress from Massachusetts. She ran unopposed after defeating 10-term incumbent Michael Capuano earlier this year in the Democratic primary for the state’s 7th Congressional District.

After winning the Democratic nomination for Michigan’s 13th Congressional District, Palestinian-American Rashida Tlaib ran unopposed. She will replace long-time Rep. John Conyers, 89, who resigned from the position due amid health issues and sexual harassment allegations in December.

In New York, Democrat Letitia James defeated Republican Keith Wofford to become the state’s attorney general. James, 60, is the first woman and first African-American to be elected to this position in New York.