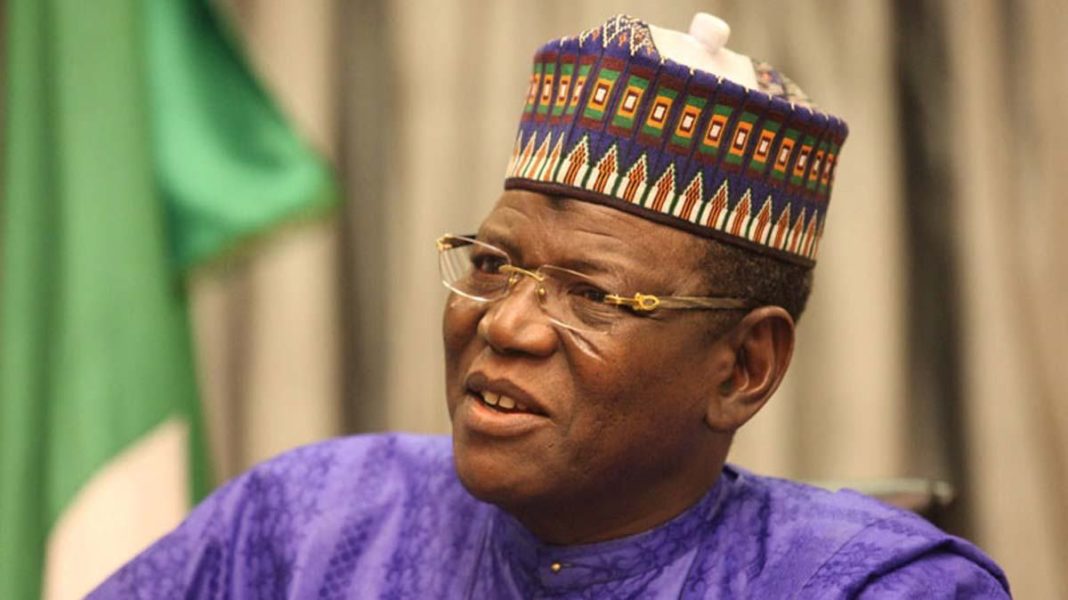 A former Foreign Affairs minister and ex-governor of Jigawa State, Alhaji Sule Lamido, has opened up on issues that resulted to the annulment of the June 12 1993 presidential election.

He described June 12 as a story of political treachery, political double dealing, political betrayal, political deals and political opportunism, all rolled in one, according to Sun.

Lamido said, “In addressing June 12, I will try and give a background and in that process, I may hurt some people, I may hurt some feelings, but then in trying to narrate history, you have to be factual.

“Even in government, there is what you call classified information, which you will not declassify until after a long period when the consequences of the damage caused by it may have been mitigated.

“If I offend anybody in the process, I am sorry. June 12 is a story of high-power politics, a story of political treachery, of political double dealing, of political betrayal, political deals and political opportunism, all rolled in one.
To be able to understand June 12, not appreciate it, you must go back to the time when (General Ibrahim) Babangida was trying to unleash his new transition programme on Nigeria.

“When Babangida decided to promote democracy, he made a decree that anybody who had taken part in politics from 1960 to 1983 December was banned politically by Decree 25. So, it means Nigeria had no political history, simple!

“And then he made another pronouncement and said that in this transition, which he was going to administer, he knows to whom he would not hand over power to, but then he doesn’t know to whom he will. So, from the very beginning, it was a transition with a lacuna.

“There is no way you can deny a country its own historical benefits or values. It is like going into an Army Division like Division 1 in Kaduna, a division, where Kano, Kaduna, Sokoto are part of, and say you are banning everybody from the rank of General to second lieutenant, leaving only sergeants and other ranks. Who then will run the division?

“I raised the alarm, saying there is a lacuna in that transition, especially on the issue of Decree 25 and the issue of knowing whom he (Babangida) was not going to hand over to. In spite of that we formed political parties; our own group was called the PSP which was made up of progressives with people like (Ebenezer) Babatope, Abraham Adesanya, Olu Falae, Lateef Jakande, Ayo Opadokun, the late Solomon Lar and the late Abubakar Rimi. Shehu Yar’Adua formed his own group called PF, all the right-wing elements formed the NCC.

“Suddenly, while waiting for registration, Babangida said all the parties were either tele-guided or guided or led or founded by all those politicians that had been banned, so they were all dissolved under Decree 25. And he came up with two parties, which were the NRC and the SDP and their symbols were derived from the Nigerian insignia, the eagle and the horse. He appointed a sole administrator for the two parties, Air Vice Marshal Alfa.

“The parties belonged to the government; they decided who got what and when. So in essence, annulment was part of the process right from the very beginning. But no one raised an eyebrow.
We came to a convention to elect our flag bearers, in SDP; it was Olu Falae and Shehu Yar’Adua who were running for president.

“In SDP, there were two strong tendencies, the PSP and the PF group and the colours in the party could not blend because the progressives were on one side, all other groups were on the other side. So the battle was between Olu Falae who was our own (progressives) and Yar’Adua who was of the PF group. In the NRC, it was the same battle they were fighting between Adamu Ciroma and Umaru Shinkafi.

“When we held our conventions, the government was watching, and in the end, the government annulled the two conventions. And nobody said anything. Kingibe was our chairman. He could not even defend his party. So at every turn, somebody was either cheated or betrayed and at the convenience of others, they ignored it and it continued.

“When the conventions were annulled, suddenly, from nowhere, Abiola emerged. Again, I mean no offence, when Abiola was in the NPN, he got his fingers burnt there, he was bruised and said he would never participate in politics.

“When the convention of the NRC and the SDP were annulled, there were no single political figures standing to run for the office of the President of Nigeria. Yar’Adua, Adamu Ciroma, Shinkafi, were also banned, so it meant there was no standing character, there was no standing influence of somebody who could qualify to be.

“From nowhere, Abiola and Bashir Tofa appeared. By the time Abiola joined the SDP, a council chairman in his ward or local government, the governor of his state, members of the Houses of Assembly, members of the House of Representatives and Senators had all been elected.

“He had no idea how they were produced. He didn’t know because he came at a time they had all been elected, so in terms of political relationship they didn’t know him talk more of his contribution to the party, same thing with Tofa in NRC.

“When these two joined the race after the annulment of the first two conventions, the confession of the then President Ibrahim Babangida that he knows who he was not going to hand over power to, has become true, since his friends were now emerging, because both Tofa and Abiola were his personal friends. It meant he was goading us towards his own destination.

“Kingibe saw a chance; he didn’t even rise to defend Yar’Adua (after Babangida annulled the primaries), as chairman of the party he connived and endorsed the annulment of the convention of his own party, he endorsed the disqualification of Falae and Yar’Adua and so he saw an opportunity to enter the race. As former Chairman of the party, he entered the race with Abiola.

“Meanwhile, Yar’Adua was so bitter with Babagana (Kingibe). Don’t forget that Babagana was Yar’Adua’s invention; he was Yar’Adua’s creation, because he was unknown politically and unnoticed. Because Yar’Adua was bitter with him, he announced at the convention that we should support Abiola. And the governors too ganged up to say they would only support Abiola if he took Kingibe as running mate.

“Again, when Abiola became the candidate, Olu Falae who saw his space taken over by Abiola was unhappy. Abiola emerged as a national symbol; he was not the choice of the Yoruba because of the role he played in NPN against Papa Awolowo by using his newspaper to demonise him (Awolowo) particularly by exposing his ownership of the Dideolu Estate.

“Most of the Yoruba activists were nowhere near June 12 on June 11 because they adopted the siddon-look (wait and see) attitude; they were never part of it. Meanwhile, there was also a war of succession as to who was going to take over from Awolowo within the Awolowo dynasty, they were fighting.

“By 1983 Bola Ige lost out, Jakande was emerging as Baba Kekere gradually; the Yoruba hawks were also fighting Jakande in the process. By the time June 12 was annulled, the Yoruba hawks that were never part of June 12, who were not there on June 11, saw this as their own means to fight back.

“They came and got June 12 appropriated, they had no hand whatsoever in June 12, they were not part of it; they didn’t even believe in it, they only came on board on June 13. On June 11, they were nowhere, ask Kola (Abiola) ask him, he knows it.”