A desperate cry provokes a miracle 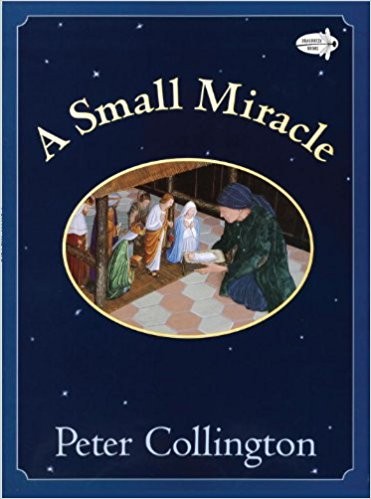 Brethren, let’s not stop giving thanks to God for   keeping us alive and in good health conditions.   Whatever, the challenge, only the living can testify   to a miracle.   It therefore means that you are a potential testifier.

Today,  we’ll  study a part of the life of  King Jehoshaphat  and how he overcame a major   challenge .

First, let’s have a broad discussion on what constitutes a challenge   especially in our marital life.   The issues range from financial limitation to delay in childbearing, issues of frequent miscarriage, hostile in- laws  or one’s relations,    unfaithfulness  of a spouse,  health challenges etc.

For others, it is the challenge of getting a life partner.   For some parents, it could be the issue of a child that has taken to drugs or cultism.

Yet for others, it could be a gang up by relations, neighbours or fellow Christians who just want to bring you down   because of envy.

Are  you still at a loss at what I mean?   I’ll give you an example.   A young lady, black and beautiful went to visit a relation who   just had a baby boy.   When she got there, some people were praying for the mother of the new baby.  Suddenly, there was a word of knowledge that she should not travel home for some time.

She heard but didn’t take it seriously.

So, she travelled home and then decided to beautify herself by remaking her hair.

She went to the village saloon.  Unknown to her, her step sister who is much older than her, had struck a deal with the hairdresser   who used  a  comb to  take part of her hair and gave it to the step sister.

The step sister took this piece of hair to a herbalist and this beautiful young lady went berserk.   Her destiny was truncated.  Someone who should have gone to the university became someone who couldn’t make enough grades to train for any professional job.  As I write today, this lady is yet to fully regain normalcy.

In the name   of Jesus, every gang up against you, your family or your business, the Lord will scatter by fire.

What happened to this lady could happen in an office, or even at a party.   People unite to   work against another person.

In a number of cases, if a person is a victim of witchcraft, there is always a mark of the   witches or wizards on such a person such that wherever that person goes, any other witch or wizard will identify him or her and also attack.

But the good news is that we have a God that has unlimited powers.  A God that can break every yoke.   Witches, Wizards and all forces of darkness  must bow at the name of Jesus.

Brethren, we have gone past the stage where true Christians should be afraid of witches of wizards.

How do I know? Luke 10 vs. 19 is our authority “  Behold I give unto you power to tread on serpents and scorpions , and over all the power of the enemy: and nothing  shall by any means hurt you”.

Also 1st John 3 vs. 8.  Emphasis on the second sentence in that verse . “ He that committeth sin is of the devil; for the devil sinneth from the beginning.   For this purpose the son of man manifested that he might destroy the works of the devil”.

Any gang up to truncate another person’s destiny is the work of the devil.

Wherever such forces are gathered, the Lord of Hosts will over power them in Jesus name.

Jehoshaphat ‘s cry –  Now, let’s look at King Jehoshaphat.   He was a King but was confronted by a combination of forces, which he knew he could not defeat and that’s a lesson for us that those we look up to as high and mighty in society also have challenges.

The story  is recorded  in 2nd Chronicles 20  but we’ll look at the verses relevant to us.

The first thing is to admit there is a challenge.   Secondly, identify it if you can then take the steps of Jehoshaphat.

Verse 3 “  And Jehoshaphat feared and set himself to seek the Lord, and proclaimed a fast throughout all Judah”.  Note he was afraid.  He fasted i.e. he denied himself some pleasures.

Then he CRIED UNTO THE LORD.   Brethren let’s mediate on the words he used while crying unto God.  2nd Chronicles verses 6-15.  “ And said , O LORD God of our fathers, are not thou God in heaven? and rulest not thou over all the kingdoms of the heathen? and in thine  hand is there not power and might, so that none  is able to withstand thee?

Verses 10 to 12 “ And now, behold, the children of Ammon and Moab and mount Seir, whom thou wouldest not let Israel invade, when they came out of the land of Egypt, but they turned from them, and destroyed them not; Behold, I say, how they reward us, to come to cast us out of thy possession, which thou hast given us to inherit.  O our God, will thou not judge them? For we have no might against  this great company that cometh against us; neither know we what to do: but our eyes are upon thee”.   Note the gang up.  Note that these were people that Jehoshaphat did not harm or offend in any way?  Note also his words “ our eyes are upon thee”.

In your case, those who have moved against you are probably relations or people you thought are friends.

Who are you looking up to?  Jesus  or herbalist?  When you look unto Jesus , your victory over your enemies no matter their number is certain but it you look the other way, enemies will have the last laugh over you.  This will not be your portion in Jesus name.

You need to make a desperate cry to God.   You need to repeatedly call his attention to your plight and ask for his mercy.

God’s response-  King Jehoshaphat got his response from God  through Jahaziel, a Levite,  Verse 15 . We’ll take the later part of the verse.  “ Thus saith the LORD unto you, Be not afraid nor dismayed by reason of this great multitude ; for the battle is not yours, but God’s”.

Note that LORD in this Bible passage was in capital letters.   It simply emphasized the Lord of Hosts.   Note also the conclusion, “ for the battle is not yours but God’s”.

Brethren, let me acknowledge that I learnt of this Bible passage and its spiritual effectiveness during one of the  sermons of Pastor Gbenga Oso, general overseer of Laughter Foundation International ministry.

Many people have used it to pray and have given testimonies.    While  praying with verse, 6 acknowledge that he is God and that all powers belong to him. King Jehoshaphat asked the question but you can provide the answer.

Brethren, whatever, you may be going through.  Irrespective of the number of people involved or the forces against you, you shall overcome in Jesus name.

The Lord will fight your battle.

Testimony-    I’ll share this testimony of a woman who had been married for over  1 5 years without a child.   Relations encouraged the man to ‘marry’ another woman and he did.  This other woman after some fertility treatment gave birth to a  baby girl.   It was then that the real wife knew.  Relations and her husband taunted her and made life unbearable for her but she kept crying unto God.  Unknown to the woman, she was already pregnant. Even the husband who had stopped paying attention to her didn’t notice it.   So, the relations with the support   of the husband  planned to throw her out of the house and bring in the other woman.

Shortly after their evil gathering, the husband notices his wife was pregnant but because he had entered into an evil covenant with his wicked relations, he couldn’t tell them.

To shorten the story, his wife gave birth to a baby boy that looked exactly like him.  God shut the mouth of the Peninnah in that family and her collaborators.

God aborted their plans to throw her out of her matrimonial home.   A fight started between the other woman and the relations as she accused them of conspiracy of silence when Madam got pregnant.

In the name of Jesus before this year ends, the Lord will put your enemies to shame and you will sing victory songs.

May  the Lord bless your efforts this week in Jesus name.