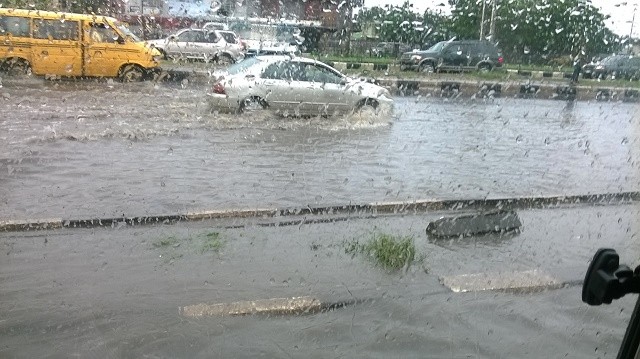 The Lagos State government has warned residents of the consequences of the torrential rains in most parts of Lagos on lives and property.

The state Commissioner for the Environment, Dr. Samuel Adejare, said the rains were bound to disrupt activities as well as have an untoward effect on landed properties, roads and the environment.

“You are implored as much as possible to stay indoors unless it is essential to go out.  However, we strongly advise those who live in lowland and close to water bodies to move upland”, a statement signed by Adejare said.

[View the story “Photos of Lekki flood ” on Storify]

“Due to the downpour in the state, motorists plying Ahmadu Bello Way in Victoria Island and other areas prone to flood, which has caused traffic gridlock in the state, are advised to take alternative routes made available by traffic officials. This is because flood in the area has caused us to temporarily block the road for safety”, the police said in a statement.