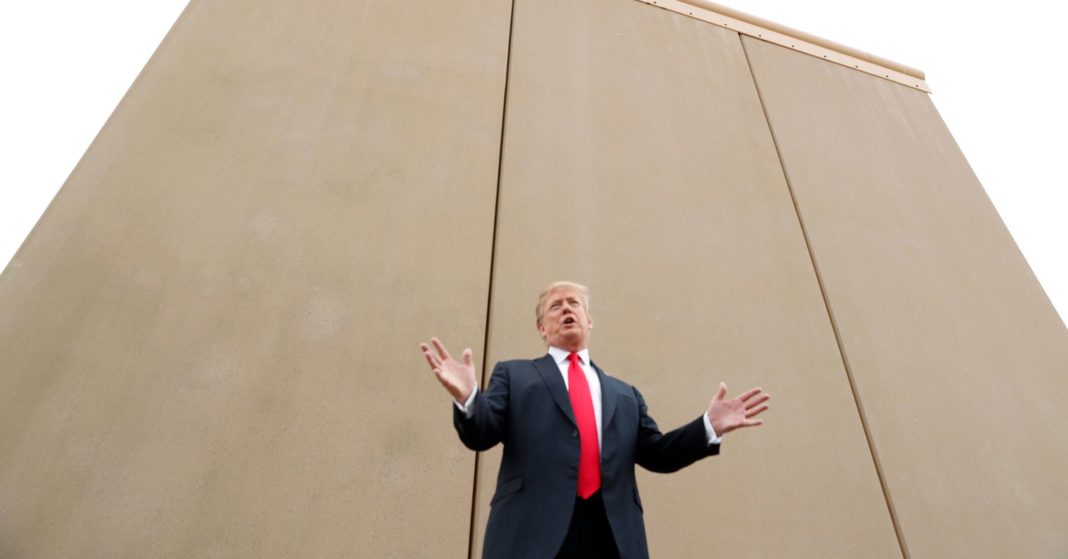 U.S. government funding may lapse next week and cause the third partial government shutdown of the year.

Once again, a spat over President Donald Trump’s immigration plans has derailed talks to keep the government open.

Congress faces a Dec. 7 deadline to fund parts of the government. Trump signed spending legislation in September for five agencies, such as the departments of Defense and Health and Human Services, for the next fiscal year. But lawmakers still need to fund seven other agencies, including the Department of Homeland Security.

As Congress has already approved money for large parts of the federal government, a partial shutdown will have limited effects on its core functions. The funding fight does have stakes for how much of the president’s immigration agenda he can enact as a migrant crisis plays out at the southern border.

Trump has pushed for $5 billion in U.S. funding for his proposed wall on the U.S.-Mexico border — despite his repeated campaign pledge to force Mexico to fund the barrier. Democrats appear reluctant to agree to that sum, the biggest remaining sticking point in the talks. The president told congressional Republicans on Tuesday that he will not back down from the $5 billion demand, according to The Washington Post.

Trump has spoiled for a fight over the wall for more than a year. As the potential political damage of a shutdown has lessened after the midterm elections, the president has seemed increasingly open to letting funding lapse to make a statement.

He has made it a particular point of emphasis as he stokes fears about a so-called caravan of Central American migrants seeking asylum in the United States. Trump has used immigration as perhaps his main tactic to rile up the Republican political base.

In a Tuesday interview with Politico in which he said he would “totally be willing” to shut down the government over wall funding, Trump called the border “a total winner” as a political issue. However, he claimed he does not do anything “just for political gain.”

Trump’s decision to send troops to the U.S. border late last month to respond to the caravan was widely considered a political move ahead of the midterms. Speaking to The Washington Post on Tuesday before the Politico interview, Trump appeared to acknowledge that he may not win the wall fight and mentioned the military as a possible backup plan.

It is not clear Trump actually makes political gains from playing up immigration. The GOP lost at least 39 House seats in the Nov. 6 elections, when the president made the caravan his closing message. Republicans gained two Senate seats while running on their most favorable map in years: Democrats and independents who caucus with them defended 26 seats, compared with nine for the GOP.

Lawmakers in both parties have shown little appetite for a shutdown as a new Congress starts in January and Democrats get set to take control of the House. Still, Democrats do not want to give up too much to Trump — and the GOP needs nine Democratic votes in the current Senate to pass spending bills.

House Speaker Paul Ryan said Tuesday that the current GOP-held House has the support to pass the $5 billion in funding Trump desires. He added that “we hope the Senate comes with us.”

On Tuesday, Senate Minority Leader Chuck Schumer, D-N.Y., tweeted that bipartisan senators have a “months-old agreement” to approve $1.6 billion “for border security, NOT a concrete wall or increases in detention beds or [Immigration and Customs Enforcement] agents.” Schumer told reporters that his party would not agree to more border security funding.

“If there’s any shutdown, it’s on President Trump’s back,” he said.

Schumer and fellow Democrats have faced backlash from the party base for agreeing to any new border security money. Images of migrants, including children, getting tear gassed as they tried to cross the border illegally near San Diego over the weekend only emboldened Democrats against compromise.

House Minority Leader Nancy Pelosi could also face some rebellion within her caucus if she agrees to the $1.6 billion in border security funding. She is trying — and appears close to success — to hold off a pocket of opposition to her bid to become House speaker in January.

Both of the brief shutdowns in January and February of this year also related to immigration. Democrats wanted legal protections and a potential path to citizenship for young immigrants brought to the U.S. illegally as children. But they considered Trump’s demands for border security funding and restrictions on legal immigration too steep.

Polling has found most voters do not agree with Trump’s desire to shut down the government over the border wall. Fifty-five percent of voters said a shutdown is not worth it, while only 31 percent said it was, according to a Morning Consult poll released last week.

Not even a majority of GOP voters want a shutdown over the wall. Forty-nine percent believe it is worth it, while 34 percent think it is not, the survey found.