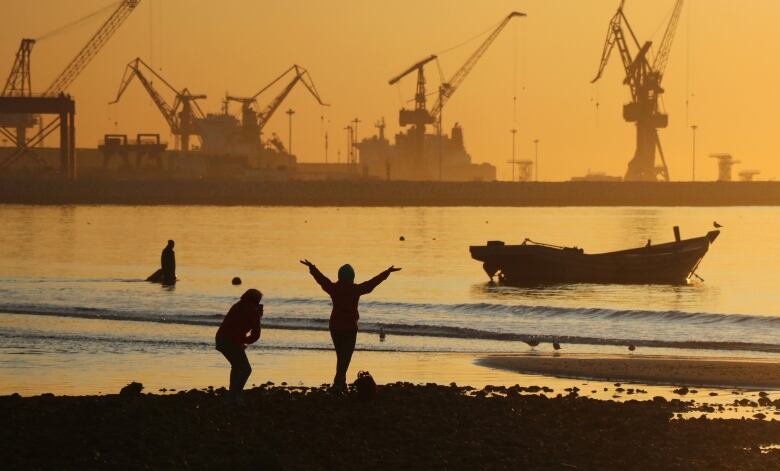 For those looking for some fresh economic bad news last week, it wasn’t hard to find.

On Friday, the country that is now by some measures the world’s biggest economy, China, slumped to its lowest ebb in nearly 30 years.

The United States, the biggest economy in dollar terms, had frightening news of its own as an unexpected slump in retail sales demonstrated that the country’s economic superstar, the consumer, maybe about to walk offstage.

“Time’s up for Canada’s economy, experts say,” was the Toronto Star’s headline on the business section front over a story from the Bloomberg business news service that quoted Rosenberg as “putting the odds of a recession in Canada at 80 percent.”

Knowing where the tigers are

For whatever reason, in the clickbait media world, it is well known that gloom attracts more attention than stories saying that everything is swelling. There are various theories about why going back to our evolutionary past when knowing details about a dangerous tiger contributed more to our ancestors’ survival than bland reassurances.

Clearly, if bad economic times are around the corner, we want to know. The problem, of course, is that it’s not that simple. As I have mentioned, whatever the fundamental causes of a weakening economy, a growing feeling of gloom can itself contribute to or even create economic weakness.

Despite all the confidently spoken and written forecasts, no one really knows what is going to happen next. The well-known U.S. economist Paul Samuelson once famously wrote that “Wall Street indexes predicted nine out of the last five recessions,” and it has been widely observed that economists have an even worse record.

Not so gloomy after all

In fact, a detailed reading of the Bloomberg copy beneath the dismal headline offers the surprise that the majority of those at the conference being covered, unlike the often-gloomy Rosenberg, saw no Canadian recession in the coming year.

After my own contribution to the gloomy mood last week, I thought it only fair totally a few of the reasons why Canada may well not see the worst of any global recession.

After a slow patch, Canadian houses are selling again. And while they may have reconsidered for a while, there are signs that the condo builders who have filled skylines with cranes are making too much money to stop. Some have pointed to the recent slump in New York condo prices as a warning, but there are reasons why Canadian cities are different.

One of the differences between Canada and many other places is that the country’s welcome mat means the population, housing demand and economy continue to grow. Many of those people come with money in their pockets, feeling Canada is a safe place to keep it. A report last week showed that one in five homes in Canada is bought by someone who arrived in the last 10 years.

Despite some hints of a slowdown in parts of the economy, Canada keeps making jobs, and wages are rising. Trouble in the energy sector may have bottomed out. Overall unemployment keeps hitting record lows and wages keep rising. While a slowdown could reverse the trend, the low jobless rate and the worker shortage in many sectors may help to bridge a weak patch.

While in other countries prices are stagnant even as central banks cut rates, Canadian inflation remains well within the Bank of Canada target range. Core inflation, the rate the bank’s Stephen Poloz uses as the best indicator, averaged more than two percent. Research has shown one of the reasons inflation remains healthy is that poorer Canadians, who get a fairer share here than in other places, spend it all and stimulate the economy rather than tucking it away as savings.

Despite the attention we often pay to the debt Canadians carry, there is another group, many with paid-off houses, deep pockets, and pensions who will keep doling out that money into retirement.

A large and growing group of well-heeled retirees who have been helped to save with government retirement programs such as RSPs and tax-free savings accounts will act as a safety net for the wider economy.

Partly because of the taxes paid by well-employed middle-class Canadians, younger Canadians are among the best-educated on the globe. That human capital is a pool of stored wealth that cannot be easily destroyed, even by company failures.

While government spending has been a background issue in the campaign for today’s federal election, so far the country has a fiscal pad to help boost the economy should the global slump worsen. Compared to our southern neighbor, Canada’s books are sound, and due to several revamps, the Canada Pension Plan, while meager, is adequately funded, most actuaries say.