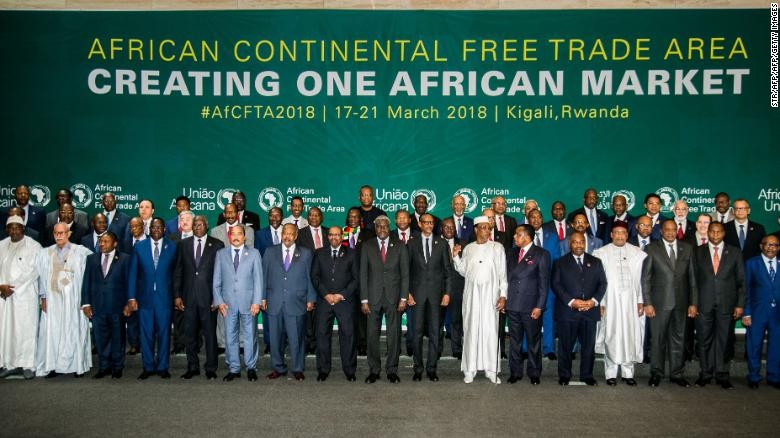 The African Heads of States and Governments pose during African Union (AU) Summit for the agreement to establish the African Continental Free Trade Area in Kigali, Rwanda.

Lagos, Nigeria (CNN)The African Continental Free Trade Area (AfCFTA) has been signed by 44 African countries at a summit of the African Union in Kigali, Rwanda.

10 of the African Union’s (AU) 55 member states did not sign the agreement.
The summit was a step forward for the AU’s 2063 project for closer African integration, with 27 member states also signing a commitment for the free movement of persons.
The AfCFTA has the potential to bring over 1.2bn people together into the same market. The bloc of 55 nations would be the largest in the world by member states. 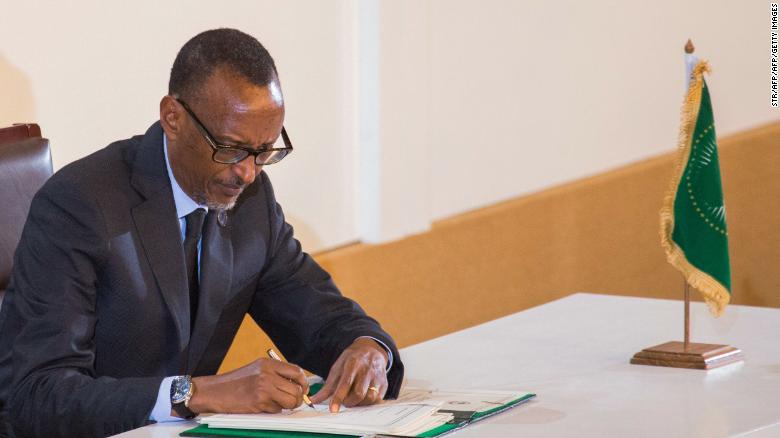 Rwanda’s President Paul Kagame signs an agreement for establishing the African Continental Free Trade Area.
African leaders signed the agreement that is predicted to boost intra-African trade. If successful, it will be the biggest trade trade agreement since the formation of the World Trade Organization in 1995.
By reducing barriers to trade, such as removing import duties and non-tariff barriers, African countries hope to boost intra-continental business.
The AfCFTA could improve trade between African countries, which in 2016 estimates stated accounted for only 10%.
Nigeria hasn’t joined the party
However, it wasn’t all forward progress. In a set-back for the African Union, Nigeria, one of Africa’s largest economies and the most populous, declined to sign the agreement.
Commenting on Twitter, Nigeria’s President Buhari said: “We will not agree to anything that will undermine local manufacturers and entrepreneurs, or that may lead to Nigeria becoming a dumping ground for finished goods.”
South Africa, also one of Africa’s largest economies, did not sign the agreement, but President Ramaphosa stated his commitment to the agreement once the necessary legal processes were undertaken. The president did sign the Kigali agreement on the establishment of the AfCFTA. 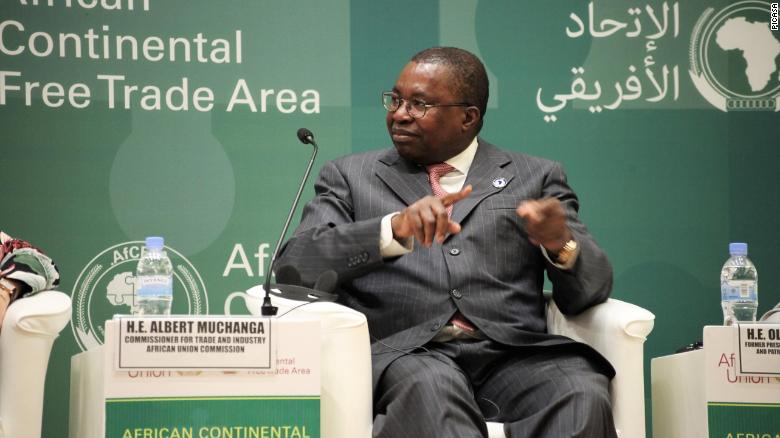 H.E. Albert M. Muchanga, African Union Commissioner.
Albert M. Muchanga, AU commissioner for Trade and Industry, remained optimistic: “The other countries will come on board. We’re very very certain about that.”
“The Labor movement, civil society, parliamentarians. They need to reach out to everybody,” Muchanga said.
Jean-Louis Billon, VP of AfroChampions, a private sector group backing the initiative, told CNN: “There (are) too many barriers within the African continent and the only way for us to get to real development in the future is to boost trade and industry relations.”

A work in progress 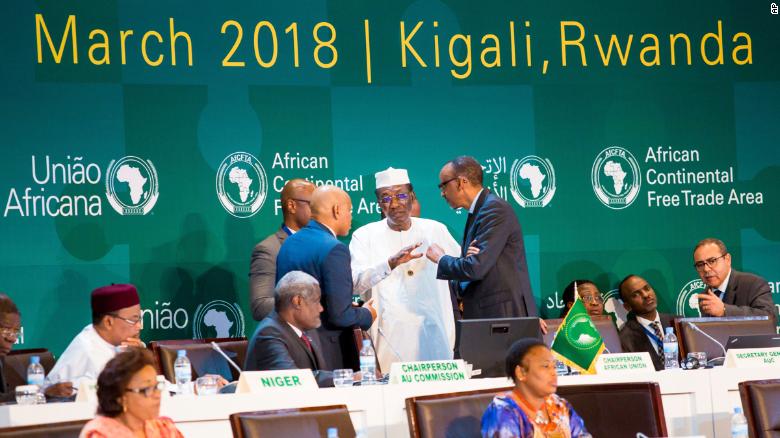 President Paul Kagame consults with Chadian President Idriss Deby.
The idea of a continent-wide trade agreement has been work in progress for decades, but has accelerated in the past few years by African leaders committed to Pan-African integration.
“We started with the regional economic communities in the 70s and they were designated as the building blocks to the African economic community. Then in 1991 we had the Abuja Treaty in terms of the African economic community, with the indicative timeline of 34 years,” Muchanga told CNN.
“Then in 2012, we decided to fast track the process and that’s when it was it was decided that we should create the African Continental Free Trade Area,” Muchanga said.
The summit has been launched off the back of the Single African Air Transport Market (SAATM), unveiled in January. A total of 23 member states signed a commitment to bring air travel under a common regulatory framework.
Share
Facebook
Twitter
WhatsApp
Pinterest
Linkedin
ReddIt
Email
Print
Tumblr
Telegram
Mix
VK
Digg
LINE
Viber
Naver
Previous articleImpeachment: Focus on Buhari’s sincerity in fighting corruption —Agbonayinma
Next articleRivers PDP Secretary survives after ‘strange’ tree reportedly fell on his vehicle