We need to stop giving Kanye a platform to lie 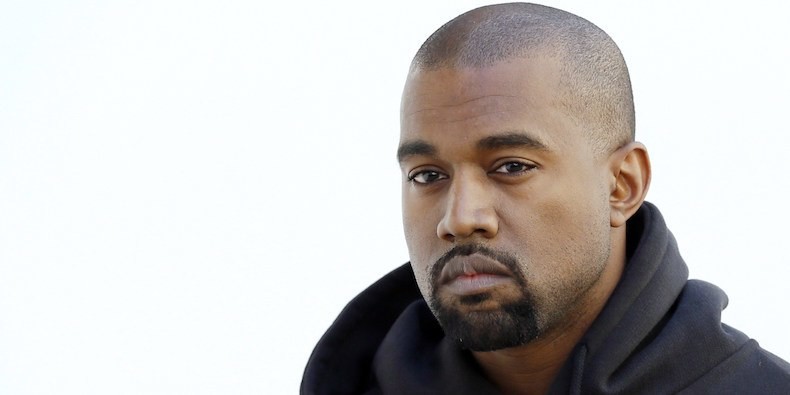 There are opinions, and then there are facts. As the saying goes, people are entitled to their own version of the former, but not the latter.

A fact: Centuries of slavery in America were the consequence of the capturing and abusing of countless black people by white people, which led to more institutional racism and systemic oppression following emancipation.
An opinion based on a lie: “When you hear about slavery for 400 years … for 400 years? That sounds like a choice.” So Kanye West said during a TMZ interview on Tuesday.
“Like, you was there for 400 years and it’s all of y’all? It’s like we’re mentally in prison. I like the word ‘prison’ because slavery goes too direct to the idea of blacks. It’s like slavery, Holocaust. Holocaust, Jews. Slavery is blacks. So, prison is something that unites us as one race. Blacks and whites being one race. We’re the human race,” West continued.
Yes, West is entitled to his own opinion, but not his own facts. Suggesting that 400 years of slavery “sounds like a choice” is simply not an opinion based in truth. Anyone who chooses to seek any fact in his statement is abandoning reason altogether. But this is where the cult of celebrity has gotten us. Our President, a former reality television star, has a hard time separating fact from fiction — and now his new fan Kanye clearly does too.
While President Trump’s position makes it harder to shut down his questionable statements, it shouldn’t be too difficult to do that for West. It’s time Americans of conscience seriously reconsider the role we play in giving celebrities a platform to espouse lies — especially at a time when everyone needs the truth more than ever.
Fortunately, TMZ’s Van Lathan stepped in to set the rapper straight on the difference between opinion and fact, telling West: “I think what you’re doing right now is actually the absence of thought and the reason why I feel like that is because, Kanye, you’re entitled to your opinion.”
More fans of Kanye now need to follow Lathan’s lead. Like many, I was once a fan of West. I found many of his outspoken antics to come from a place rooted in truth. When he once proclaimed in 2005 that former president George W. Bush “doesn’t care about black people,” he spoke to the frustration many black Americans and others felt when the Bush administration appeared incompetent in dealing with the aftermath of the Hurricane Katrina disaster that devastated New Orleans and surrounding Gulf Coast communities.
Despite Kanye’s brash approach, I understood the context of his criticism of Taylor Swift’s beating out Beyonce during the 2009 MTV Video Music Awards. Many critics still remember the cultural impact of Beyonce’s “Single Ladies” video over Swift’s “You Belong With Me” visuals.
But West’s latest rants on Twitter have lacked the “genius” label many once associated with him. His messaging is scattered — a combination of historical fiction mixed with personal self-exploration and possible publicity-seeking. West doubled down on his defense of his TMZ interview, tweeting that “once again I am being attacked for presenting new ideas.”
Thankfully, many on social media have finally had enough. By Tuesday night, #IfSlaveryWasAChoice was trending worldwide on Twitter, calling out West and others who still entertain falsehoods about slavery.
As I saw many of the tweets mocking West, I grew annoyed that we’re even having this conversation in the first place. In 2018, it’s backwards that America would even be engaging in debates about the undeniable facts surrounding slavery.
And then I looked back at the source: Kanye West.
The time has come to stop amplifying his platform when he continues to misconstrue facts and distract the public from truth. Shutting him down is not a matter of censoring opinions; it’s a matter of being responsible in how we elevate or endorse the cult of celebrity in situations that further espouse toxic lies. At this point, any outlet that continues to allow Kanye West a platform to knowingly speak such misinformation is either enabling the former or exploiting his celebrity status for ratings.
Discrediting the impact of slavery is not a topic we should treat as a wacky entertainment fodder but one with real sensitivity and ethics. I’m no longer enlightened by West’s brand of “new ideas,” because such oppressive thinking is as old as slavery itself. Perhaps Kanye should spend less time on Twitter striving to provoke, and invest more time in a history class where he can do something many of would prefer — listen to facts.
Share
Facebook
Twitter
WhatsApp
Pinterest
Linkedin
ReddIt
Email
Print
Tumblr
Telegram
Mix
VK
Digg
LINE
Viber
Naver
Previous articleIs Kim Jong Un for real?
Next articleIndian court warns about Taj Mahal discoloration