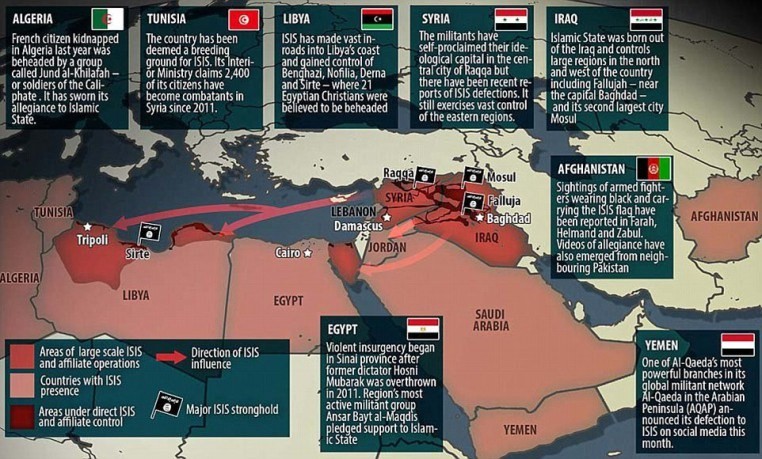 At least 11 people were beheaded Wednesday after an attack on a checkpoint controlled by Libyan military strongman Khalifa Haftar south of Tripoli, a spokesman for his forces said.

“At least nine soldiers were beheaded… in addition to two civilians” at the checkpoint about 500 kilometres (300 miles) south of Tripoli, Colonel Ahmad al-Mesmari said, blaming the Islamic State jihadist group for the gruesome attack.

No group has yet claimed the attack at dawn on a checkpoint run by Haftar’s forces in the Al-Jufra region.

Haftar’s self-proclaimed Libyan National Army seized the area, including a key military air base, in June from the Benghazi Defence Brigades coalition which includes Islamists driven out of Libya’s second city by the field marshal’s forces.

Analysts and military sources say IS remains active in Libya, particularly the south, despite losing its stronghold of Sirte in December 2016.

Libya has been rocked by chaos since the 2011 fall and killing of longtime dictator Moamer Kadhafi in a NATO-backed revolution.

Jihadists, arms dealers and people traffickers have gained a foothold in Libya as multiple authorities and dozens of militias vie for power.