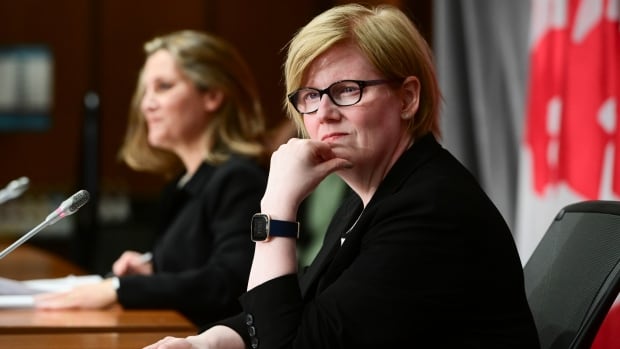 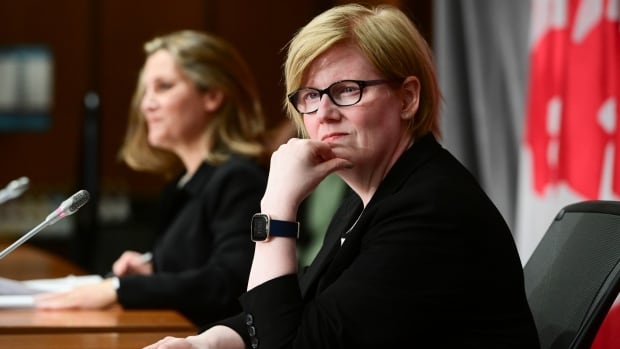 Canadians graduating from high school or entering the job market now are at risk of long-term damage to their job prospects because of the pandemic, says Employment Minister Carla Qualtrough.

Qualtrough told CBC News in an interview for The House airing today that, in past crises that affected the job market, it was younger Canadians just getting their working lives started who suffered “long-term scarring.”

“So we could lose this generation if we don’t deliberately or intentionally shore up the sides of their opportunities,” Qualtrough told host Chris Hall.

CBC News: The House10:45Generation COVID: Graduating into a pandemic

Employment Minister Carla Qualtrough discusses the federal government’s role in supporting graduates who are entering the workforce during the pandemic. 10:45

The interview with Qualtrough was part of a special episode of The House focusing on how the pandemic has affected younger Canadians. The UN has warned of the risk of a “generational catastrophe” if education and other youth issues are not addressed urgently.

At 16.1 per cent in April, the youth unemployment rate in Canada is double the overall national rate, according to Statistics Canada data. That’s down from the 20.1 per cent rate for all of 2020 but still far higher than rates for any other full year of the past decade.

Timothy Lang, CEO of Youth Employment Services, told The House the real percentage of youth out of work is likely higher than that because some younger Canadians are not looking for work or are on the Canada Recovery Benefit.

“I suspect it’s still closer to 20 per cent, which can have a real damaging effect on youth, and there’s a scarring effect that can continue well into the future,” he said.

There were 101,000 jobs lost among those aged 15-24 in April as a new wave of pandemic restrictions affected sectors that tend to employ young people: retail, food services, culture and recreation.

Research shows that those who enter the labour force during a recession can suffer a disadvantage well into the future. Studies done following the 2008 financial crash showed young graduates had higher rates of unemployment and earned less when they did get jobs.

University of Waterloo student Friyana Karai is dealing with it firsthand. She said employers don’t seem to be interested in hiring students and she and her peers are missing out on valuable experience.

“Being in this job market has been really tough,” she said. “It’s kind of forced me into the position where I have to think about doing more school because I’m not qualified to go into the workforce yet.”

Qualtrough said the federal government took steps during the pandemic to address issues facing students, primarily debt and training and apprenticeship opportunities. Budget 2021 included almost $300 million in funding for a new work and training program meant to create 500,000 new opportunities, and other commitments to training people for small businesses, the tech sectors and other sectors with labour shortages.

“Whatever jobs we create, we have to unapologetically preserve some of those opportunities for young people,” Qualtrough said, pointing to a program to plant five billion trees and another that would help small businesses digitize.

Qualtrough said the pandemic has reinforced barriers to young people entering the labour force, especially those with disabilities, or racialized or Indigenous people.

She spoke about her own four children and their difficulties in managing education and work throughout the pandemic.

“Am I worried as a mom? Yeah. But do I think we can fix it and make sure this whole generation isn’t lost? Absolutely.”