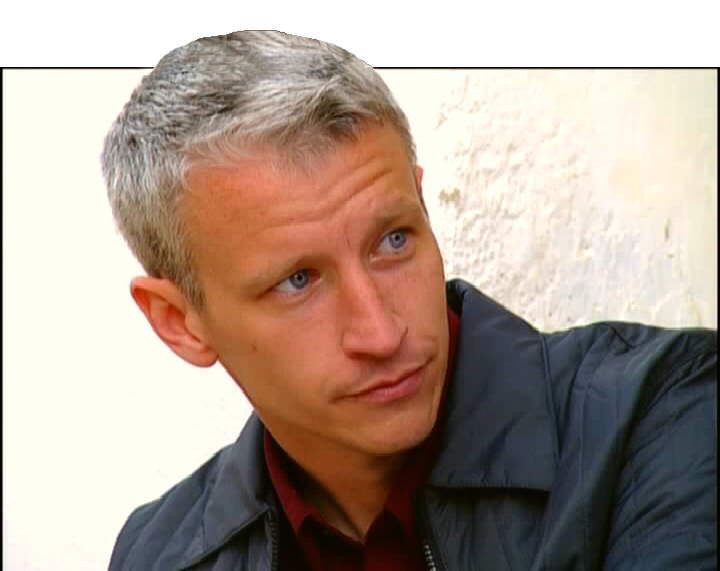 When people think of Anderson Cooper, who turns 50 today, it’s very likely that they immediately think of the CNN newsman’s signature silver/white/grey hair. Whatever shade you want to call it, it’s his calling card—and people dig it.

In the past, the silver fox has been called “The guy with the white hair” by NeNe Leakes and has even landed himself the honor of being on People magazine’s “50 Shades of Grey” list.

But what did the possibly most popular man in cable news look like before his hair went white?

Cooper gave his fans a little treat when he posted an old school birthday pic on Instagram earlier today, showing him as a dark-headed, salt-and-pepper twenty-something-year-old. He’s almost unrecognizable from the fun-loving, but distinguished newsman we all know and love.

Along with the throwback photo, the TV journalist wrote, “Thanks for all the lovely birthday wishes. My friend Andrea sent me this. Clearly taken a long, long time ago. Probably 1993.” The photo appears to have been taken when Cooper was around 26, about four years after he graduated from Yale University.

Cooper, who has previously referred to himself as “pigment challenged,” hasn’t always been so keen on his signature style. During a 2012 episode of Watch What Happens Live!, Cooper talked to his best bud and almost-birthday twin, Andy Cohen about his hair color landing him on People‘s grey-haired stars list.

“In my mind I still have salt-and-pepper hair, and there is no pepper left, it’s all just salt,” joked Cooper, who also gave his friend a birthday shout out yesterday.

Looking at the magazine, Cooper said to his pal, “I don’t want to be at the grayest of gray. On my row, I am next to Ted Danson, John Slattery, Jorge Ramos, Ron Perlman, Bill Clinton, Morgan Freeman, Harrison Ford—everybody is really old!”

“Wow, the Silver Fox is pissed. He’s pissed,” Cohen said with a smirk.

Grey, white, salt and pepper? We’ll take the Coop any way we can get him!