World Cup final: Everyone wanted us to lose in #Qatar – Argentina star, #Martinez 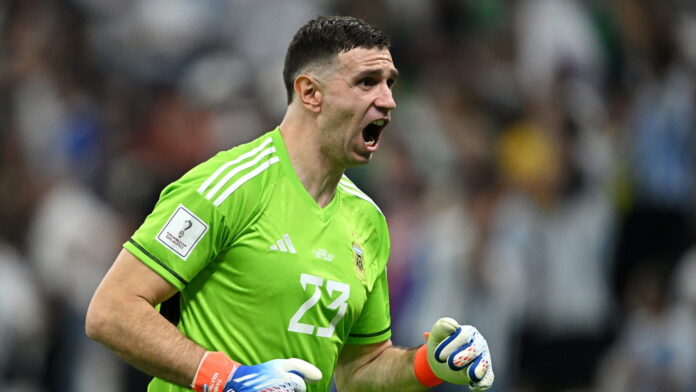 Argentina goalkeeper, Emiliano Martinez, has said everyone wanted his team to lose in Qatar.

Martinez said this after Argentina defeated Croatia 3-0 in the World Cup semi-final tie on Tuesday night.

The 30-year-old will now hope to lead Argentina to victory in the World Cup final on Sunday when they will face the winner between Morocco and France.

“We lost the first game. All of a sudden it is everything upside down. People doubted us. Obviously, we lost the unbeaten run of 36 games.

“Against Mexico, the first half was a little bit sloppy. Everyone wanted us to lose, so it is us against the rest of the world.

“I am so glad that this 26 [man] group of players are all fighters and we have got 45 million Argentinians all behind us.

“It is just amazing. We feel the crowd on the streets – they are all full of Argentinians.