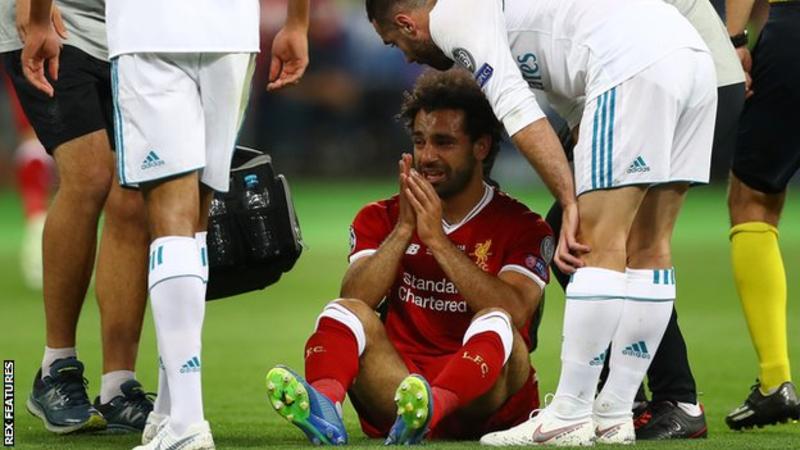 Liverpool and Egypt forward Mohamed Salah says he is “confident” of playing in the World Cup after suffering a shoulder injury in the Champions League final defeat by Real Madrid.

Salah, 25, left the pitch in Kiev in tears after a first-half challenge with Real Madrid captain Sergio Ramos.

“Your love and support will give me the strength I need,” said Salah.

Egypt play their first game of the World Cup in Russia on 15 June against Uruguay in Yekaterinburg.

After the game in Kiev, Reds boss Jurgen Klopp described the injury as “really serious” and it did not “look good” on the Liverpool website.

But the Egyptian FA tweeted that Salah’s X-ray showed he had a “sprain in the shoulder ligaments” and that it was “optimistic” he would be fit for Russia.

Salah, who scored 44 goals for his club last season, tried to carry on after the tangle with Ramos in the 26th minute.

However, he was forced to leave the pitch a few minutes later and was replaced by Adam Lallana.