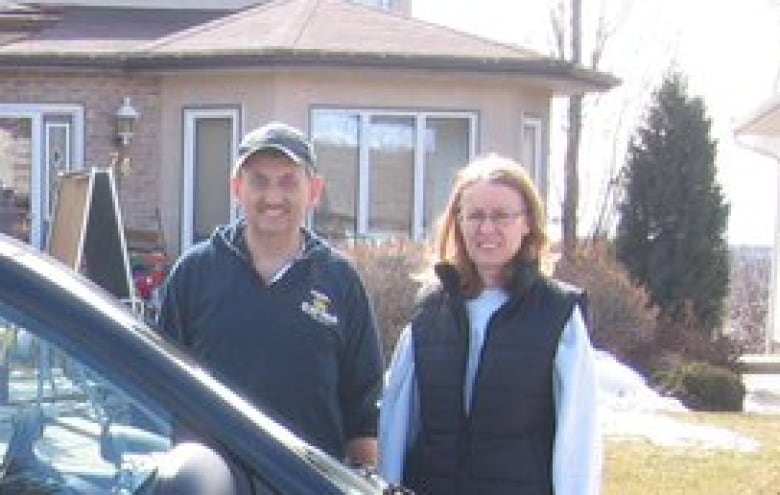 Police in Brandon, Man., say a woman who was found dead in the rubble of the house she and her husband recently bought was fatally injured before their home exploded on Tuesday evening.

Robert Hughes, 63, was charged with second-degree murder in the death of Betty Hughes on Saturday, Brandon police confirmed Monday.

“The death of Mrs. Hughes was not accidental, but was caused by injuries inflicted on her prior to the explosion,” Brandon police Sgt. Kirby Sararas told reporters on Monday.

“The explosion was also determined to be intentionally set.”

Emergency crews were called to the home around 8 p.m. CT on Tuesday. When they arrived, they found the front of the home in ruins, with household items strewn across the front yard. The force of the blast also caused the two side walls of the home to buckle outward.

Police said there was a strong smell of natural gas in the air when officers arrived.

Sararas said emergency crews were unable to enter the remains of the home for hours after the blast because the building was not stable.

“We had to ensure the safety of all the emergency services workers before they went inside,” she said.

Betty was found dead in the rubble after the home was shored up and deemed safe to enter. Robert was critically injured and flown to Winnipeg’s Health Sciences Centre for treatment.

He was released from hospital on Friday and arrested shortly after by investigators with the Brandon police major crimes unit.

Land title documents obtained by CBC News say the home recently had been sold and was registered to the Hughes in July.

An immediate family member had no comment when reached by CBC News on the weekend.

Police said Robert was jailed at the Brandon Correctional Centre after his arrest. He appeared before a justice on Saturday and was expected back in Provincial Court in Brandon on Monday morning.

Betty’s death is Brandon’s second homicide of 2019. The first, the stabbing death of a 15-year-old boy in late August, happened after a full calendar year without any homicides.

“Murders are not common here and then to add a house explosion on top of a murder definitely complicated matters,” Sararas said.