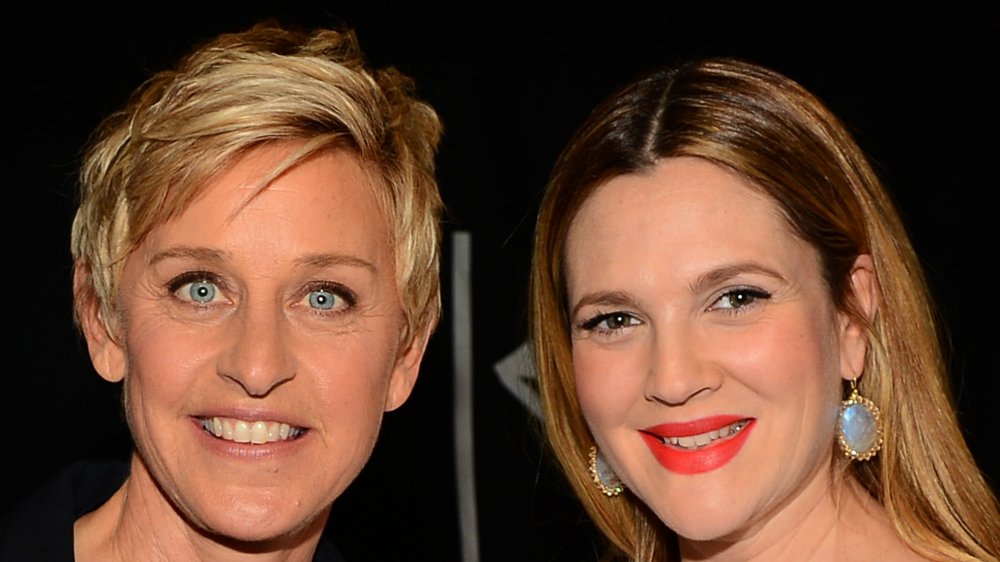 Add Drew Barrymore to the growing list of stars who have had an issue with Ellen DeGeneres. Controversy began swirling around the comedian and host of The Ellen DeGeneres Show in spring 2020 when insiders and other celebrities began speaking out about the star’s not-so-nice behavior following an image-shattering workplace exposé.

According to a Variety report from April, members of Ellen’s core stage crew — which is made up of about 30 employees — were “outraged over their treatment from top producers amid the coronavirus pandemic,” claiming that for weeks they were kept in the dark on “their working hours, pay, or inquiries about their mental and physical health.” In July, BuzzFeed News reported on a “toxic work culture” at the show as well, including a Black employee telling the outlet she experienced “racist comments, actions, and ‘microaggressions,'” while there.

Some celebs have come out in support of DeGeneres, including Kevin Hart and Katy Perry. Hart wrote on Instagram in August, “It’s crazy to see my friend go thru what she’s going thru publicly. I have known Ellen for years and I can honestly say that she’s one of the dopest people on the f*****g planet.” One A-lister who thinks Ellen is less “dope,” and she’s far from alone, is Drew Barrymore. The 50 First Dates actress, who is thought to be “one of the sweetest most down-to-earth” stars around, according to Bustle, has a sordid past with the star. Here’s Drew Barrymore’s history with Ellen DeGeneres. 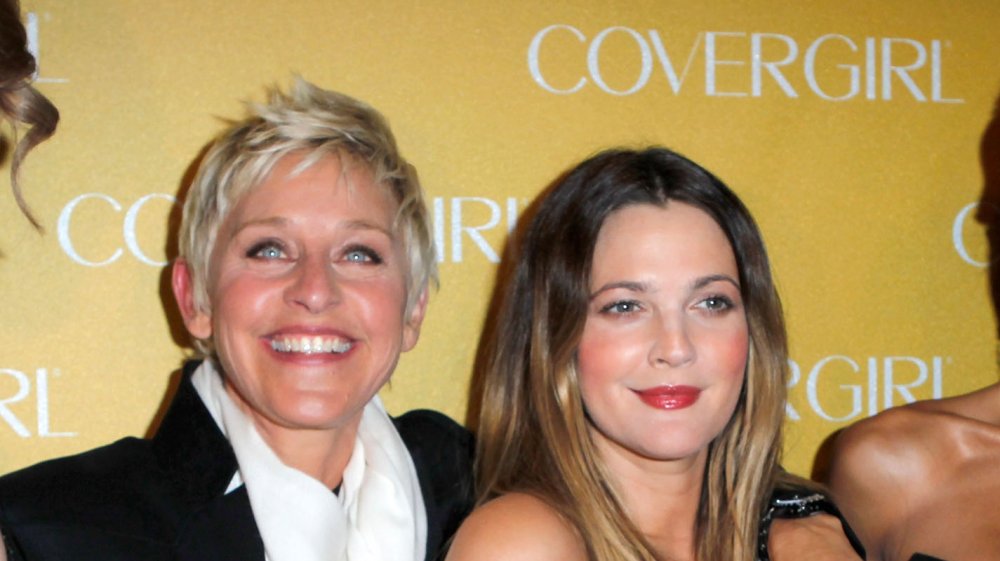 Did you know Ellen DeGeneres and Drew Barrymore had a TV show together? NBC’s First Dates launched in April 2017, and it seemed like a sure-fire hit. Executive produced by DeGeneres and narrated by Barrymore, the series offered “a voyeuristic look at a variety of real first dates happening throughout one night at the same restaurant in Chicago,” and was based on a UK series, per NBC. Drew Barrymore, Ellen, awkward first dates…what’s not to like? But according to In Touch, the partnership wasn’t meant to be.

“Ellen and Drew are a case of oil and water,” a source cited by the magazine alleged. “Ellen expected to be the one calling the shots, but Drew thinks she should have creative control because she’s the movie star people are tuning in to see.” The show was scrapped after one season, so we’ll sadly never know if this sweet docu-style series concept had legs. Meanwhile, Barrymore reappeared on Ellen’s show in 2018, so it seems the two are at least on better terms. But as some celebs come out to support DeGeneres, Barrymore is decidedly staying silent. And as Twitter clamors for an Ellen Show replacement host, maybe the actress should put her upcoming daytime talk show on hold and claim the throne.