Who are England’s World Cup stars? 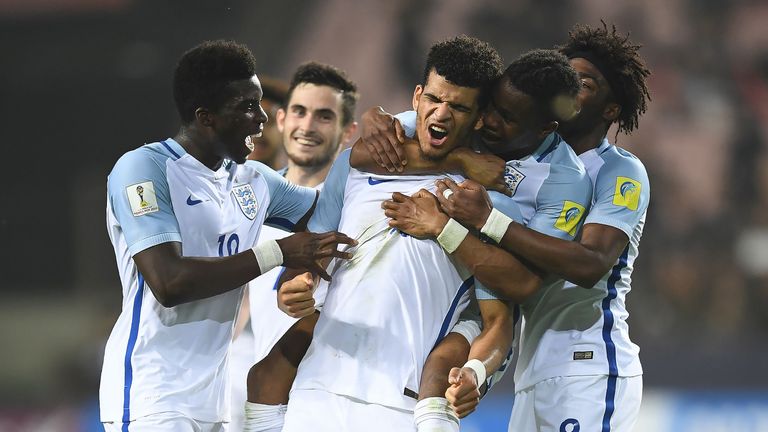 Ahead of England’s U20 World Cup final against Venezuela on Sunday, we profile each of the young lions in Paul Simpson’s squad.

After beating Italy 3-1 on Thursday, Simpson’s side are one victory away from silverware in South Korea, and you can follow live text coverage of the clash at 11am on SkySports.com.

Here, we give you a brief lowdown on Simpson’s 20 young stars…

The Newcastle goalkeeper has featured in five out of the six games at the World Cup, conceding just three goals. The 20-year-old, who is yet to play for Newcastle, has made a number of crucial saves to help the England youngsters to the final.

Twenty-year-old stopper Henderson is yet to make a first-team appearance for United, and played on loan at Grimsby Town last season. He is very much No 2 to Woodman in Simpson’s eyes, but did start in the 1-1 draw against Guinea in the group stage.

A full-back in the mould of Seamus Coleman, Kenny has played every minute of England’s campaign so far and has two assists to his name. 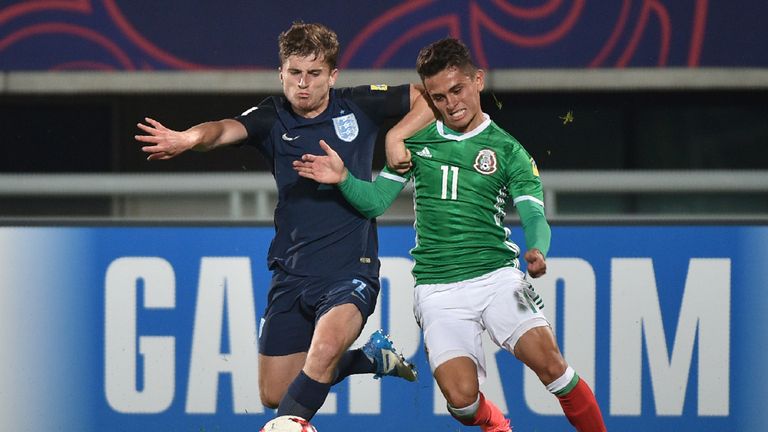 England defender Jonjoe Kenny has been impressive so far

Tomori, who spent the second half of the season on loan at Brighton, is another ever-present in Simpson’s back four. The Canadian-born defender scored a calamitous long-range own goal in the 1-1 draw with Guinea earlier in the tournament but recovered well by playing every minute of the next four games, helping the side keep two clean sheets.

Connolly featured in the opening two matches of the tournament at left-back, helping England to a win and a draw.

The highly rated Chelsea star, who spent last season on loan at Bristol Rovers, has featured three times during the tournament, including the 3-1 semi-final win over Italy.

England’s captain has featured in five of his side’s six games, scoring one goal and grabbing two assists in the run to the final. 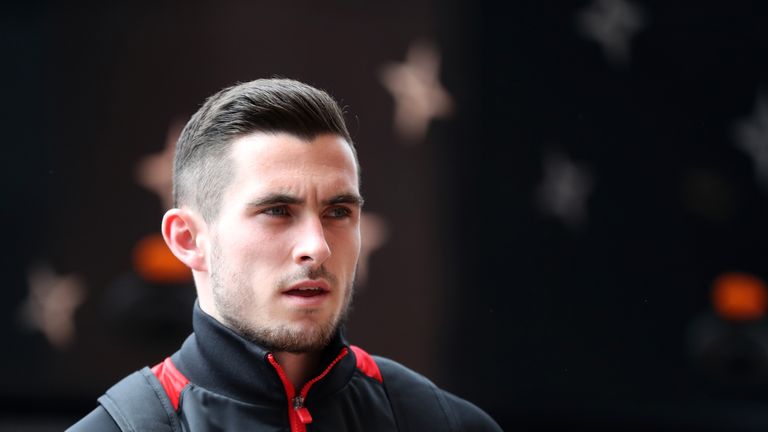 The midfielder, who has made two first-team appearances for the Gunners, has featured in all of England’s games at the U20 World Cup. The 19-year-old set up Cook’s goal in the 1-1 draw with Guinea.

The 20-year-old made 11 appearances for Everton last season, scoring one goal. He scored the opening goal of England’s World Cup campaign and set up Ademola Lookman’s second in the 2-1 win over Costa Rica.

The 19-year-old, who has played twice for Everton’s first team as a sub, has featured in all of England’s games at the U20 World Cup, scoring once and collecting two assists.

Onomah, who has made 13 appearances for Tottenham, has played in four of England’s six matches. He was suspended for the semi-final after being sent off for two bookable offences in the quarter-final win over Mexico.

Armstrong, who spent the season on loan at Championship team Barnsley, has scored once in four appearances for Simpson’s side.

The forward has made the headlines back home in recent weeks for deciding to leave Chelsea to go in search of first-team football with Jurgen Klopp at Liverpool. And he’s backed it up with some excellent performances at the U20 World Cup, scoring four goals in England’s run to the final. 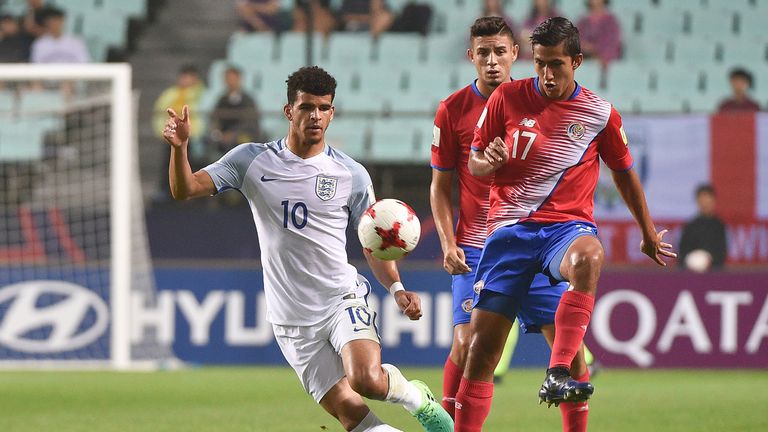 Dominic Solanke moved to Liverpool this summer, and scored twice in the semi-final win over Italy

Lookman burst onto the scene for Everton on his debut by scoring in a victory against Manchester City in January, and he sprinkles the magic dust over this England U20 side. Simpson has him playing off the left-wing, which enables him to cut in and also wander into a central area where he’s linked well with Solanke and Toffees teammate Dominic Calvert-Lewin – as shown when he bagged both goals in the 2-1 win over Costa Rica. He also scored in the semi-final win over Italy.

The 19-year-old came off the bench to set up Lookman’s goal in the victory over Italy, and is looking to bounce back after a disappointing 2016/17 campaign with Liverpool and Wolves.

After a bright 2015/16, which saw him make eight Premier League appearances, an injury-hit campaign stuttered his development last term.

The London-born 19-year-old joined Liverpool from Arsenal three years ago, and made eight appearances for the Reds last season, impressing particularly in the EFL Cup. He has started once and come off the bench twice for Simpson’s men in this tournament.

One of two Middlesbrough players in the squad, midfielder Chapman has a decent amount of senior football experience having played on loan in promotion campaigns with Barnsley and Sheffield United in 2016 and 2017. However, he’s played only 15 minutes in this World Cup campaign.

Sharing the name of his right-back rival at Spurs, Walker-Peters can also play on the left of defence, and has played a key role so far for Simpson’s side.

The 20-year-old could get more chances at Spurs next season if Kyle Walker (the senior) leaves the club. 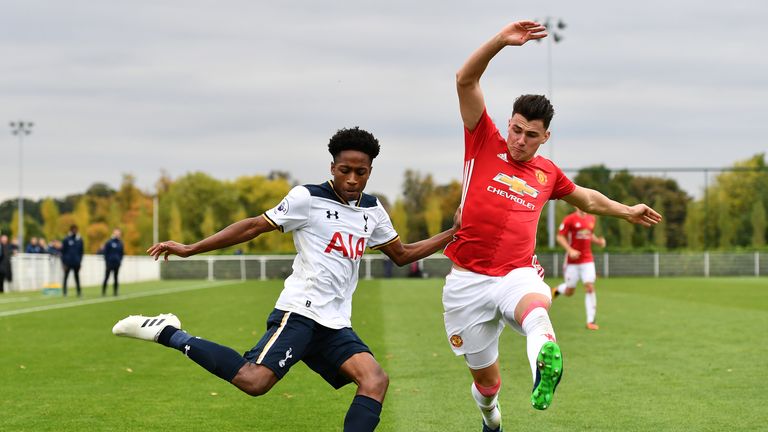 Nineteen-year-old defender Fry was on loan at Rotherham last season, but could get more of a look in at the Riverside this season under new manager Garry Monk.

He has started three games in this tournament in which the team has conceded just one goal.

Academy graduate Konsa signed a new three-year contract at Charlton in March, but will no doubt be linked with a move elsewhere in the coming year after impressing in League One last term.

The centre-half has played only one minute so far in the tournament, but has 39 games with the Addicks under his belt from last season.