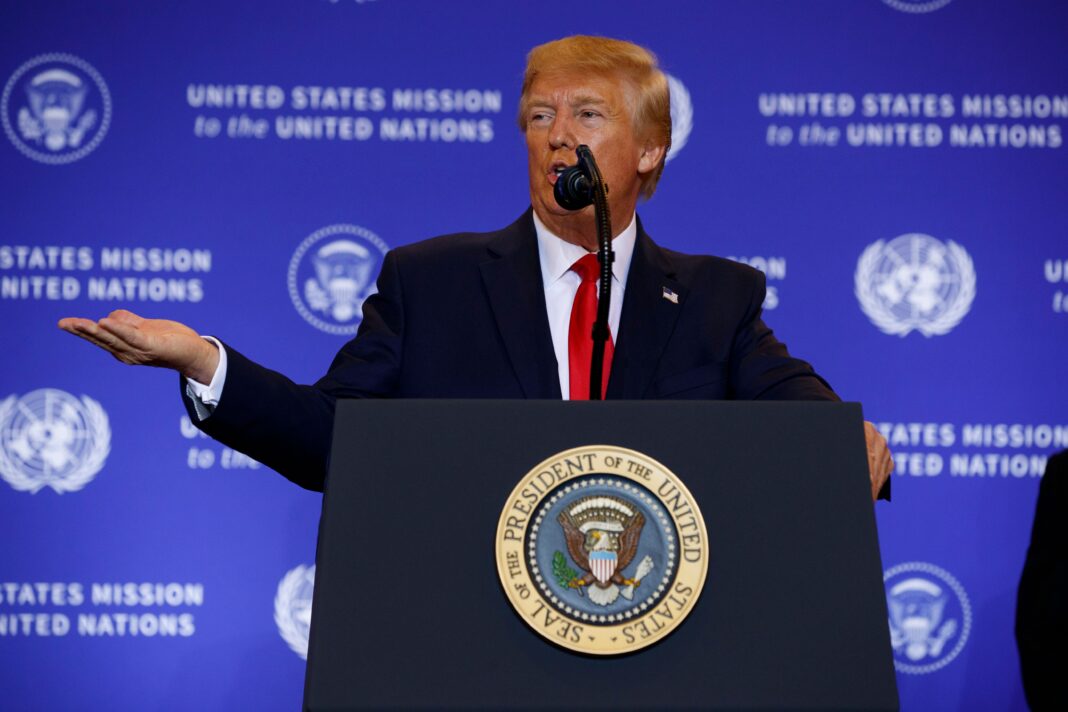 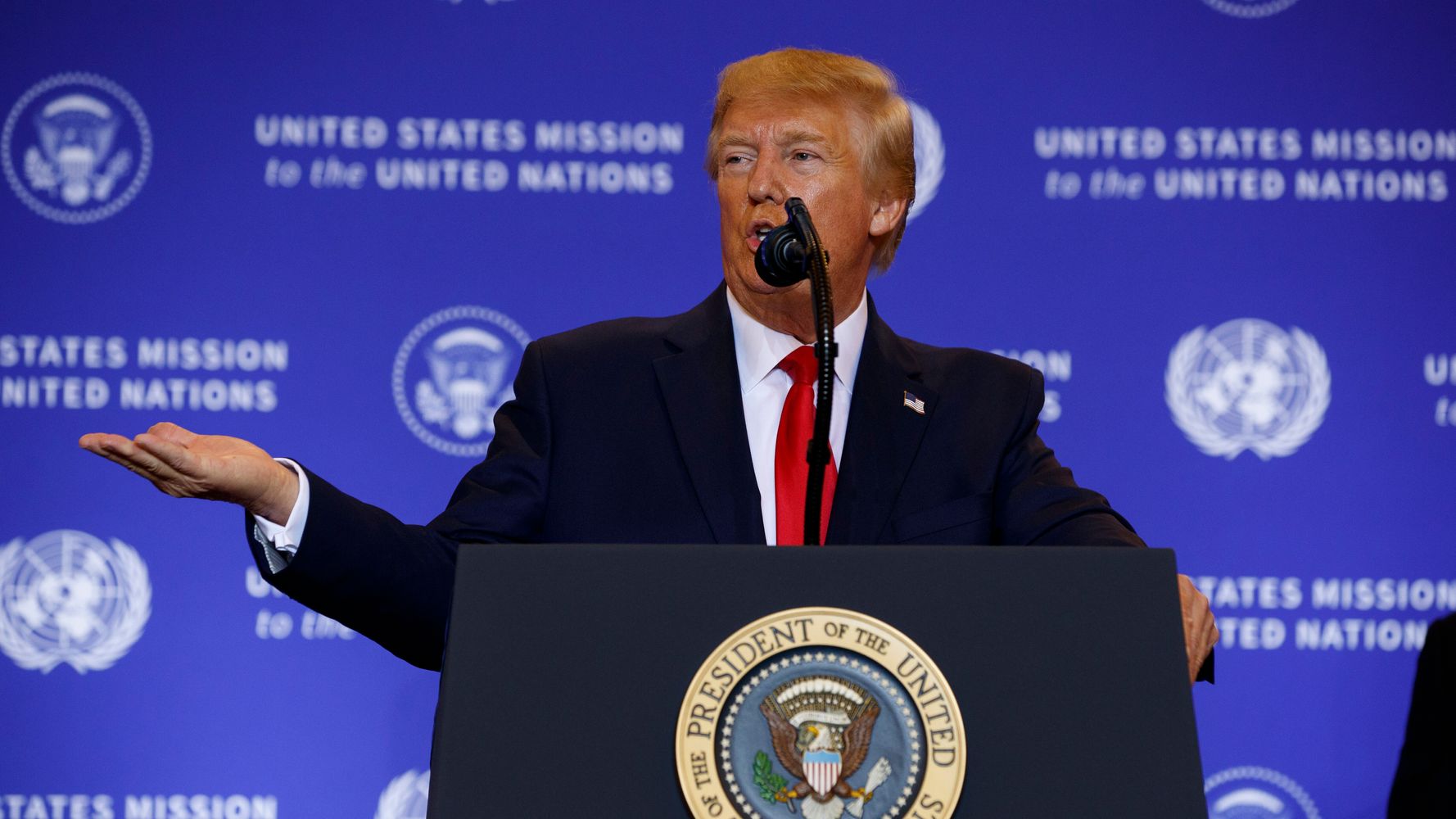 WASHINGTON (AP) — The White House is dusting off its playbook from the special counsel’s Russia investigation.

Caught off guard by the speed at which a whistleblower’s claims have morphed into an impeachment inquiry, President Donald Trump and his team are scrambling to respond.

They’re turning, at least for now, to some of the same strategies they used to counter special counsel Robert Mueller’s investigation.

The basic tactics deployed by the short-staffed White House: Attempt to discredit government officials at the heart of the story. Dispatch Trump lawyer Rudy Giuliani and other allies to muddy the picture. Lean on Republicans in Congress to provide cover.

And, most of all, presidential counterattacks.

Just as the Republican president considers himself to be his own best adviser, he often acts as his own most vocal defender.

“It’s a disgrace to our country. It’s another witch-hunt. Here we go again,” an agitated Trump said Thursday as he returned to Washington after four days at the United Nations in New York. “They’re frozen — the Democrats. They’re going to lose the election; they know it. That’s why they’re doing it. And it should never be allowed, what’s happened to this president.”

The velocity at which the whistleblower story enveloped Washington was remarkable.

In just a few days’ time, a whistleblower’s complaint that Trump encouraged the president of Ukraine to help investigate political rival Joe Biden led to congressional hearings, allegations of a White House cover-up and House Speaker Nancy Pelosi announcing the start of an impeachment inquiry.

The White House was not ready.

While Trump’s strategists have long believed an impeachment push could backfire against Democrats, the president has also voiced concern that impeachment could become the first line of his political obituary.

He lashed out after Pelosi announced the inquiry, firing off tweets from his New York penthouse and winding down his U.N. stay with a press conference at which he seemed aggrieved and subdued.

The next morning, at what was meant to be a salute to the workers from the U.S. Mission to the United Nations, Trump let loose with a threatening tone on Thursday.

“I want to know who’s the person, who’s the person who gave the whistleblower the information? Because that’s close to a spy,” Trump said, according to audio released by The Los Angeles Times. “You know what we used to do in the old days when we were smart? Right? The spies and treason, we used to handle it a little differently than we do now.”

At the same time, Joseph Maguire, the acting director of national intelligence, appeared before Congress and acknowledged that the complaint filed by the whistleblower alleged serious wrongdoing by the president.

Aligning themselves with the White House, most Republican legislators at the hearing wasted few chances to try to undermine the unidentified whistleblower’s credibility. They tried shifting the focus to Democrats and unproven theories, much like those the GOP used to attack Mueller when he testified about his Russia investigation over the summer.

With his trademark scattershot style, Giuliani played a key role in muddying the facts and trying to undermine the credibility of the Mueller investigation.

In this case, Giuliani’s outreach to the new Ukraine government to investigate Joe Biden made up a major piece of the whistleblower’s complaint, and the former New York City mayor went on offense again as scrutiny of his actions intensified.

“The complaint is questionable and the whistleblower is a pure partisan,” Giuliani said, without supplying evidence for either assertion.

He then tried to shift the focus onto Rep. Adam Schiff, the Democratic chairman of the House Intelligence Committee. He claimed the Californian had been trying to “frame” Trump for years and “should be investigated for lying, enabling perjury, and trampling on constitutional rights.”

A weary West Wing, after being shadowed for two years by the Mueller probe, lacks the organization required to sustain a serious impeachment fight.

During the Clinton impeachment, the White House had a muscular team of veteran lawyers and aggressive press aides to try to shape news coverage in their favor. The Trump White House has no equivalent.

White House press secretary Stephanie Grisham asserts that “nothing has changed” with the whistleblower’s complaint. But the White House has largely ignored substantive questions about the allegations. And its strategy appears hinged on hopes that the partisan frenzy stoked both by both the progressive left and Trump himself will cloud out substantive concerns raised by the whistleblower.

The White House strategy, in close coordination with Trump’s reelection campaign, is aimed at motivating the president’s base supporters to stick with him in 2020.

But allies suggest there is a risk that the Trump’s team is focusing too much on the campaign at the expense of the perilous Capitol Hill proceedings that lie ahead.