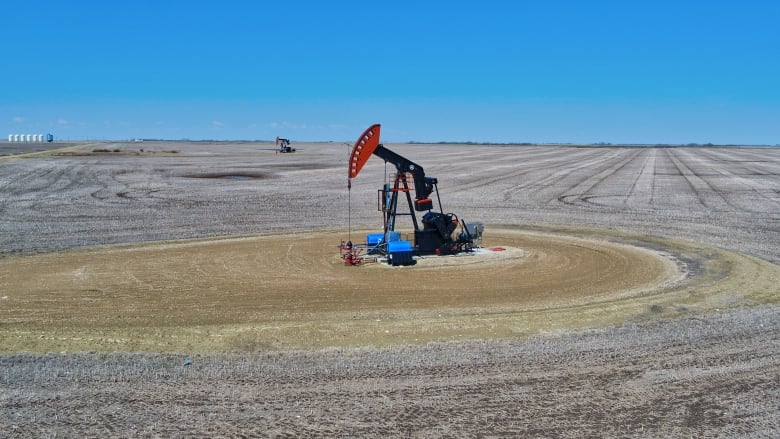 Not long after oil prices started their plunge in March, the calls for financial aid for Canada’s oilpatch began — and continued as the sector shed $8 billion in spending and more than 700,000 barrels per day of production amid the COVID-19 pandemic.

While the oilpatch may have wanted the help to arrive sooner, Ottawa has now unveiled programs for seemingly every size of oil and gas company. However, not all of the money is yet available, and some of them come with strings attached.

The debate over whether the programs are sufficient — and whether the federal government should help the oilpatch at all amid climate change concerns — will continue for months to come.

But as the key programs are rolled out, here is a closer look at what they are and how they’ve been received.

The programs were announced in mid-April, but at this point, it’s not yet clear how many companies will get the help. The BDC program won’t be deployed until early June, and as of last week, details were still being finalized.

The two programs are geared toward small and mid-sized companies, where many in the business see the most urgent need.

“Instead of a bank calling the loan on a small company, the EDC is backstopping the bank from reducing the bank line,” said Jeremy McCrea, an analyst with Raymond James. “That is very helpful.”

The funding would be beneficial to about 30 or 40 of the small and medium-size oil producers belonging to the Explorers and Producers Association of Canada (EPAC), according to Tristan Goodman, the group’s president.

While there may be some frustration about the progress to date, Goodman isn’t discouraged.

“Let’s give this a few more weeks and see if the program is working as intended,” Goodman said. “I still think this is a strong program.”

Prime Minister Justin Trudeau says he doesn’t share the Bloc and Green Party leadership’s “assessment” of the future of the oilpatch in Canada. 1:37

When Prime Minister Justin Trudeau unveiled LEEFF in mid-May, he stressed the program is a bridge loan program, not a “bailout,” and the government is “a lender of last resort.”

The Alberta government and industry leaders welcomed the announcement, although the conditions attached to the financing will likely deter some companies from applying.

One of those details is a built-in safeguard for taxpayers which requires participating companies to give the government either an ownership stake or cash equivalent of 15 per cent of the principal loan amount.

“I think you would have a lot of the shareholders say, ‘You know what? Let’s actually try and continue to work with our lenders,'” McCrea said.

Industry leaders say the only companies who will access this program are the ones in dire straits, and firms may turn to LEEFF only if the downturn drags on into 2021.

Goodman, with EPAC, expects another 20 to 30 companies in industry will likely apply for this financing, depending on all the restrictions attached.

“There will be certain pieces that may or may not work for some companies,” he said. “Conditions are always something that can cause problems.”

The payroll subsidy could provide a significant amount of money to oilpatch companies big and small, considering there are about 200,000 people directly employed by the oil and gas industry.

Similar to the LEEFF and BDC/EDC programs, CEWS is not specific to the oilpatch and is available to all industries.

One thing the subsidy cannot do is jump-start exploration and drilling, where there have been significant layoffs despite the federal program.

Pine Cliff Energy is one of the companies applying for the payroll program. Of its total production, 91 per cent is natural gas. Still, the price of oil and natural gas liquids have dropped so much that the company’s overall revenue has fallen enough to meet the program’s threshold.

“Right now, we have no intentions to have any layoffs related to the pandemic,” said chief executive Phil Hodge. “Hopefully, the funding will help confirm that decision.”

Conservative Leader Andrew Scheer reacts to Finance Minister Bill Morneau’s bridge financing announcement that will offer big Canadian businesses across all sectors to help keep employees on the payroll through the pandemic. 0:57

Ben Brunnen, with the Canadian Association of Petroleum Producers (CAPP), estimates the value of the wage subsidy program at $100 million across the industry.

“I don’t think [it] quite provides as much of a boost as some of the other programs that are needed,” Brunnen said. “But there is some benefit, and I think some companies will be applying for it.”

The industry is expected to clean up its own mess but has had help from governments in recent years as the number of inactive oil and gas wells grew.

The federal program not only tackles some of the issues but also helps the oilfield service sector, which has seen work dry up quickly as oil producers pull back on spending and drill fewer wells.

The federal money was given to provincial governments in British Columbia ($120 million), Alberta ($1 billion) and Saskatchewan ($400 million) to disperse.

The first phase of Alberta’s program gives companies up to $30,000 to clean up wells.

About 3,000 companies have already applied for the program, to remediate close to 37,000 wells.

Pine Cliff has spent $7.5 million over the last three years to clean up its inactive wells, and hopes to access the government support to accelerate its reclamation efforts.

Hodge, its chief executive, said the funding will bring economic benefits to many rural communities, especially in the southern and eastern parts of Alberta.

“These are all in areas that have not had much oil and gas activity for, in many cases, decades,” he said.

Another $200 million from Ottawa is for Alberta’s Orphan Well Association, which is to be repaid. The industry-funded group is responsible for cleaning up wells left over when companies go bankrupt.

Environmental groups have welcomed the federal funding but want Alberta to also make policy changes — like regulated timelines for cleanups and upfront bonds — to prevent the list of orphan and inactive wells from growing.

According to the federal government this program and the well cleanup program together are expected to create about 10,000 jobs across the country.

The oil and gas sector is the source of 43 per cent of the country’s methane emissions, considered one of the most potent greenhouse gases (GHG).

“Reducing GHG emissions continues to be a priority for our industry during this time, as well as [for] governments,” said Goodman, with EPAC.

A slight recovery in oil prices is relieving some of the pressure on industry, but the federal programs are still viewed in the sector as a necessary bridge to the other side of the crisis.

Analysts say there appears to be a bit more confidence in the marketplace these days as demand for fuel picks up along with the easing of pandemic restrictions. There’s hope rising crude prices mean companies can avoid the large layoffs there might have been if prices were stuck in the single digits.

Still, CAPP’s Brunnen does not expect companies to ramp up production to pre-COVID levels until probably late 2021.

“That’s a long time that companies are going to have to have access to liquidity to shore up their balance sheets,” he said. “Between now and then, a lot can happen.”