WestJet drops out of talks with government on pandemic aid 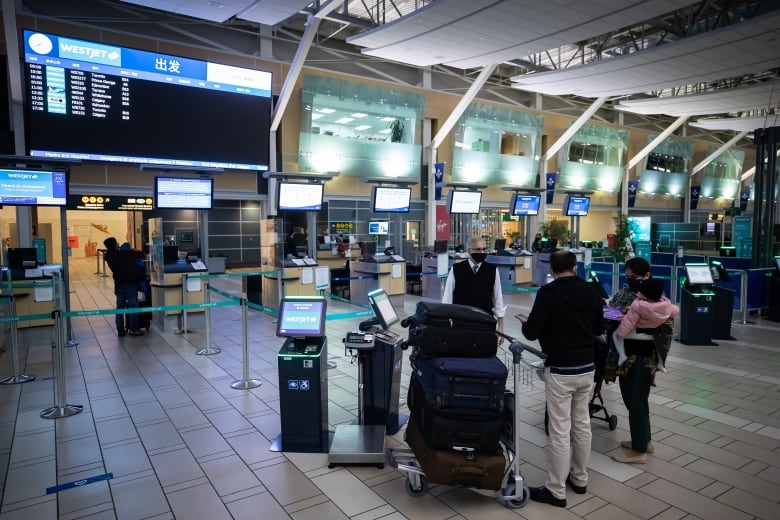 Calgary-based WestJet said today that after months of negotiations, it has officially ended talks with the federal government on a financial aid package to help the airline during the COVID-19 pandemic.

The statement from the airline, released this afternoon, comes a day after Canada announced it plans to reopen the border to fully vaccinated U.S. citizens next month and to vaccinated travellers from around the world in September.

“Given encouraging vaccination rates across the country, both parties have mutually agreed to shift focus from these negotiations, and away from taxpayer-funded support, to leading the safe restart of the travel and tourism sector,” WestJet said in the statement.

The federal government said it and the airline agreed “mutually … to suspend constructive discussions” and it’s open to restarting talks in the future if necessary.

Major airlines have been lobbying the government for months for financial help. The carriers argued an aid package was desperately needed as a lifeline for an industry hit hard by the pandemic. Air travel dropped to historic lows as airlines endured border closures, travel restrictions and quarantine orders.

Several carriers already have reached multimillion or multibillion dollar deals with the government in exchange for refunding passengers for flights cancelled during the pandemic.

Air Canada reached a $5.9 billion deal with the federal government consisting of low-interest loans; the government took a $500 million equity stake in the company. Air Transat also secured a $700 million support package. The parent company of Porter Airlines received a federal loan of up to $270 million.

“You tried to fool us today with all of your positive @WestJet posts,” tweeted Kusie. “The truth comes out. This announcement proves the industry always knew they were on their own and are ready to move on without you.”

The office of Deputy Prime Minister and Minster of Finance Chrystia Freeland said that it has provided “substantial support” to the airline sector.

“That support to date includes more than $2 billion in wage subsidies for airlines and $1 billion announced in the Fall Economic Statement for airports and smaller airlines,” wrote Freeland’s press secretary Kat Cuplinskas.

Before entering talks with the government, WestJet’s president and CEO Ed Sims said it wasn’t about the money and his company was not seeking a “bailout.” Instead, the airline said it wanted the government to lay out a recovery plan for the industry, he said.

WestJet’s books are closed to the public since it’s privately owned by Toronto-based Onex Corp.

“We are not seeking policy that strictly supports our bottom line and, frankly, that is not what the nation needs,” Sims wrote to MPs and senators in December 2020.

CBC News has reported that in March, WestJet’s demand for a plan to restart domestic air travel caused some tension at the talks. The talks that started in the new year with Deputy Finance Minister Michael Sabia are confidential and those involved have signed non-disclosure agreements.

In today’s statement, WestJet said it remains open to resuming talks with the government about financial support in the future.

WestJet recently apologized and said it made an error by refusing some customers’ refunds for rebooked flights during the pandemic. The admission came after a CBC News investigation into complaints from customers.