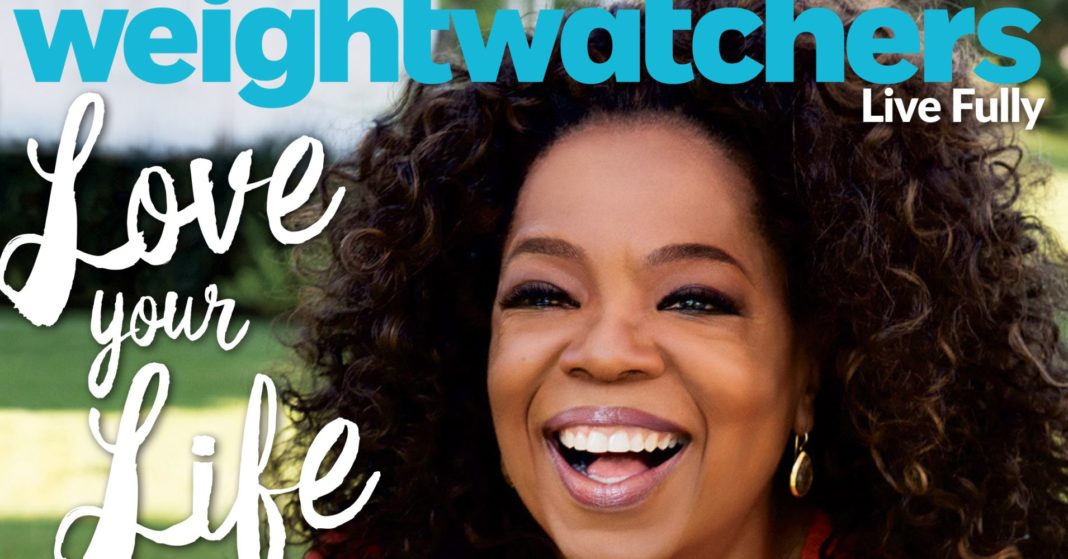 The 55-year-old company started using the shorter name last year in an attempt to embrace wellness — a buzzy but vague term intended to promote a healthier lifestyle that would attract and retain customers long after they achieved their target weight.

The message fell flat with consumers. Weight Watchers is now forecasting a 10 percent drop in membership during the first quarter, the crucial diet season after the holidays that can make or break a diet companies’ entire year, the company said in releasing its fourth-quarter earnings Tuesday. Shares plunged by roughly 35 percent Wednesday, erasing more than $48 million from Oprah Winfrey’s stake in the weight loss company.

“It’s gone from being a high flying growth company to being a beaten up kind of turnaround situation,”said Linda Bolton Weiser, an analyst at D.A. Davidson & Co.

Weight Watchers did not respond to requests for comment.

“If I was going to assess what the [problem] was, it wasn’t granular enough,” Grossman told analysts on a call Tuesday. “I think it needed to be more weight loss-focused, especially in the January season, and a more aggressive bridge from Weight Watchers to WW it needs to be more overt.”

Weight Watchers strayed too far from its core weight-loss mission too fast. Grossman assured analysts the company has already started massaging its message and will launch the new ad campaign with Winfrey this spring.

While Winfrey is a powerful asset, the company’s reliance on her celebrity status also presents a risk.

“One of the bear criticisms for the stock is that Oprah is the whole reason for the company’s success,” Bolton Weiser said. “If they’re now saying they’re tying their whole advertising to her, doesn’t that fuel worries about the day Oprah decides not to be involved?”

Meanwhile, the company’s started adding back references to its former self after abruptly replacing the Weight Watchers name with WW in marketing materialsin September. Its website and social media accounts now say: “WW. Weight Watchers reimagined.”

Branding expert Laura Ries said she was “stunned and shocked” when Weight Watchers changed its name last year. It’s never a good idea to switch to initials, “especially when no one uses the initials,” she said.

Oppenheimer analyst Brian Nagel said he wishes Weight Watchers would’ve made its changes last spring so they could’ve had more time to refine their messaging ahead of the key diet season.

Grossman said the company created new television and digital ads featuring testimonials from customers geared specifically to lapsed members. However, the new WW campaign failed to bring lapsed members back into the program, a key demographic the company relies on.

“I think they need to truly reintroduce what this is,” Nagel said. “I’m not a branding expert, so take it for what it’s worth, but they have to find balance between not disenfranchising historical customers and appealing to new customers.”

More people are opting for Weight Watchers’ digital-only plan, which is less expensive than the traditional membership that includes the company’s signature group meetings. This shift is pressuring the company’s overall revenue. It’s also hurting merchandise sales, since many products are sold in meetings.

Grossman said she personally is “very focused” on improving the meetings business, or studio as the company calls it. Weight Watchers hosted open houses in January and will soon open a studio inside a Kohl’s store in Chicago.

Next year, the company plans to introduce a new diet plan. Meantime, the new WW will need to fine tune its message — both to prospective members and lapsed ones — and communicate that the new name is a new-and-improved version of the Weight Watchers everyone knows.

“If you were starting a new brand now, sure, you could become more of a lifestyle program,” said Ries, co-founder of consulting firm Ries & Ries. “You have to deal with who you are today. It’s very hard to change a brand.”