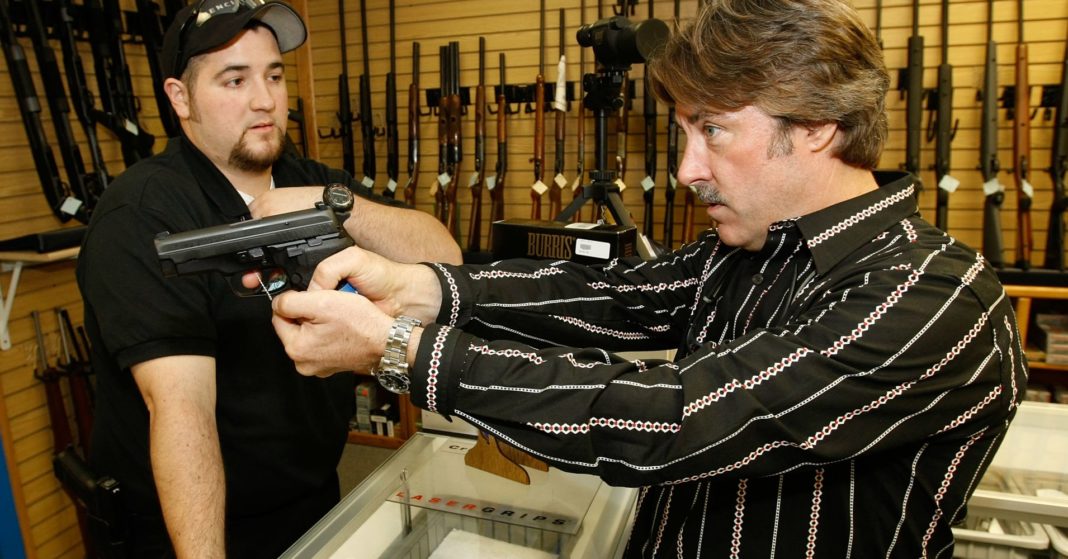 The House passed a bipartisan bill to boost gun background checks on Wednesday, starting the most significant push Congress has taken to increase firearm regulations in years.

The legislation, the most significant gun control plan Congress has voted on in more than two decades, passed the Democratic-held House in a 240-190 vote. Eight Republicans supported the measure, while two Democrats opposed it.

Still, the bill likely will not get through the GOP-controlled Senate and past President Donald Trump’s veto.

House Speaker Nancy Pelosi pledged to take steps to address gun safety after Democrats gained control of the House in January. The bill approved Wednesday would require background checks for all firearm sales, including transactions on the internet and at gun shows. Another measure the chamber plans to pass this week would extend the background check review period to 10 days from three days.

Despite some GOP support for the proposals, many Republicans have decried the Democratic push to strengthen gun control laws. Trump has pledged to veto both plans. The White House argues the bills would put an unnecessary burden on gun owners.

Public opinion has moved in favor of tighter gun laws in recent years following a string of high-profile mass shootings, such as the killing of 17 students and staff members at a Florida high school just over a year ago. Democrats first pushed for gun control steps with broad public support.

In March 2018, 92 percent of Americans said they favor background checks for all gun sales, according to a Gallup survey.

Following the shooting last year in Parkland, Florida, Trump told survivors of the massacre and family members of victims that he would be “very strong on background checks.”