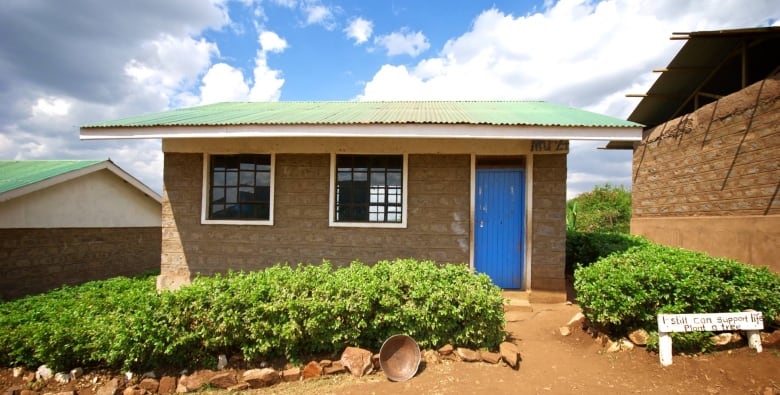 Marc and Craig Kielburger’s WE Charity routinely misled school-aged children and wealthy philanthropists across North America for years as it solicited millions for schoolhouses in Kenya and other projects in its Adopt-A-Village program, an investigation by CBC’s The Fifth Estate has found.

Slick marketing videos, congratulatory social media posts and crowdfunding websites across the internet tell the story of two brothers on a mission to change the world, but under closer scrutiny those digital crumbs lead down a trail of contradictions and deception.

“I don’t know how they thought they could get away with it for so long,” said a former WE employee. CBC agreed to conceal their identity because they were concerned about legal reprisals from the charity for speaking out.

Years after Rukshan de Silva and his high school classmates in Oakville, Ont., raised money for WE to build a one-room schoolhouse in Kenya, he travelled there to see the fruits of their labour.

What he didn’t know during his 2013 visit was that four small blue letters displayed prominently above the schoolhouse doorway were a clue that he and the students from Iroquois Ridge High School had been deceived.

In fact, the letters were a dedication to another group which, online records show, indicated that they, too, had fully funded the schoolhouse.

WE Charity, then known as Free the Children, had collected donations to build two schools. Instead, they built one and told both donors they had paid for it.

“We were told that would be Iroquois Ridge’s school that we had funded,” de Silva said.

The charity was present in classrooms across North America, in part through its Brick by Brick program. School-aged children were recruited to collect small donations from friends and acquaintances — $20 bricks, 500 of which would build a school in an impoverished country.

Now, a months-long Fifth Estate investigation into WE Charity’s Kenyan operations reveals that far fewer schools were built than were funded by donors, a fact that leaked internal WE documents show was co-ordinated at the highest levels of the organization.

There was “a strategic decision by senior leaders” to deliberately overfund projects, a former WE employee said.

The deception resulted in multiple donor groups paying for the same schoolhouses many times over.

WE denies it has misled donors.

The “claims that multiple donors funded the same school” is “false,” WE said a letter to The Fifth Estate.

“Donors understand that the funds [they give] are not simply going to be used to construct buildings. Donors are told that their donations will be pooled with others to do the most good in a given region or village,” they said in another letter.

“We have always tried our best to be very clear with our donors,” said Carol Moraa, a senior WE executive based in Kenya.

WATCH | How multiple donors recived  photos of the same schoolhouse in Kenya:

Multiple donors were sent photos of the same schoolhouse

In March 2021, the Kielburgers appeared before a parliamentary ethics committee. They were questioned about Reed Cowan, an American broadcaster and WE fundraiser.

Cowan had told the committee that a plaque bearing the name of his deceased son was removed from a school he had fully funded and replaced with a commemoration to another donor.

“It should never have happened. We made a mistake,” said Craig Kielburger.

Cowan went on to ask for $20 million in damages from the charity in exchange for his silence on the issue of donor financing. The charity has called his demands “an attempt to extort.”

The internal WE Charity records, coupled with internet archives, newspaper articles and social media posts, show that de Silva and Cowan were not the only donors deceived.

Such activities were common practice and part of a multi-faceted strategy that brought in funding for more than 900 primary schoolhouses in Kenya, where WE records show only 360 have actually been built since its work began in 2003.

The Fifth Estate‘s figure is not complete, as it would not have captured donations that were not made public.

When de Silva took a photograph of the schoolhouse he visited, his understanding was that the $25,000 raised by his classmates had paid for it, as well as supplies, teacher salaries and other community benefits.

Unknown to him was that those blue letters above the doorway, MPCF 24, stood for the Michael Pinball Clemons Foundation, a charitable group started by the former Toronto Argonauts star running back.

An MPCF webpage states school 24 was funded by the Rotary Club of Courtice, Ont., and a man who would go on to become the leader of the Conservative Party of Canada, Erin O’Toole.

“School #24 was supported by our community,” O’Toole wrote on his Facebook page.

The webpage www.pinballfoundation.ca/schooldonors, which documented MPCF’s school construction in Kenya, was available online as recently as Jan. 26, 2021, internet archives show. Since then, the page has been taken down.

The Fifth Estate found the information available at a new URL, www.pinballfoundation.ca /123214fdkfdf4, unlinked to the MPCF site, but still available through a unique keyword search on Google.

Michael Clemons and his foundation did not respond to emails and phone messages.

When The Fifth Estate travelled to Kenya this September and visited school 24, the MPCF emblem was gone.

In an email exchange, Moraa said WE hired a company to do repairs and “the company mistakenly painted over the MPCF numerical system.”

However, recent footage taken by The Fifth Estate shows the emblem was removed, not painted over.

The Fifth Estate‘s research shows de Silva wasn’t the only WE donor who had competing claims with the MPCF.

On its Facebook page, H.O.P.E Calgary, a charitable organization, posted a photograph of a schoolhouse built by WE in Kenya.

“Our schoolhouse is now complete and open to classes,” it wrote in 2012.

Using the same photo on its website, MPCF counts the schoolhouse as one of 108 it had built in Kenya through WE.

One former employee told The Fifth Estate that if other donors asked about the MPCF logo on a schoolhouse, the “messaging” was that WE Charity would tell them it referred to the Kenyan Ministry of Education.

Clemons was among 70 high-profile WE donors who wrote a letter to CBC’s editor in chief in which they disagreed that they “as donors, were misled about the projects in Kenya.”

“It takes funding from multiple donors to ensure schools and school rooms are built,” they wrote, echoing WE’s position that donors understand their money is “not simply going to be used to construct buildings.”

Based on statements from numerous donors found by The Fifth Estate, that does not appear to be the case, with those donors clearly believing their money would fully fund schoolhouse construction.

Teachers Life, a Canadian insurance provider, wrote in 2015 that it had raised $10,000 for the village of “Irkaat, Kenya, where our classroom will be built.”

“The schools in Kenya built through Free the Children with our funding are called Enelerai, Olongerin and Pimbiniet Primary Schools,” it said.

Building a schoolhouse was not an accomplishment invented by donors. WE employees and prominent fundraisers have been telling donors for years that their donations would go to build schoolhouses.

For example, a 2014 tweet from a WE Charity account stated that $41,000 raised by the Royal Bank would be used to build four schools.

While setting up a fundraising campaign to commemorate his deceased infant son, North Carolinian and former teacher Watson Jordan reached out to a WE employee by email.

“Not sure how to confirm the system knows I am building a school,” he wrote in an email shared with The Fifth Estate.

“Our system is aware that you are registered as fundraising for a school,” the employee replied.

Among those who wrote letters to CBC leadership is entertainment executive Berry Meyerowitz. His note to CBC president Catherine Tait shows how close WE is with some of its supporters.

In the letter, he said: “The Fifth Estate is simply wrong in their narrative.”

At the bottom of the email Meyerowitz sent was evidence of prior correspondence with Craig Kielburger. The subject: Draft for consideration. The body: identical to what Meyerowitz sent to CBC’s president, aside from changes in the final paragraph.

When asked about the extent to which he collaborated with Kielburger on the email, Meyerowitz said: “I did not collaborate with Craig at all in writing my email. I sent it to him to ensure my facts and timeline was accurate, and for him to add links to share.”

He added: “This was a personal email to the president of the CBC. Not part of any editorial effort.”

In internal leaked documents, it is clear a donor’s level of involvement with WE affected how projects they funded would progress. WE employees made notes about what construction could be delayed because a donor wasn’t paying attention.

“[The donor] is not the kind of partner that expects reporting against each of the line items in the budget, so we should be OK to push this (all the funding is in the door),” one employee wrote.

Regarding another delayed project tied to billionaire Richard Branson’s Virgin Group, a WE employee wrote: “I don’t see this as being an issue with messaging, as they have not asked us the status of the project.”

WATCH | WE Charity executive says the focus should be on its impact in communities:

WE Charity senior executive on their impact in Kenya

Carol Moraa says focus should be on WE’s impact in the communities, not the infrastructure built. 1:44

Laurie Styron, executive director of CharityWatch, a group that monitors charities for governance and transparency issues, reviewed the leaked documents and said they troubled her.

“They’re relying on the good grace of donors to just not ask too many questions? That’s just wrong. It’s a breach of trust,” she said.

The documents show that schoolhouses were routinely double-, triple- and quadruple-matched to large donors, a practice confirmed to The Fifth Estate by former WE employees. In one example, eight major donors are stated to have funded the same schoolhouse.

When Jordan, the former teacher, received a letter from WE “in loving memory” of his infant son, it included a photo of schoolhouse No. 4 in Irkaat.

Internal documents show that the same schoolhouse was paid for at least four times over by some of WE’s largest donors.

“Lying to people who’ve lost children about doing something good on their behalf,” he said, “that doesn’t seem like an awesome group of people to lie to.”

On Wednesday afternoon, WE Charity released preliminary findings of a forensic accountant it hired to compare contributions made to WE designated for Kenya and spending in Kenya.

The preliminary findings said in part that all donations to Kenya between April 1, 2012, and August 31, 2020, total $74 million. At the same time, costs for projects in Kenya were $54.8 million, while costs for WE Canada, including administration, were $29 million. The total costs were “$83.8 million or $9.8 million more” than donations designated for Kenya.

If you have tips on this story, send emails in confidence to Harvey.Cashore@cbc.ca or fifthtips@cbc.ca  or call 416-526-4704.  You can also visit our securedrop link here.