Wowplus
Home World News Canada news WE Charity contract could have been worth up to $43.53 million, says... 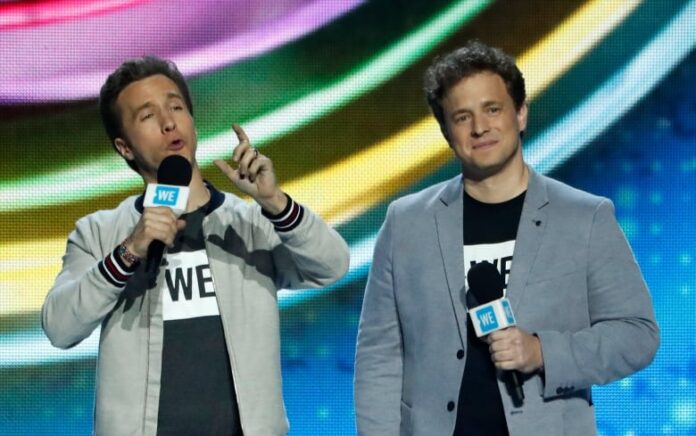 WE Charity could have received as much as $43 million for meeting the commitments it agreed to when it took on the administration of a $900 million student grant program — more than twice the sum previously announced — a federal cabinet minister said Thursday.

Minister of Diversity and Inclusion and Youth Bardish Chagger revealed the $43.53 million figure before the House of Commons finance committee.

Initially, the federal government said WE Charity would get $19.5 million for administering the grant program, with $5 million of that going toward not-for-profits to help them with administration costs. The first payment to WE Charity was intended to create 20,000 volunteer placements.

The deal between WE Charity and the federal government has since been dissolved.

Chagger is being questioned by MPs about her government’s decision to award WE Charity the contract despite the organization’s close ties to the families of Prime Minister Justin Trudeau and Finance Minister Bill Morneau.

“The non-partisan and professional public service made a clear recommendation that WE Charity was the organization that was able to deliver this program in the timeline that was needed,” Chagger said.

Under questioning, Chagger said that the program was not left to the public service to administer because it already had its hands full rolling out billions of dollars in financial supports related to the COVID-19 pandemic.

Chagger said that she did not talk to Trudeau, Morneau or anyone in the Prime Minister’s Office about the program before presenting it to cabinet. She also said she was not directed by the PMO to choose WE Charity as the government’s partner. She said that the recommendation came from senior assistant deputy minister Rachel Wernick.

Under questioning, Wernick said that the federal government needed a third party to help deliver the program that had “massive reach and scale and the ability to mobilize the whole country.”

Wernick said that other organizations were considered, including the federal government’s Canada Service Corps partners, but they were already struggling to administer their own programs. Other groups the government looked at lacked the technological capacity or had no experience delivering similar programs, Wernick told MPs.

“I did engage WE Charity as a potential partner, letting them know the broad parameters of what the government was looking for,” Wernick said.

“They were an obvious option as the largest youth service charity in Canada, with high technological capacity and a Facebook following of four million youth. They had already provided to several officials and ministers a proposal related to social entrepreneurship for youth and indicated that it could be adapted as needed.”

Sr. Assistant Deputy Minister Rachel Wernick said WE had sent a proposal to some officials about a social entrepreneurship program before the CSSG announcement on April 22. <br><br>She said WE sent her a proposal on April 22 to quickly develop tens of thousands of volunteer placements. <a href=”https://t.co/030U9lJXl0″>pic.twitter.com/030U9lJXl0</a>

Wernick said that she reached out to WE Charity’s co-founder Craig Kielburger on April 22 to discuss the program, at which point she was told about a draft proposal the charity had for social entrepreneurship and youth that could be adapted to the Canada Student Grant program’s needs.

“Given the need for speed and scale, I determined with my team and colleagues that their draft proposal was the best available option in the time we had to work with,” she said.

WE Charity issued a statement late Thursday saying that it regularly submits proposals to government and this one was designed to provide a series of 10-week digital programs that would connect people under 30 with experts that could help them launch a business.

“We submitted this proposal on April 9. It is distinct and clearly unrelated to the [Canada Student Service Grant, CSSG]. It was never adopted, because the government went in a different direction, and subsequently reached out to WE Charity to submit a different proposal, along the lines of its proposed CSSG,” the statement said.

Paula Speevak, president and CEO of Volunteer Canada, said there are many aspects of the grants program that her organization did not have expertise or experience with.

“From the beginning we did not have in mind that this was something that we would offer to administer,” she said. “Our assumption was that it was going to be administered directly by government or the Canada Service Corps.”

Last month, Trudeau announced that WE Charity would administer the Canada Student Service Grant, which will provide eligible students with grants of up to $5,000. The grants were intended to help students cover the cost of post-secondary education in the fall. The amount of the grant depends on how much time students spend doing volunteer work.

Chagger was asked how many volunteer placements the $900 million in student grant money was supposed to fund if 20,000 placements could only cost a maximum of $100 million. She did not provide an answer to the question.

The contract awarded to WE Charity was sole-sourced. Chagger’s deputy minister, Gina Wilson, said that a public tendering process takes several months at minimum, which would not have got the program off the ground by the time students started finishing their academic year.

“We acknowledge that this process was not perfect and we remain committed to providing the additional support to both students and not-for-profits,” Chagger said. “We are working around the clock to find a new way to service these needs.”

Prime Minister Trudeau and his government have been under fire since announcing the program and the contract with WE Charity late last month because of the charity’s close association with his family.

Trudeau and his mother, Margaret, have appeared at a number of WE Day events, while Trudeau’s wife, Sophie Grégoire Trudeau, hosts a podcast for the group called “WE Well-being.”

Initially, WE Charity said members of the Trudeau family were not paid for appearing at WE events, although Sophie Grégoire Trudeau had been reimbursed for travel expenses.

Late last week, it emerged that Trudeau’s mother Margaret was paid approximately $250,000 for speaking at 28 events, while his brother Alexandre spoke at eight events and received about $32,000.

Wernick said that she was aware that Sophie Grégoire Trudeau was hosting a podcast for WE Charity but was unaware of the relationship between WE and Trudeau’s mother and brother.

Conflict of Interest and Ethics Commissioner Mario Dion has announced that he will investigate the role played by Trudeau and Morneau in the program.

Trudeau is being investigated under subsection 6(1) of the Conflict of Interest and Ethics Act, which prohibits public office holders from making decisions that further their own private interests or the interests of another person.

Trudeau also is being investigated under sections 7 and 21 of the Act, which relate to giving someone preferential treatment and failing to recuse from a conflict of interest. The prime minister already has apologized publicly for failing to recuse himself from discussions related to WE Charity.

Democracy Watch and the Opposition Conservatives have written to the RCMP asking the force to undertake a separate inquiry into whether Trudeau broke any laws.

Watch: Chagger discusses her testimony at a House committee studying the WE Charity controversy:

Minister of Diversity and Inclusion and Youth Bardish Chagger discusses her testimony at a House committee studying the WE Charity controversy. 15:55