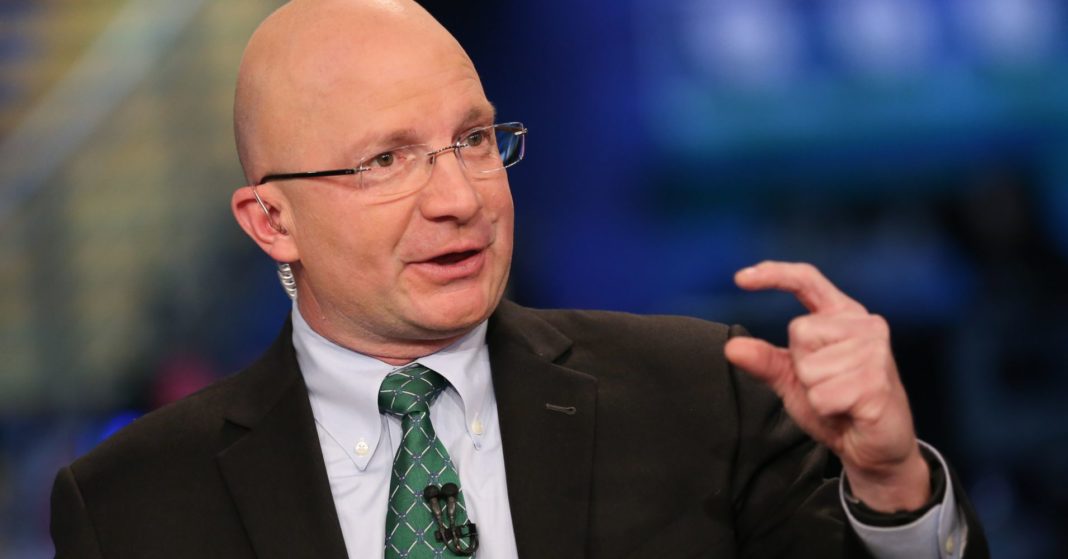 Even if the market sell-off worsens, one of Wall Street’s biggest bulls says now is not the time to turn negative.

Canaccord Genuity’s Tony Dwyer considers it his most important investment advice in this wild market.

“I’ve been one of the biggest bulls during throughout this entire cycle,” he said last week on CNBC’s “Trading Nation,” “I’m going to remain that way until you invert the yield curve, shut down credit and the Fed takes us into recession. We are still just not there yet.”

Yet, he did see trouble ahead earlier this year. Dwyer began warning investors in July that market conditions were pointing to a correction. It’s a prediction he intensified this fall as the market was surging to all-time highs.

By early October, Dwyer saw signs the rally was cracking, and he became one of the Street’s first strategists to warn investors that a correction was underway.

“Corrections happen when there’s excessive optimism and low volatility,” he said Oct. 4 on CNBC’s “Fast Money.” “Bullish newsletter writers again have been over 60 percent. That’s just too much. There’s too many people that are saying pro-U.S.”

“This has been one of the nastiest corrections that we’ve seen just in terms of how sharp the decline has been,” he said. “We’re in the process of retesting those lows.”

However, that doesn’t mean there won’t be any more setbacks.

“I’m not saying that every tick from here is going to be higher,” Dwyer said, adding that historical trends indicate investors should be able to recapture their losses relatively quickly.