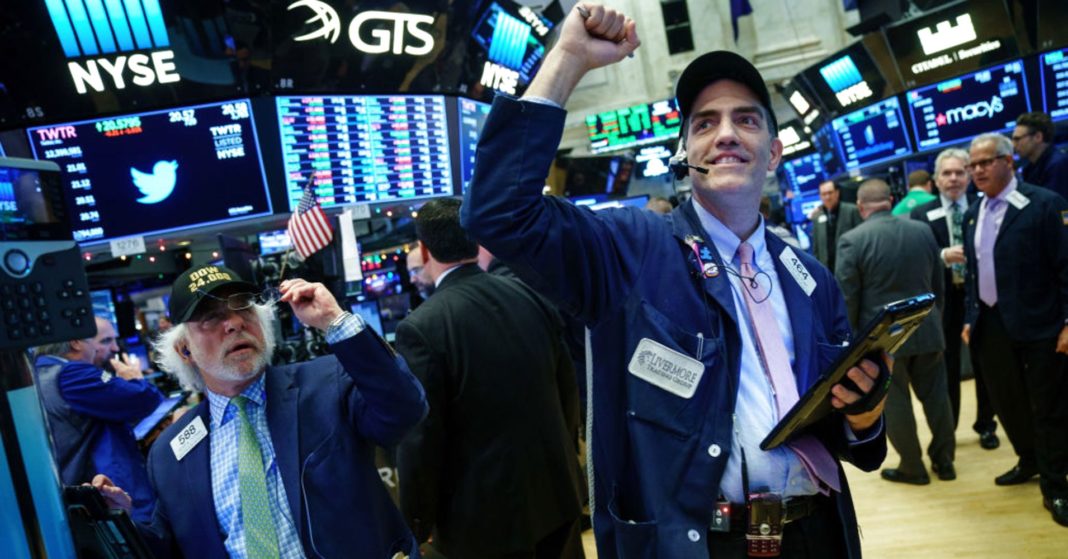 Amazon.com, Walmart, Macy’s, Target – These and other retailers are on watch as shopping results from the holiday weekend – including Black Friday – roll in. Preliminary reports show strong sales with a greater emphasis than ever on online shopping and less on in-store traffic.

Campbell Soup – Campbell is near a deal with activist investor Third Point, according to a person familiar with the situation who spoke to CNBC. The proposed deal would add two Third Point nominees to the board of directors, although the source said a deal has not been finalized and may not be consummated. Third Point has been trying to put five of its nominees on the food maker’s board.

Logitech – Logitech has ended talks to acquire Bluetooth equipment maker Plantronics. Reuters had earlier reported that Logitech, which makes mice, keyboards, and other peripheral devices, was in negotiations with Plantronics, and the two companies confirmed that talks did take place but did not conclude successfully.

AT&T, Comcast, Charter Communications, and Dish Network – These companies are among the cable and satellite providers who will give refunds to those who paid $19.99 to watch Friday’s golf match between Tiger Woods and Phil Mickelson. That comes after a technical glitch with AT&T’s live streaming service prompted AT&T to offer the match for free – causing complaints from customers of other companies who had paid to see the match.

American Eagle – American Eagle was upgraded to “buy” from “hold” at Deutsche Bank, although the analyst’s price target remains unchanged at $24 per share. Deutsche Bank cited valuation for the upgrade in the apparel retailer’s shares.

Intuit – Intuit was upgraded to “outperform” from “sector perform” at RBC Capital Markets, which points to positive results from a consumer tax survey it conducted. Intuit is the publisher of the best-selling TurboTax software program.

PayPal – PayPal’s Venmo unit was hit by a wave of payment fraud earlier this year, according to The Wall Street Journal. The paper said the incidents accelerated losses at Venmo and prompted it to shut down some user features.

Tesla – CEO Elon Musk told Axios that the automaker was within “single digit weeks” of collapse due to the costs of ramping up Model 3 production earlier this year.

Nvidia – Credit Suisse began coverage of the graphics chip maker with an “outperform” rating, saying the recent slump in the stock provides an attractive entry point even with earnings coming in at its worst-case scenario.