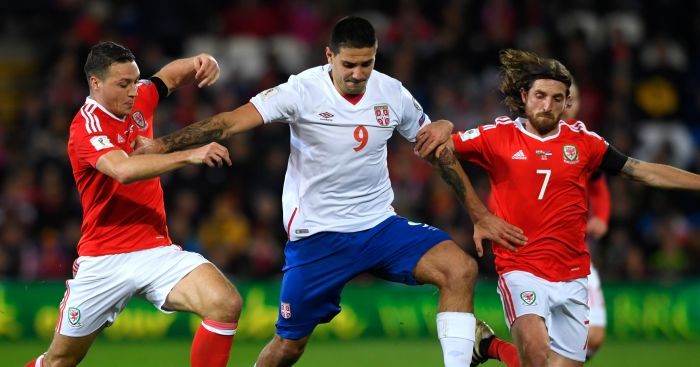 Aleksandar Mitrovic denied Wales victory for the second time in World Cup Qualifying as Serbia earned a 1-1 draw in Belgrade on Sunday.

Aaron Ramsey put the visitors in front from the penalty spot (35) after Crystal Palace midfielder Luka Milivojevic pulled the shirt of Sam Vokes.

But Mitrovic – whose late leveller in Cardiff salvaged a point for Serbia in November – struck on 73 minutes to condemn Wales to their fifth consecutive draw, the longest run in their history. 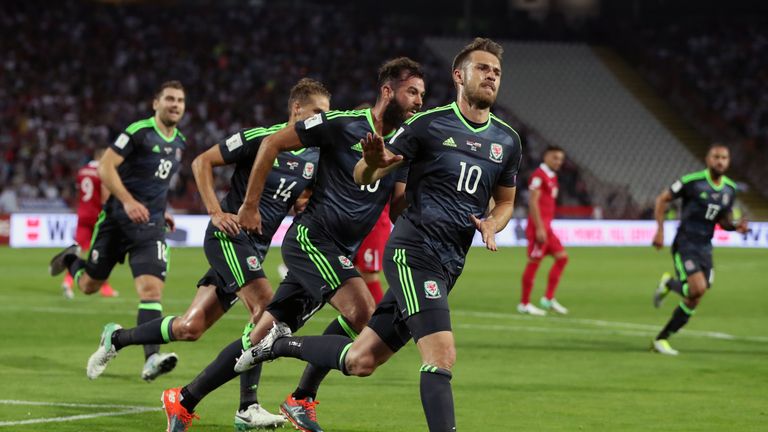 They sit third behind Republic of Ireland, who drew 1-1 at home to Austria, Wales’ next opponents in September.

Coleman, who suffered a humiliating 6-1 defeat to Serbia in his first away qualifier in charge in 2012, made three changes from the goalless draw against Republic of Ireland in March.

But the striker was largely starved of service in the first half as Wales rode their luck before Ramsey’s spot-kick.

Watch Aaron Ramsey’s goal in the first half against Serbia

Newcastle forward Mitrovic miscued two headers – the first a diving effort from a fine cross by Branislav Ivanovic – while Filip Kostic fluffed his lines from 14 yards.

And Wales made their opponents pay 10 minutes before half-time when Ramsey put the visitors ahead.

Serbia ‘keeper Vladimir Stojkovic conceded a needless free-kick on the edge of the area after tireless chasing by the Arsenal midfielder and from the resulting set-play, Vokes had his shirt pulled by Milivojevic.

Ramsey stepped up and sent Stojkovic the wrong way, coolly chipping the ball into the opposite corner.

Portuguese official Jorge Sousa attracted the ire of the home crowd when he turned down two penalty appeals shortly after the break, while Joe Allen picked up a costly yellow card that rules him out of the crucial showdown with Austria.

The hosts continued to press and went close through Aleksandar Kolarov but Wales retained a threat, Vokes nodding narrowly over from a Joe Ledley corner.

Serbia eventually made their possession count and it was Mitrovic who kept his composure to tuck home the equaliser.

Both teams had opportunities to steal a winner as Stojkovic’s firm palm denied Ramsey at his near post and Mitrovic flicked a header wide from Antonio Rukavina’s delivery.